“Welcome to our domain, Nukem”. The NAKED DASH is a surreal and dangerous office complex built by aliens for entertainment purposes, filled with deadly traps and daring obstacle courses. If Duke wishes to survive and escape this nightmare he must first conquer this gauntlet of wits and puzzle solving.

It’s always a nice change to see new releases coming out from the community avoiding the usual trends in theme choices and gameplay styles, instead aiming for something that spices things up for that change of pace. In comes NAKED DASH where Duke finds himself captured by the aliens and thrown into a survival game show to prolong his torment just a while longer before ending his misery. Duke awakens in a cell room with nothing besides a crummy bed, an old newspaper to relieve boredom and an unread message on a nearby screen introducing the oncoming event. NAKED DASH consists of several trials scattered across a faux office building, an artificial representation of a real place constructed by the aliens, which has been filled with devious puzzles and deadly traps waiting to be solved for no other reason besides the entertainment of a leering crowd. 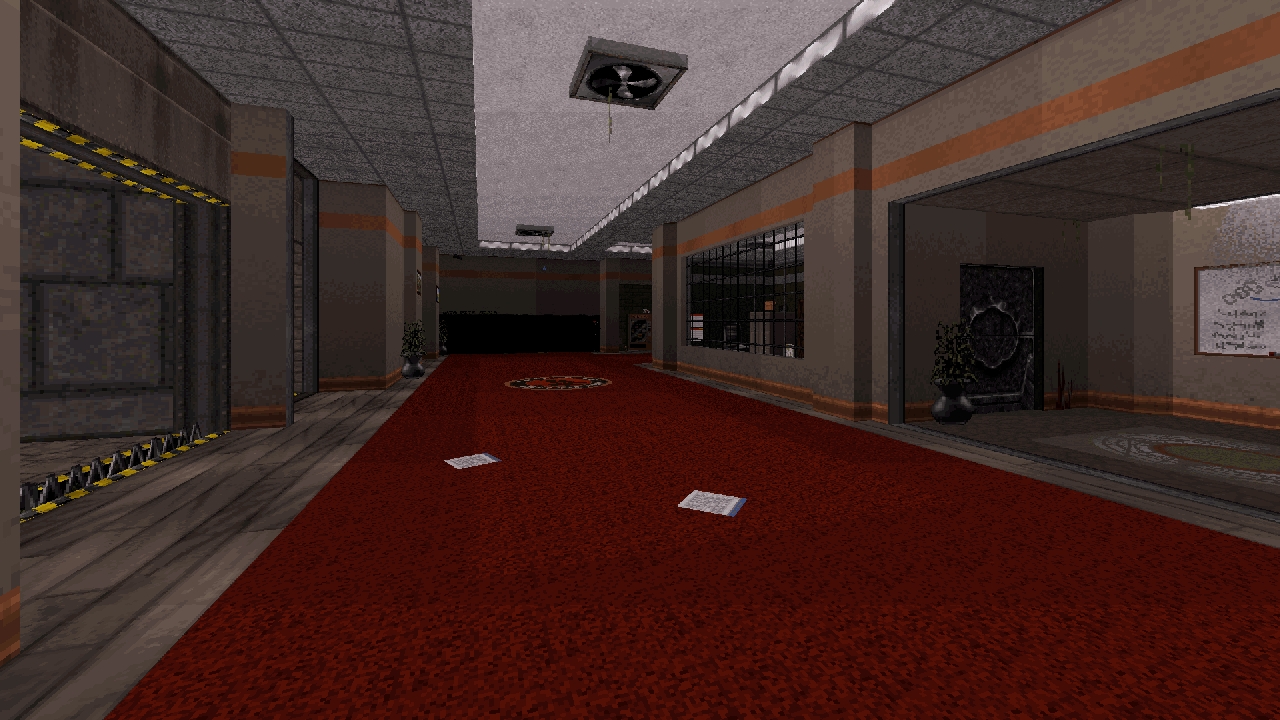 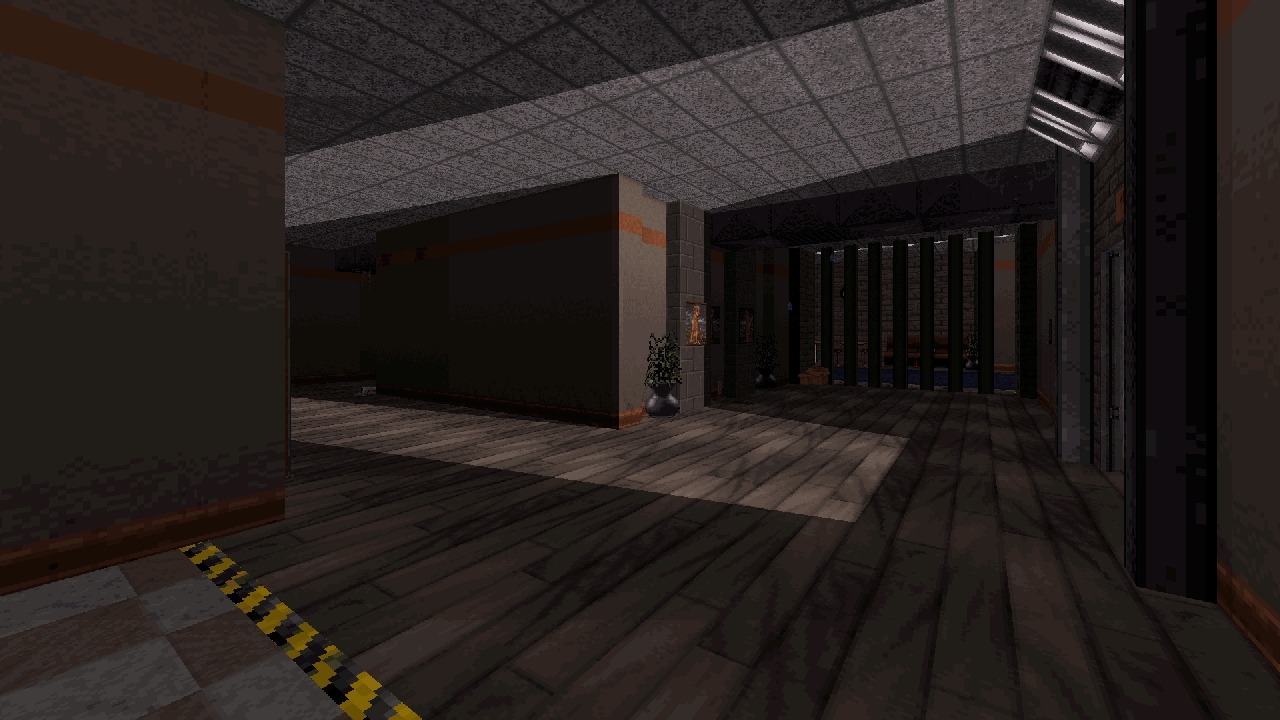 Mister Sinister, true to his name, has crafted various unique set pieces for players to scratch their heads at. There exists all sorts of puzzle types on offer here involving different methods and skills in order to solve them, including but not limited to: fast reflexes to weave through hazards, good mobility for platforming, noticing patterns in the environment and navigating mazes to name a few. Certain chambers otherwise are designed to harm players or outright kill those who cannot complete them within an allocated time. Crushers in combination with tripbombs are quite nasty additions too as either prove to be certain death. Forced into crouching to avoid the tripbombs while slipping past a fast moving crusher is much trickier than they first appear. Other segments might involve projectile wall shooters dependant on beating the area while poor timing might find a rocket to the face instead. Many such shooters will involve the shrink ray in a variation of forms as the central element, which can be punishing in their own way when tackled in areas with grated flooring only to fall through the holes upon being shrunken down. 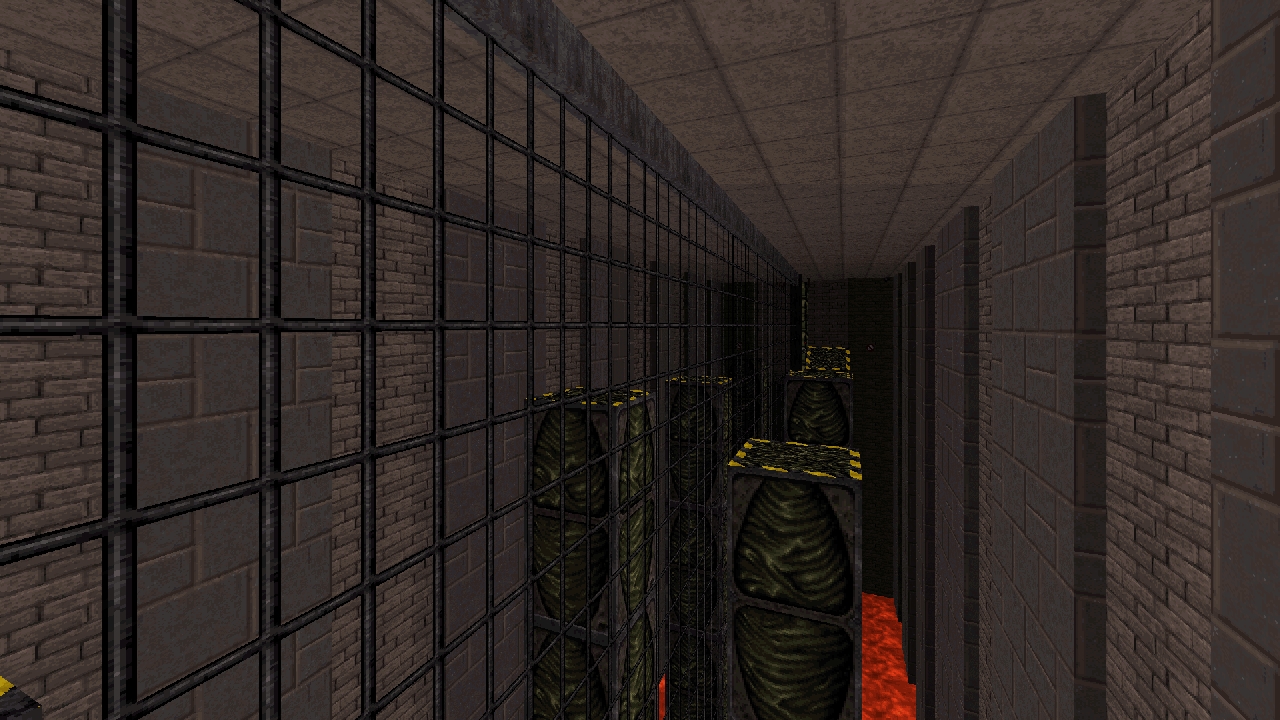 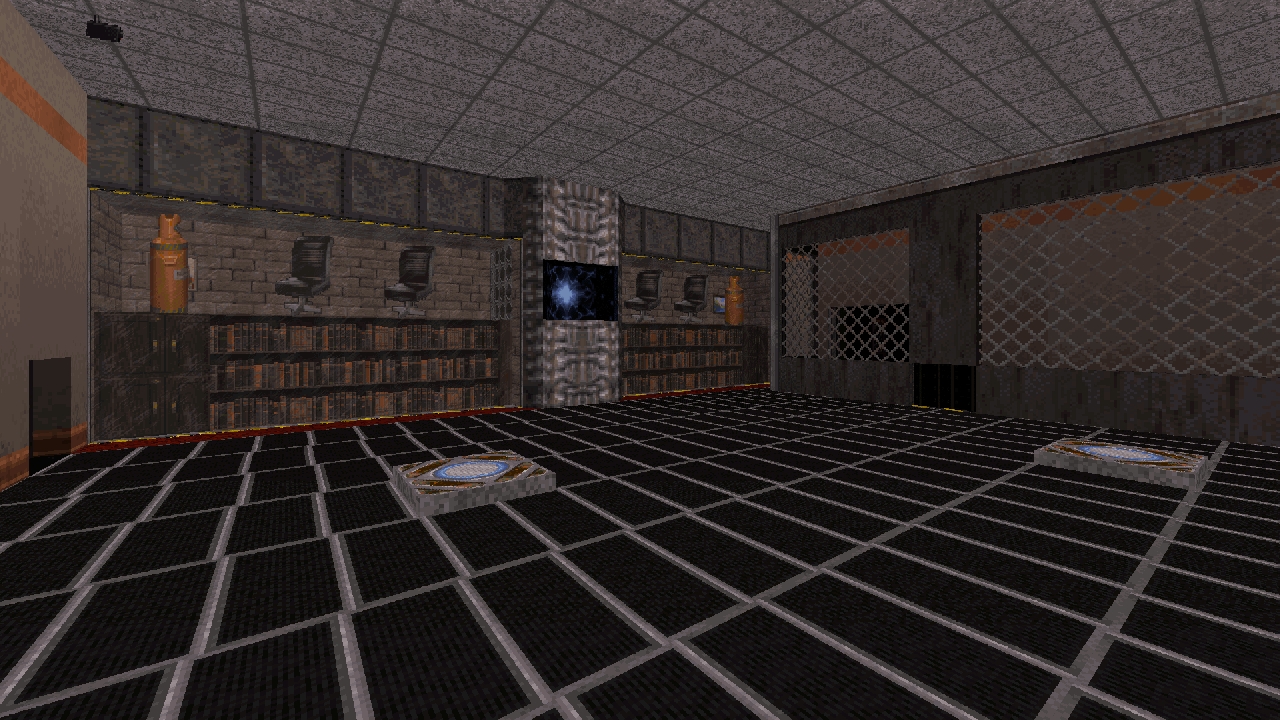 These shrink ray type chambers are potentially the most frustrating to deal with. The two that had me stumped the longest includes one small room where rays constantly bounce back and forth a short distance, forcing correct timing to pass between them, and another set within a long hallway where I’m require to weave through gaps during a specific pattern with finesse. I could in theory comment on each and every chamber available across the NAKED DASH talking at length about how they work and their effectiveness as a puzzle, but I’ll just summarise in that the overall technical feats pulled off here were impressive and were definitely a highlight better experienced first hand than told about. No particular puzzle held me back for too long in terms of finding a solution as their intents seemed clear enough to me. It was just a matter of executing those plans which can make or break certain players progress, some chambers more difficult than others. 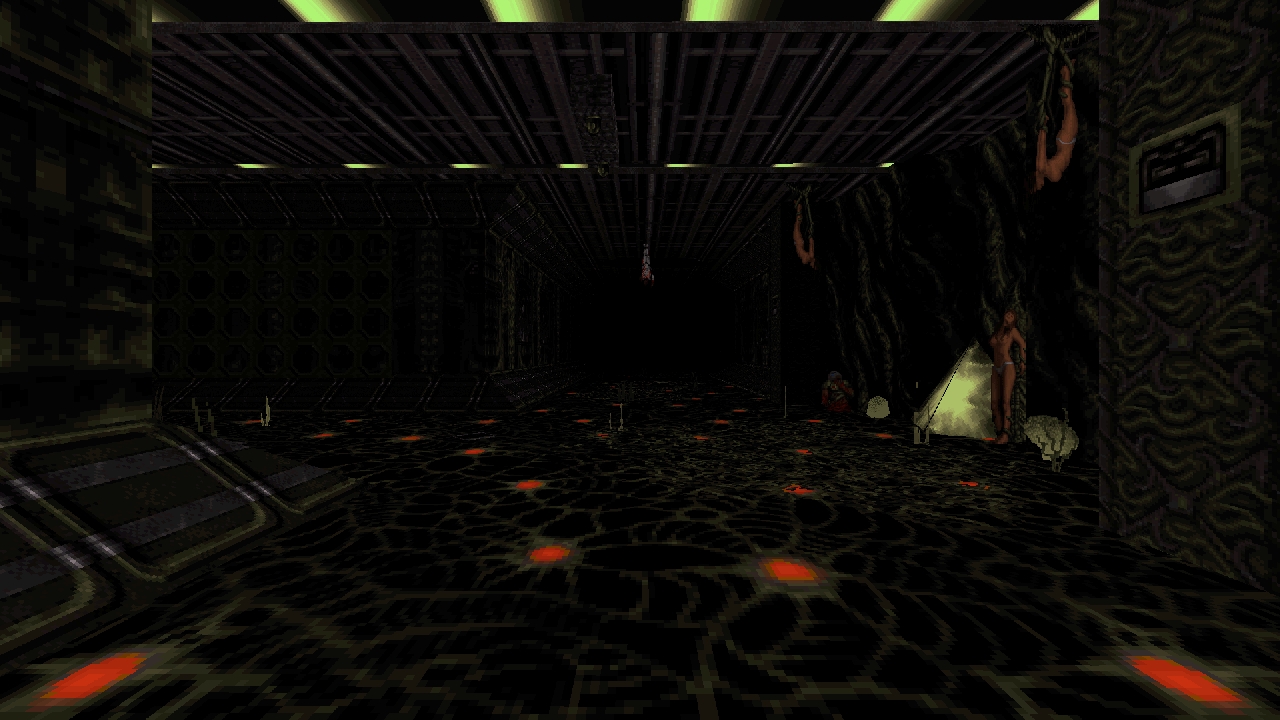 Once the final stretch has been cleared it became evident that not every hole had been filled in just yet. There were unused keys dotted about and messages leaving behind clues, surely Duke wouldn’t just allow himself to his fate waiting beyond the crane journey? True enough, NAKED DASH is best described as two levels in one and I especially like how this entire second half locks players out unless they were thorough and observant in their exploration efforts whether that involves collecting all key cards or otherwise. I honestly didn’t expect to see much continuation past this point considering how much mileage Mister Sinister managed to pull off with those puzzle segments alone. Despite having the means and knowledge to reach the true finale however, due to some disagreements with Eduke32 versions causing a bug preventing access there, I had no choice but to cheat during my first attempt. In a recent session with an updated Eduke32 I can confirm the intended method works first time without issues, but it’s still not quite perfect on further attempts so an alternative measure was put in place during a v1.2 map update. I point this out since not only did my experience get interrupted here thinking I was doing something wrong, but also because I hope that later versions of Eduke32 continue to future proof any problems which can potentially break a level from using gameplay mechanics with specific behaviours found in vanilla Duke3D. 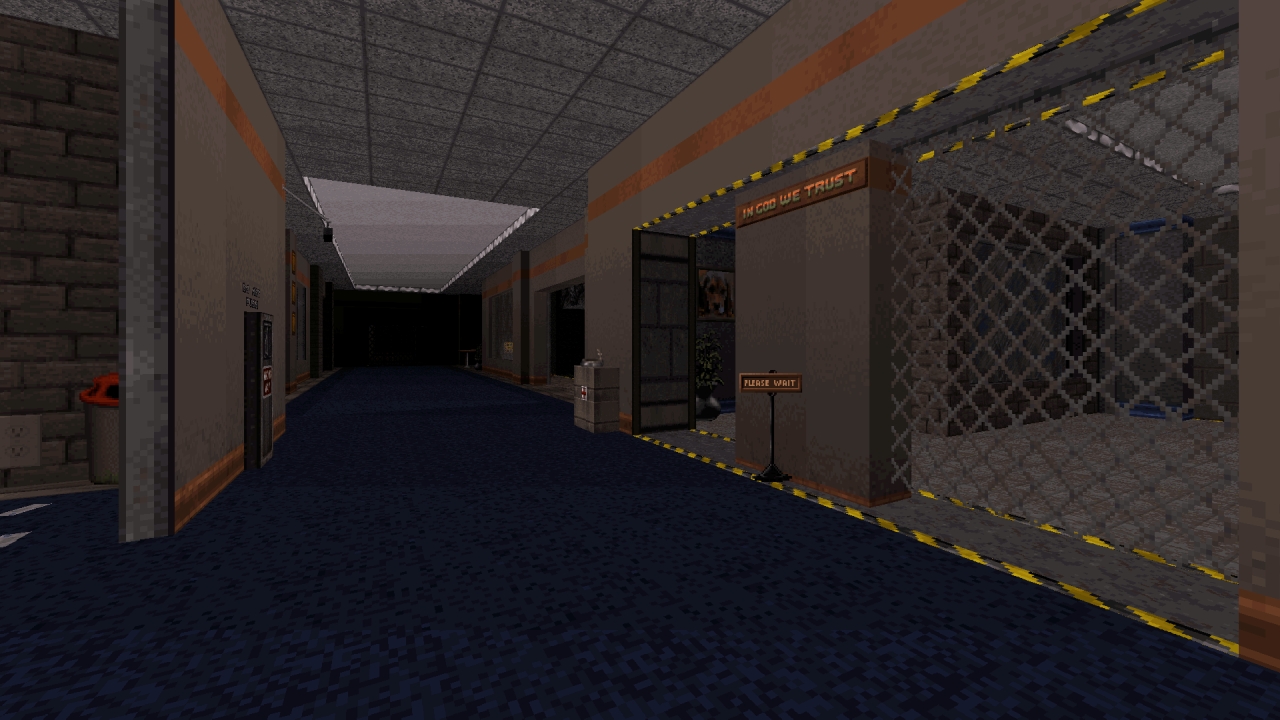 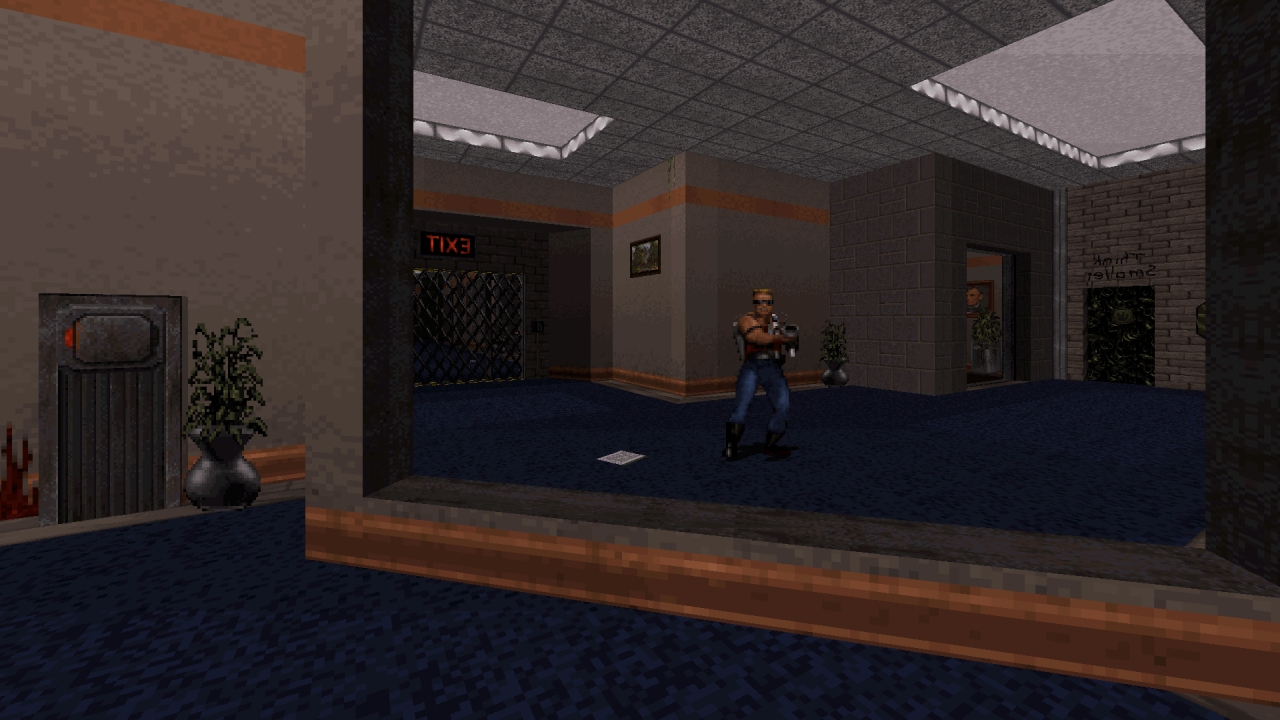 The second half of NAKED DASH is a complete opposite to its former half, a purely action focused section packed to the brim with enemies as players venture behind the scenes to enact their sweet revenge. Your reward for completing their sick challenges was supposed to be death, so getting an opportunity to rub that victory into their wounds was an excellent way to round off the whole experience and even allow others to relieve any pent up frustrations any puzzle might have built up. Combat is tough due to a relentless number of enemies popping up while supplies remain low and limited in weaponry choice. Most foes are heavy hitters lurking behind every corner so acquiring any new gear is comforting, using what few pipebombs on hand as effectively as possible. In some cases progress can feel like a battle of attrition if care is not taken, better to take it slow and remain resourceful. I both adore and appreciate the role protozoid slimes were given here because of that. Now that the office building facade has been removed players will venture through an alien facility to see everything from the enemy perspective as they fumble to restore order. In ways its comparative to the areas in between test chambers from PORTAL 2 where players get to see the innards of this alien vessel, rummaging through their large stockpiles of earth-like decoration and objects, observe than unfinished extensions for future development of the NAKED DASH and even take curiosity in a control room peeking on Duke via cameras during the game show. 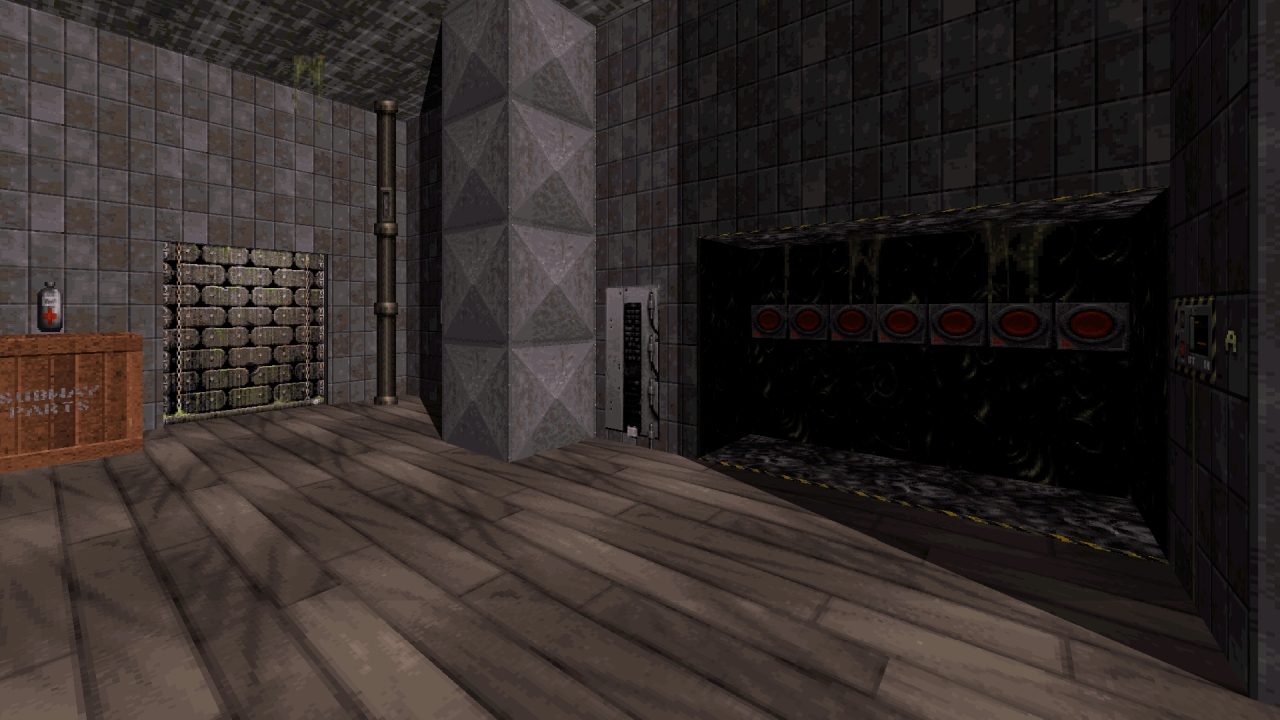 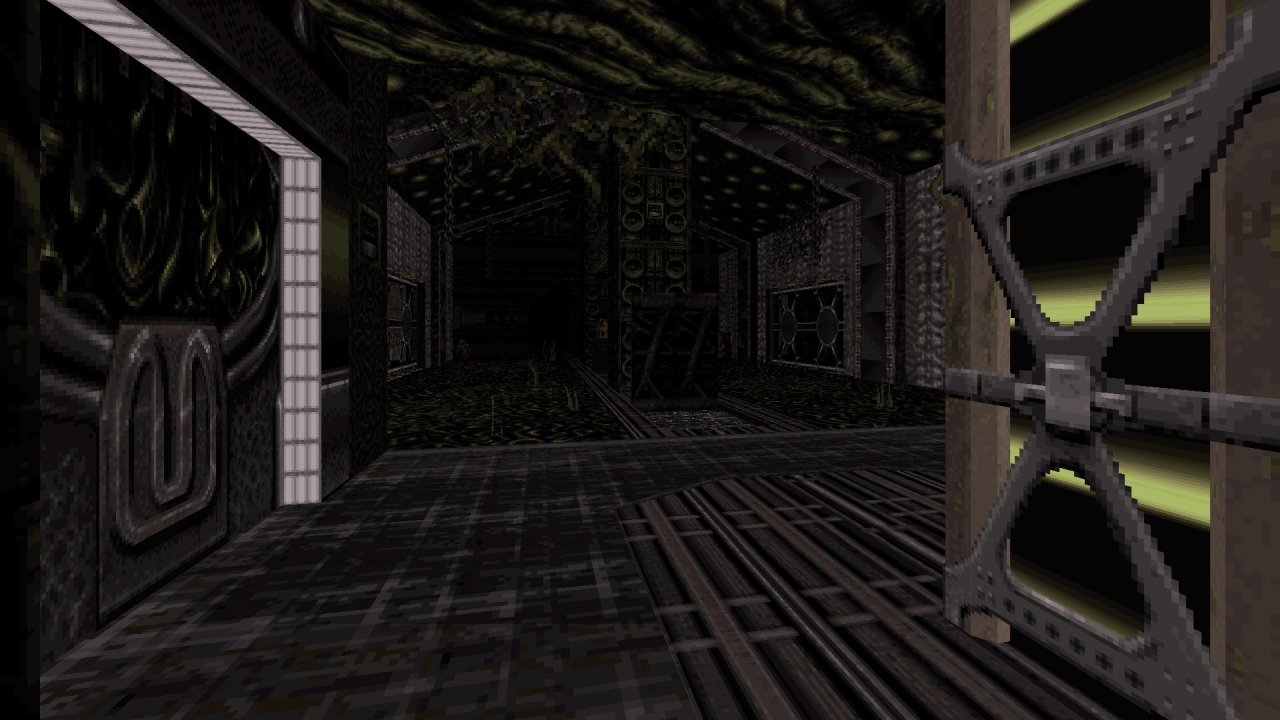 With the entire level in mind, the only and biggest complaint I do have is how the level ends. From the whole process fighting desperately, inching forward while clinging onto what frugal supplies are scattered around before emerging into the final stage to face off what might possibly be the last remains of alien forces inside this facility, a last ditch effort by them to stop Duke from escaping. All of this great up until grabbing the last key to reveal an unremarkable battle against the Overlord as if an obligatory checkbox was being ticked off all in order to conclude the level. It may be a result of my own negative bias but I’ve always disliked this apparent necessity to end levels with boss encounters in such a bog standard way. Unless of course there is a unique spin on the fight itself (see Metropolitan Mayhem), I simply don’t find them engaging and feel no different here. I would have preferred to experience an escape sequence instead, perhaps jumping onto an alien life pod while the base prepares for self destruction and watching the place go up in flames as Duke drifts away.

NAKED DASH offers a breath of fresh air by sticking to its puzzle centric gameplay. The technical feats are impressive and does an excellent job crafting a wide variety of chambers to solve, each requiring different skills to conquer them. Intended solutions were clear but executing those plans may be another story depending on player to player. There were times of frustration and times of glee as progress is made little by little. Having an entire second half of the level locked behind certain other requirements was also a brave choice to make but rewarding enough by relieving that stress by kicking some alien arse for sweet revenge. I feel Mister Sinister has found a particular niche they excel well in and look forward to what other experimentations they have brewing.