Word has it that the heretical forces are lurking within the frozen caverns nearby, plotting their evil schemes or perhaps wandering around with aimless goals. Doesn’t matter though, they must be cleared out to forbid them any advantage. The only entrance there is by boat and thus you set sail toward their current lair.

It’s difficult not to be initially impressed in regards to design upon glancing at the starting scenery, your boat docked at a pier surrounded by cracked ice, while a bastion built within the cliff edge ahead beckons you to come closer. These visuals will only improve further ahead since ICEBOUND has many impressive looking areas to wander into. At its core the main theme tackles some kind of fortress built within large frozen caverns, therefore a lot of interior spaces are to be expected varied between organic rock and man-made structures. Grand is a suitable word to describe how tall chambers often loom over the player, a vertical space working in favour of Gargoyles who just love to pester you for attention. The colour vibrancy in Heretic’s texture selection has been exploited well by Lutz to break up an area otherwise limited to neutral tones, creating sensible contrasts in each environment. Lighting is another aspect I truly fancied being put to good use here, constantly shifting between light and dark. But what caught my eye was the directional sunlight enhancing every scenic view outside. Not once do I notice any drastic drops in quality showing an obvious degree of tender care during its development and quite possibly the most gorgeous looking Heretic wad. In fact I could probably blab on about the visuals all day, so swiftly moving on! 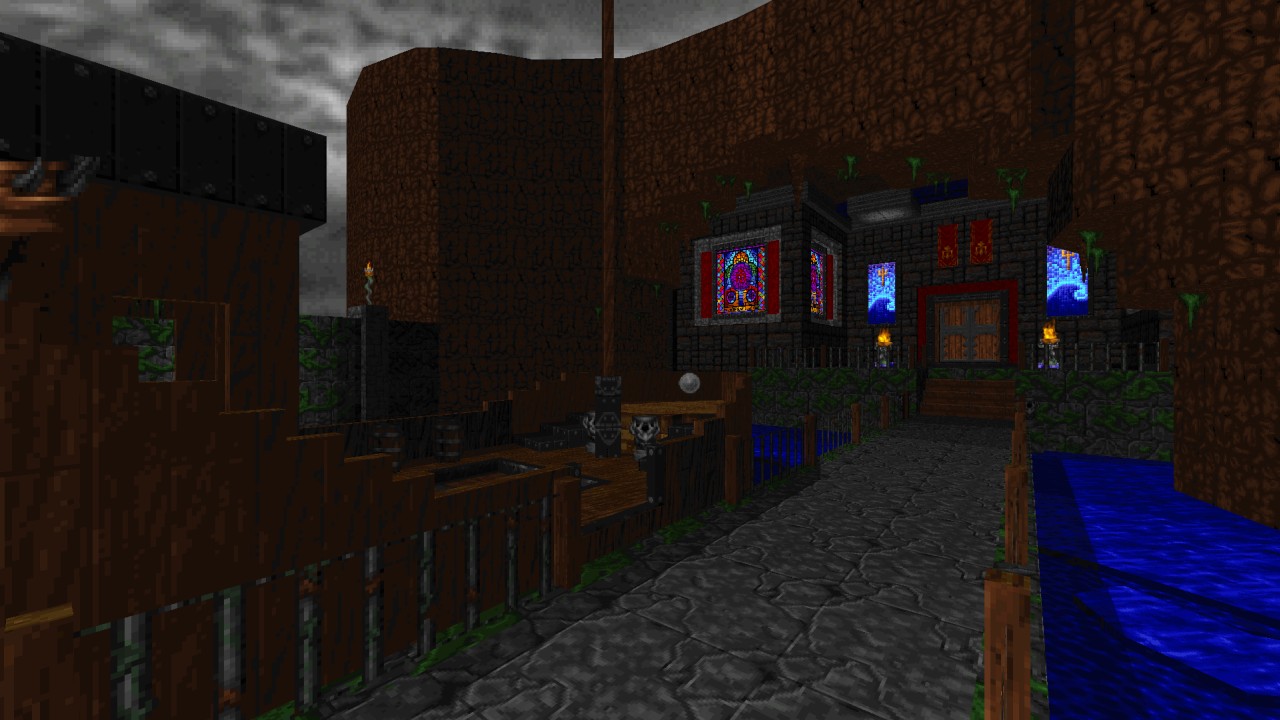 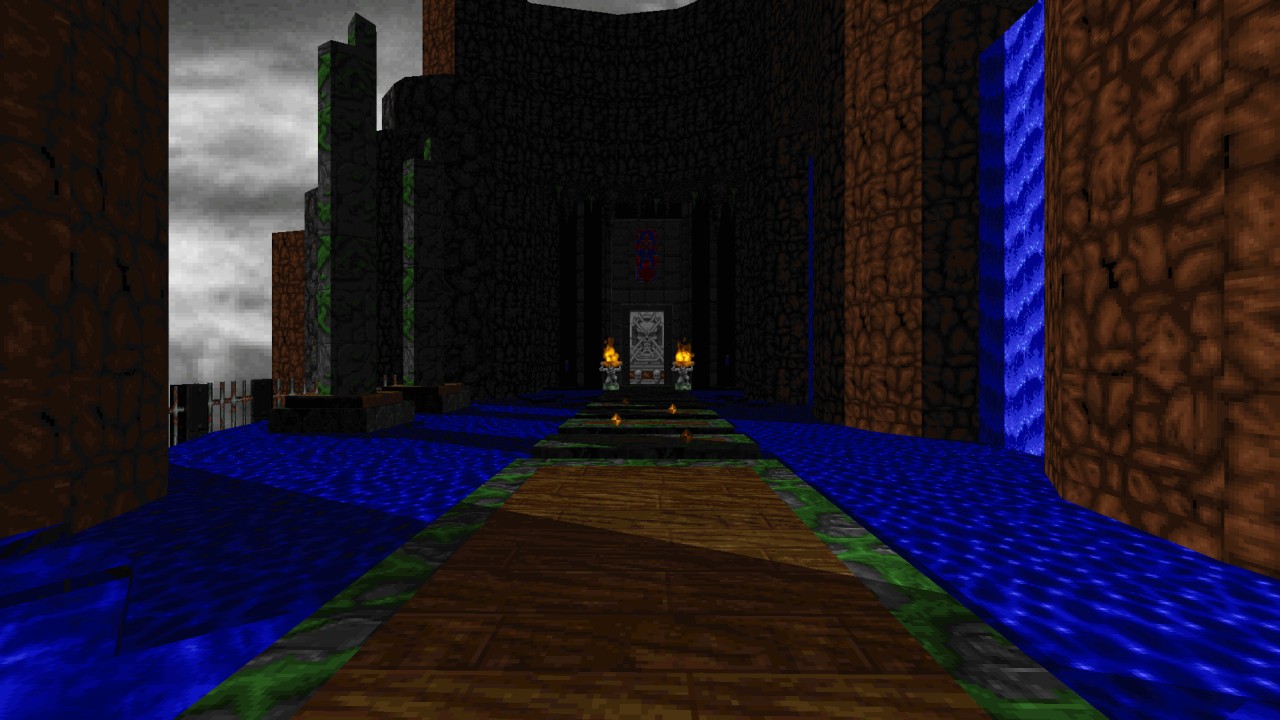 ICEBOUND is a straightforward ordeal since there aren’t exactly many opportunities to divert from the given path to your next goal, though shortcuts do open up over time to scavenge up extra supplies from previously beaten paths. Progression simply remains to the point and doesn’t pretend to be anything more. Lutz remedies this linearity by converting each area into memorable set pieces in their own right. Just don’t expect any random explosions or epic armies to slaughter however, this has been approached in a subtle manner. ICEBOUND revels in its simplicity, instead aiming for several well paced and controlled encounters. Enemy usage is as varied as design but limited to certain tier groups at any given time. You won’t face against more than three types of foes at once, saving others for later where they work best. For example, Gargoyles will be a common occurrence set on distracting players while Undead Warriors lob axes from ledges. Meanwhile either Golems or Weredragons approach from ground level. My only complaint would be the placement of Sabreclaws didn’t create any sense of threat, turned into mere fodder by dealing with them from a higher position. They’re never seen again beyond this point, at least on the default difficulty. Speaking of effective scenarios, there was one I enjoyed located in the Phoenix Rod room I enjoyed; A water reservoir converted into a lava trap through neat effects, ambushed by Disciples and left to deal with them while limited to the central island. Restricted movement and being surrounded made this fight tricky to accomplish without taking too much damage. 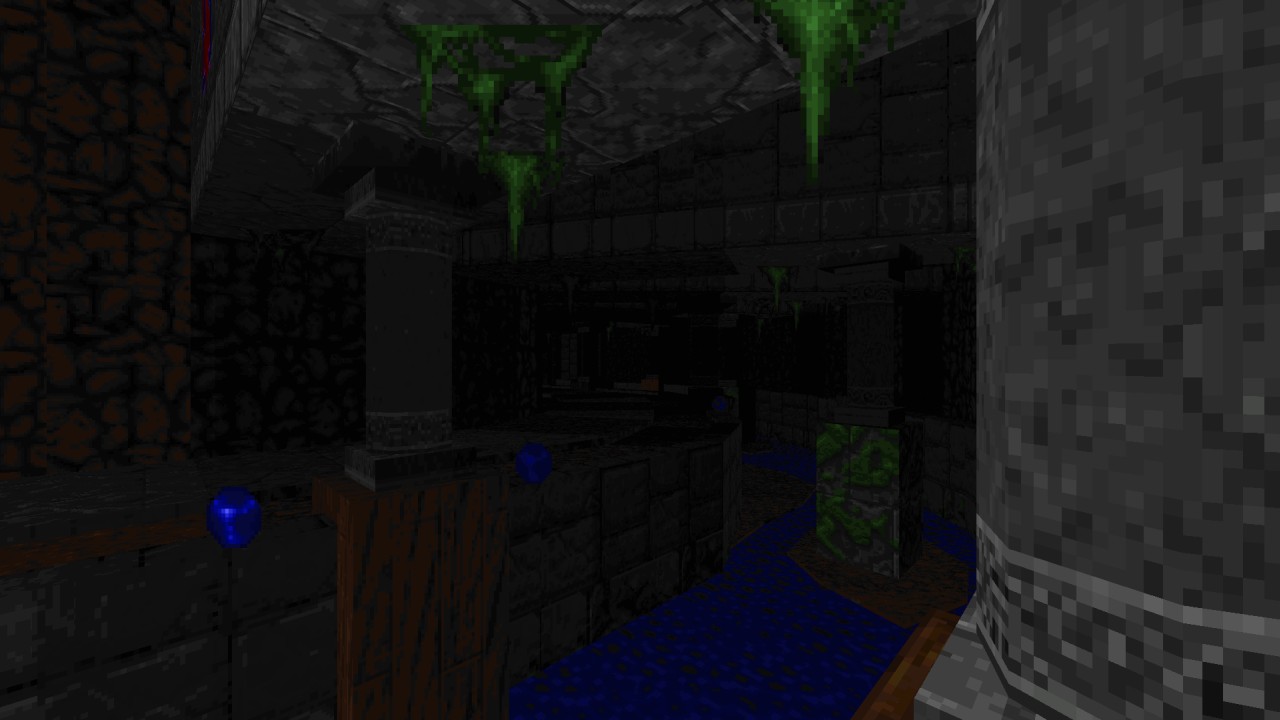 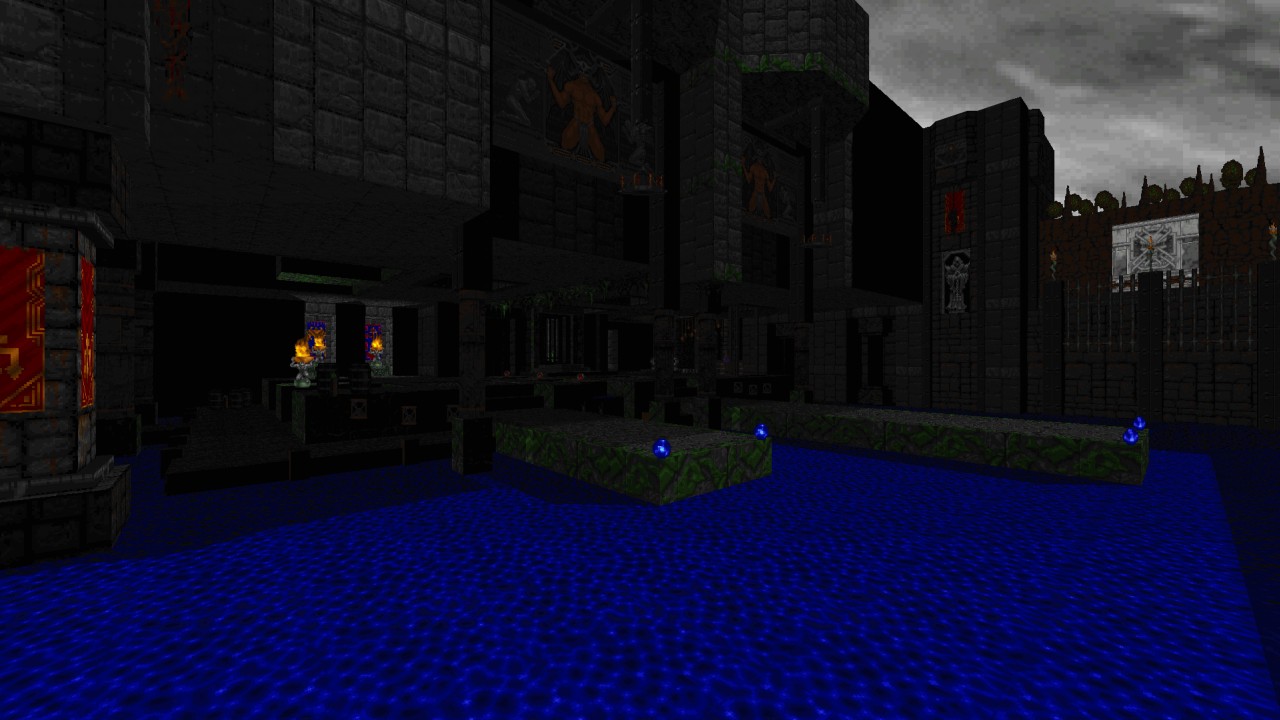 Lutz presents a gorgeous level focused around grand set pieces and well paced enemy encounters. Despite the linear progression ICEBOUND still offers several memorable scenarios differing between each area, some trickier to accomplish than others. There is plenty of variety to be had with gripping combat and pretty visuals all round. Time well spent!

Icebound takes the E1M3 map slot. Use the console and type; map e1m3