An army of aliens have overtaken a Hollywood post-production facility. They’re converting the audio and video studios to fit their own purposes, to spew an endless stream of nonsense into human homes via their television sets. As the last surviving employee, get the hell out of there!

Based off the actual Post Logic Studios in Hollywood from ’97 and originally began as a Doom II map, Post Logic is a fairly non-linear level where players’ first priority is to locate the yellow keycard to make any further progress. There are several rooms to explore despite its small scale managing to pack a lot within a small space, but in turn causes a small handful of locations to feel a little cramped. The layout allows players to cover its entire interior space and at any time wander out onto the exterior terrace which surrounds the building. Actually finding my first key took some effort, spending a lot of time checking around all corners the eyes can see and discovering many secrets long the way. The problem I had finding the key however persists with how the level has many dark sections, easily missing a vital door that blended into the wall first time I went there. Even enemies are positioned to exploit these niches often catching me off guard. Otherwise foes are found lurking inside a number of rooms meaning its easy to get shot in the back if care isn’t taken. Sometimes a well placed pipebomb did wonders for those larger groups hoarding a single place. 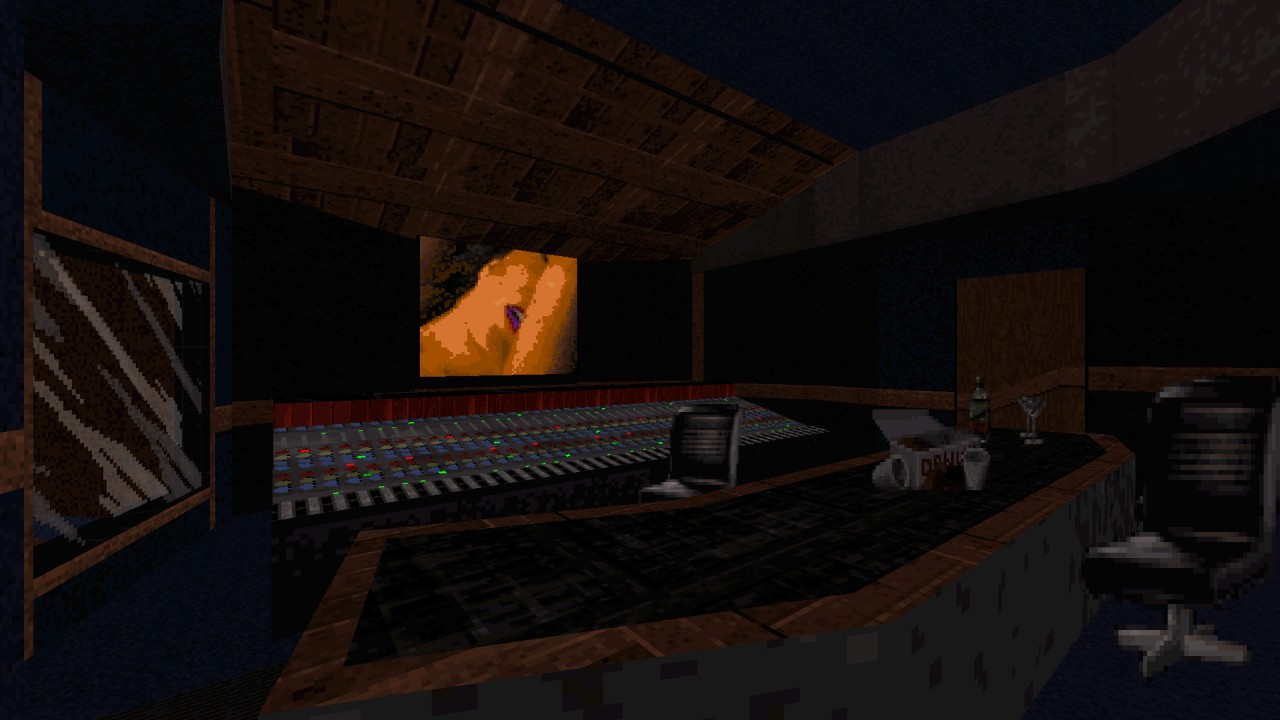 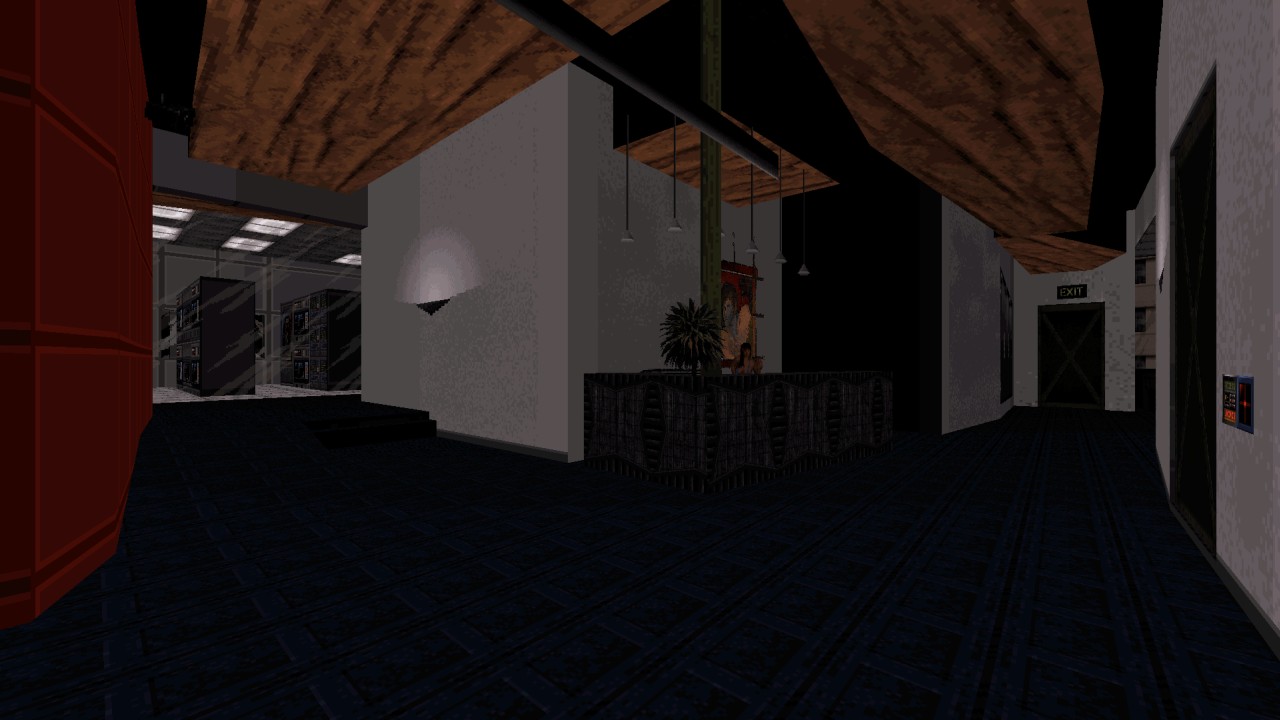 PL takes on a non-traditional mapping style not often seen in these older levels, trying to replicate a real world location into the engine as accurately as possible. Of course there were some liberties taken with Bryant throwing his own ideas in there for good measure, but despite his efforts the design came across a little too abstract at times. Custom textures are also utilised to accompany his intended replication, but the texturing itself is often sloppy with misaligned, overstretched and simply little care to keep the visuals polished. Seen as a whole though the level looks appealing and some rooms are easy to understand what purpose they represent, while others sporadic. I do commend the effort to avoid creating a boxy looking environment using varied angles for rooms to stand out and an artistic rockery style ceiling along the main halls. There’s also a few other minor details dotted about such as a boarded up door found in the flooded underground parking lot, while the opposite side has water leaking through. 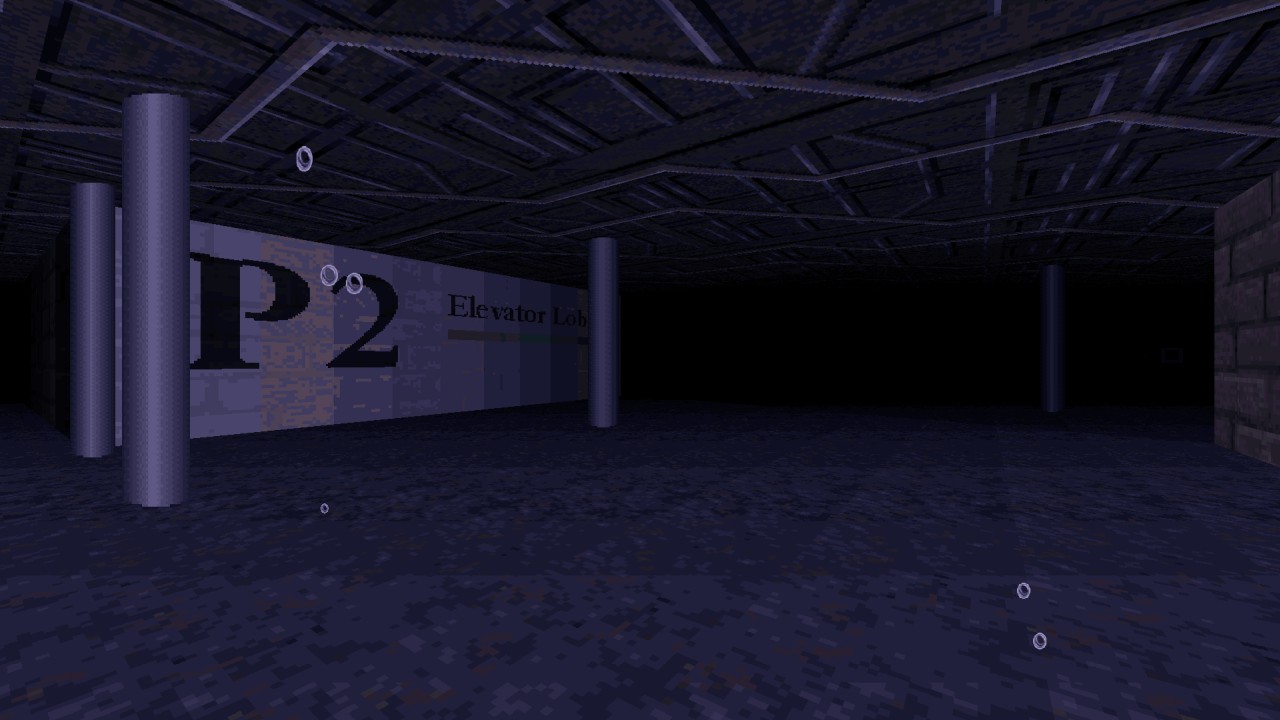 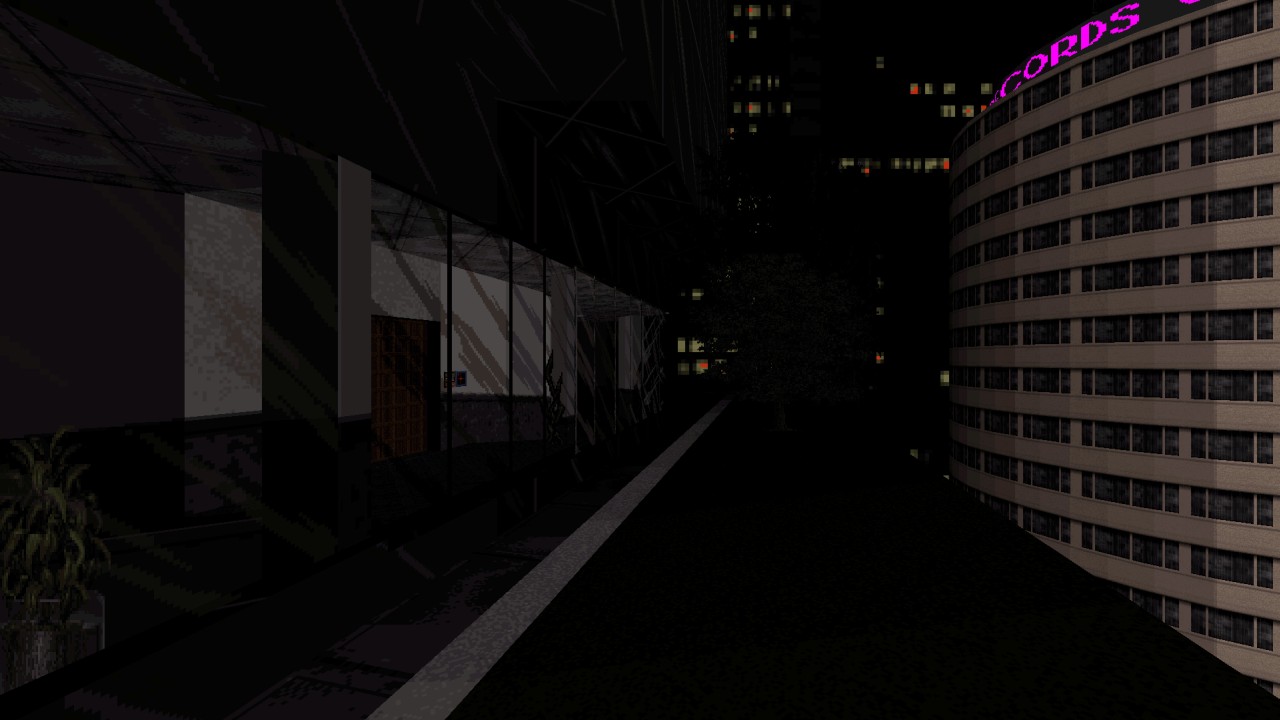 Despite its age, PL approaches a real world location with tack unlike some oldies around its period, but still lacks polish and feels visually sporadic at times. The level is otherwise a small, decent enough romp offering simple combat and an occasional enemy hiding in dark corners.