The setting here takes place inside of a strange and bizarre world, floating in a seemingly endless void. This level is specifically designed with ZDoom features in mind and will include a selection of jumping segments, puzzle solving and new enemies to fight.

VOID opens with a short cutscene where a group of scientists are busy working on a new gateway experiment, which by no surprise to anyone goes absolutely bananas. Except this time things take an unexpected turn of events. Everyone inside the lab is suddenly whisked away to a strange and bizarre location. It is not the fiery pits of hell however, but instead a plane suspended within a void where very little makes sense. There is no seeming logic to its paths and layout, including an entire outdoor area appearing upside down and a never ending drop below. Bricks and wooden planks are torn away from their seams while the remaining structures float in mid air and parts of the architecture, such as the electric lighting, bounce cheerfully while the sky dances in its many colours to an incredibly catchy new music track. Getting out of this place and returning home is the obvious goal going forward, but that task won’t be so simple with torment lurking just around every corner. Players begin their journey after a hard crash landing leaving only a third of their health points remaining, while a nasty bunch of Imps ahead screech at your presence. 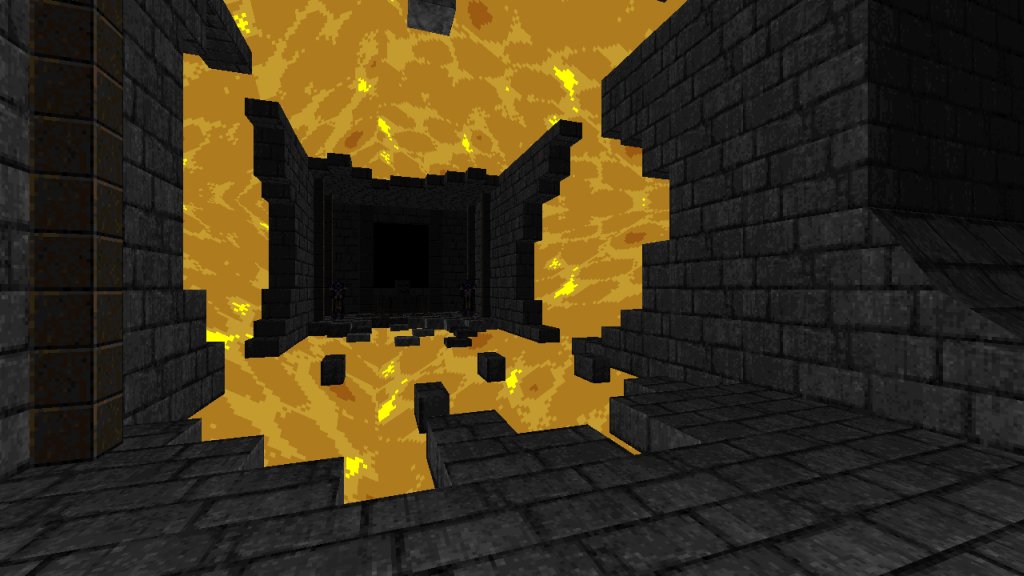 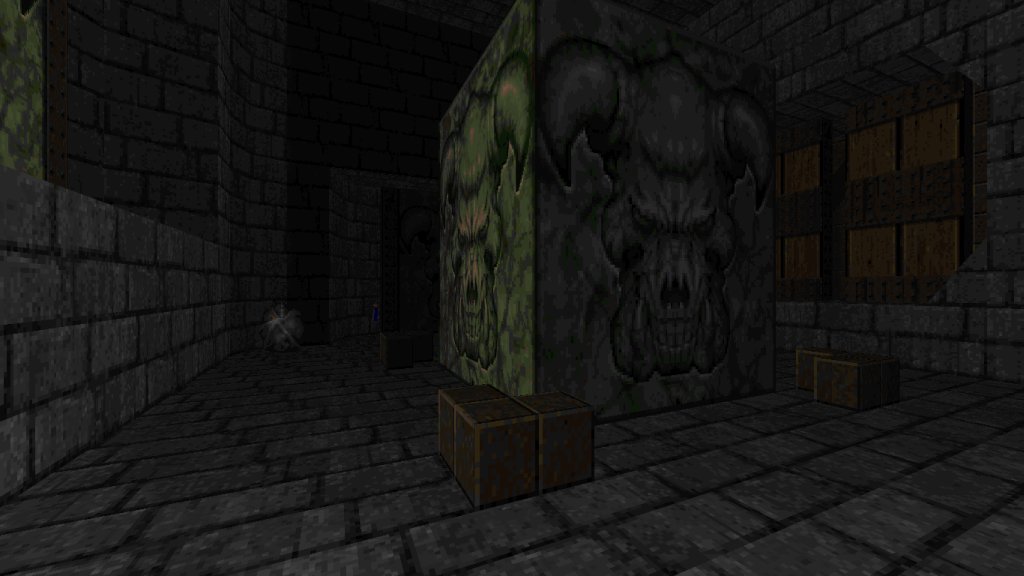 Navigating around this hostile environment will not be an easy feat where many obstacles along the given path will require precise jumping skills, or simply die trying. This was not an enjoyable part of the experience and my least favourite part of VOID, especially upon realising how they play a significant part in getting around. The pedestal for placing skull keys is one example which needs to be done three times both directions for each key found. Tedious to do with no access to a shortcut being present after succeeding once. Overtime I grew impatient since I’ve never felt jumping segments work particularly well in Doom considering the amount of sliding present in its base movement. Gameplay is otherwise centred around switch hunting and locating each of the three skull keys. Retrieving the yellow skull key had to be one of the best scenarios of VOID, giving the player no choice but to have themselves shrunk in order to unlock the way forward while defending themselves against spiders after invading their territory inside the walls. Simple puzzles will also need to be solved around the half way point with clues kindly located within the same room to keep guess work to a minimum. 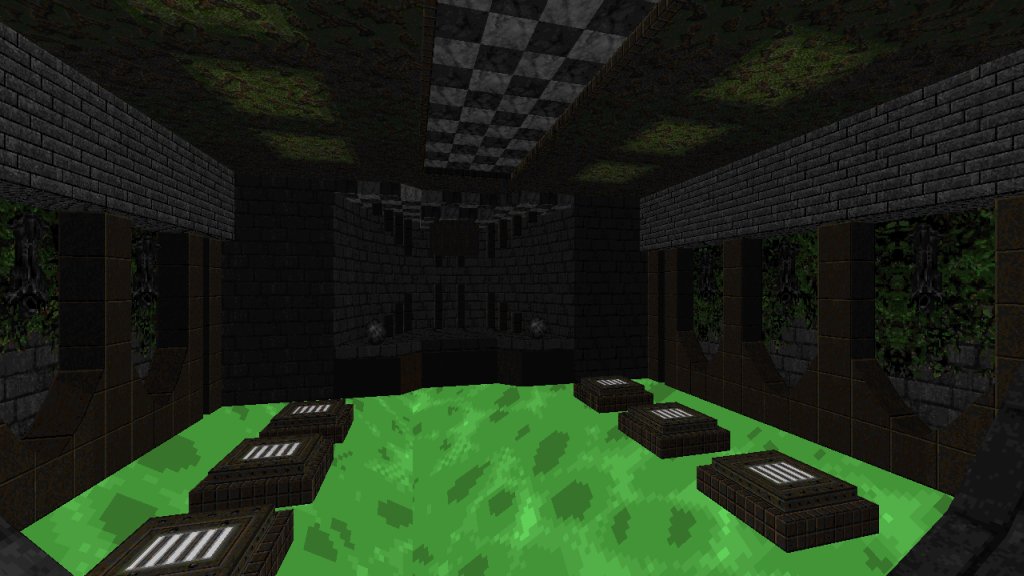 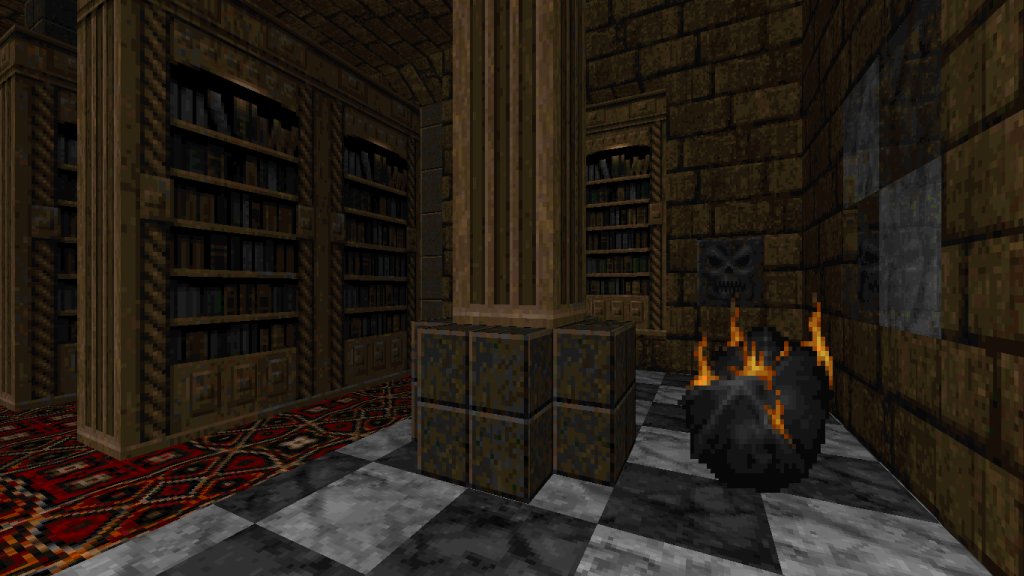 Combat in turn is often used to break up all the other tasks if only to add a little spice. There isn’t much depth to the fighting here, usually tackling a small bundle of demons that happen to stand in the way. New enemies taken straight from Hexen do make an appearance if only to keep things fresh and less Hellish in context, and I loved the cosmetic changes to Imps and Bulldemons to resemble the white, black or red floor tile colour they reside in. There are also two boss encounters during VOID. The first is against the Cybie who stirred up trouble back in the labs, an intense fight given the lack of space to avoid being force fed his rockets. Though I must admit that the trap corridor just before this was possibly more frustrating with its touch plate crushers and hidden pitfalls. Heresiarch from Hexen, who also appeared during the introduction, fills the gap for boss number two and follows the same principles from that game. Cyb includes some tips in the text file regarding his attack patterns for those who may find themselves in trouble. 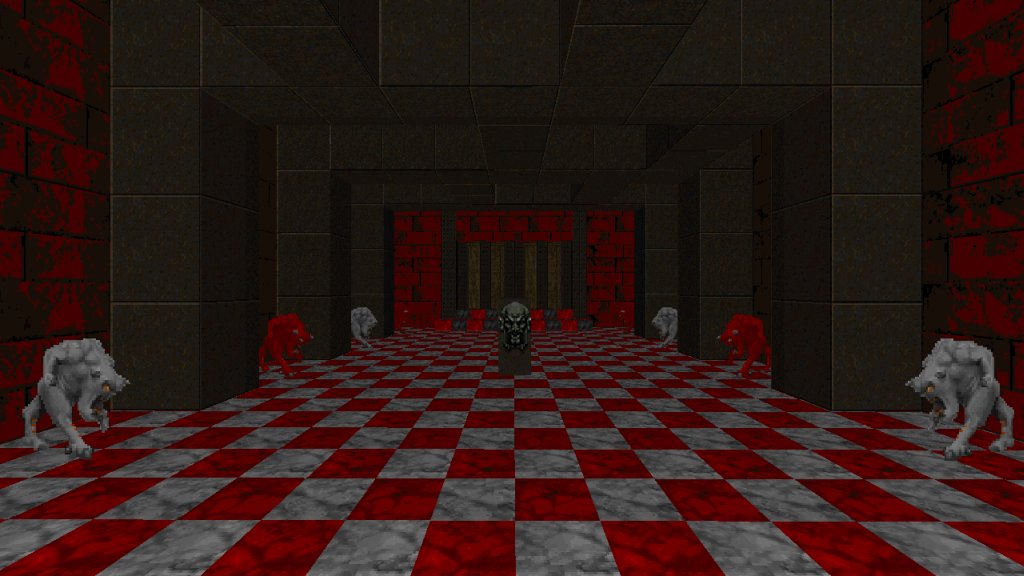 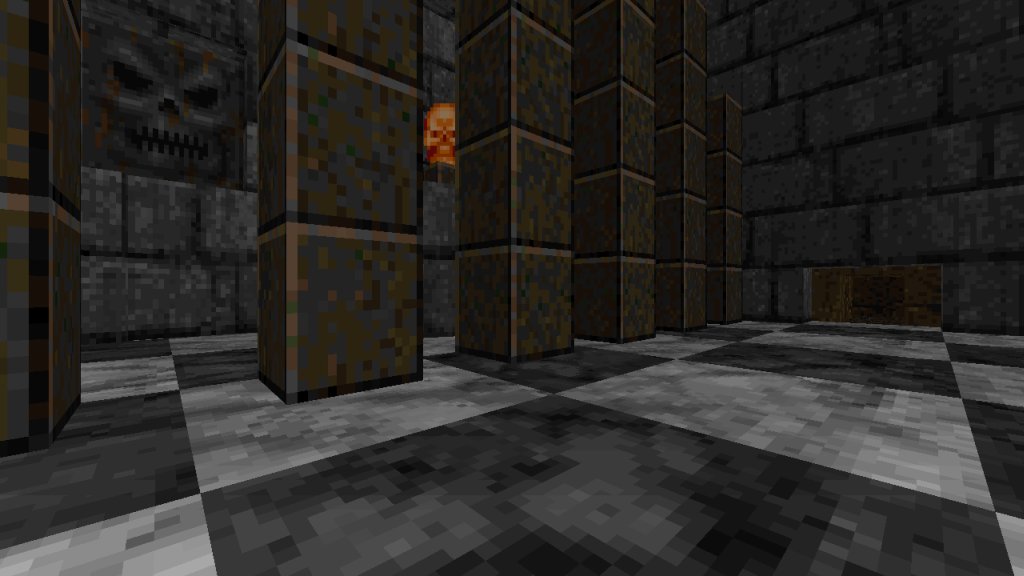 While I had no major trouble regarding health, ammo does appear to be limited during the earlier sections for all given weapons having found myself running out in the worst possible moments, being forced to resort to fist fighting. Fortunately they have been modified and behave very similar to the Warrior class in Hexen and therefore becoming a more useful asset compared to before. Though running dry was still a nuisance when it happened just before a certain jumping section with Dark Bishops loitering the area, dragging the pace down to a crawl while waiting for them to get close enough to punch. Beyond this though, supply acquisition does show some improvements and prevents the combat being sluggish during its later half.

Can’t say I enjoyed the experience much myself with the annoying jumping segments, but I thought the bizarre setting and visuals were done well. VOID does offer some good ideas as mentioned in the review, so check this one out if you happen to like weird and surreal themes.