Set of three maps which follow directly on from the previous, full to the brim with devious tricks and traps for the unware players daring to roam these halls unprepared. Bring along plenty of patience, you’ll need it here.

This was, honestly speaking, a frustrating level to play since it all boils down to one simple direction with its gameplay; It wants you dead and will make sure that will happen in horrible ways. The map features a number of fatal hostilities ranging from, traps, cruel enemy positioning or little nuisances like the awkward terrain, low field of vision from certain angles and tight spaces. Everything, including the kitchen sink, is out to kill the player, so saving regularly will be the key to surviving this ordeal because nothing is truly safe. Even small bits of broken glass on the floor in one area was harmful! I guess we left our boots back at home. 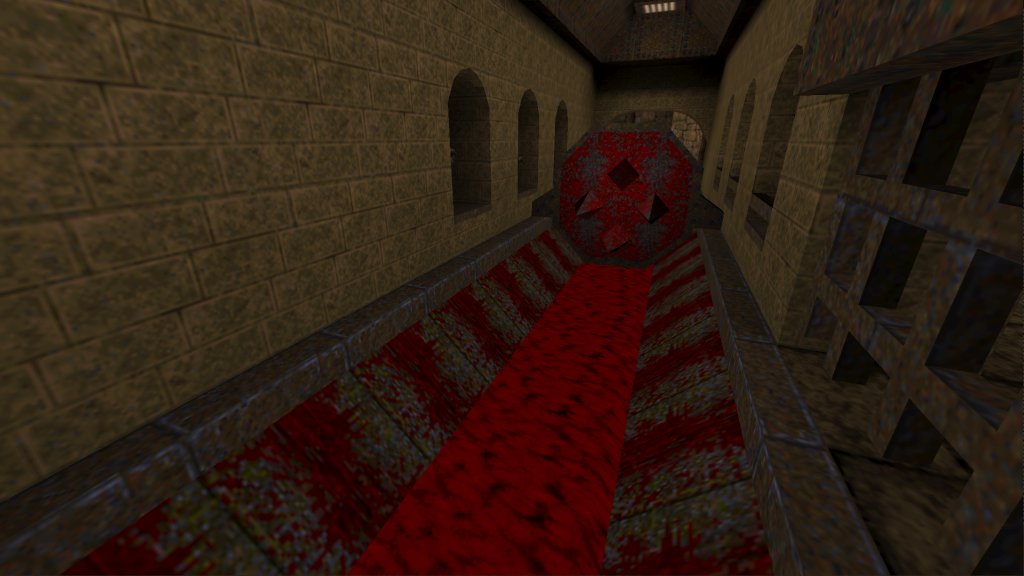 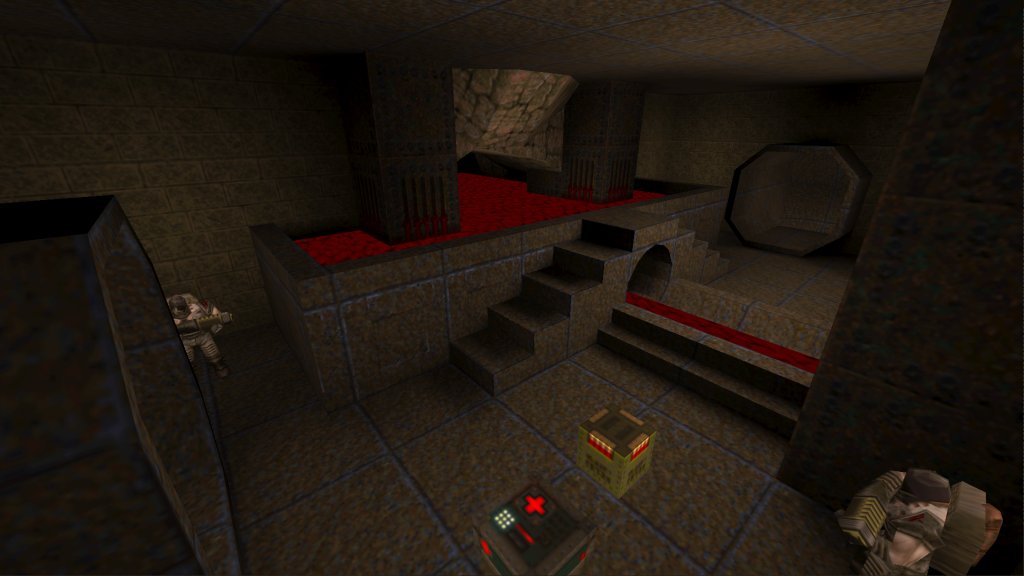 Many of the hazards are designed to put everyone on edge, not wanting to take another step forward in fear they will splatter into a cloud of gibs. At one time I emerged from water only to have an Ogre grenade shoved down my throat when I were least expecting it. Many buttons will also come complete with a crusher to scold you for touching things you shouldn’t have. Another awkward moment was a small pool of lava which needed to be bypassed to continue, yet the ledge to jump across from is quite thin. The same area also has one of those earlier mentioned blind spots and by that point, due to the nature of everything, I had already been expecting to be there. 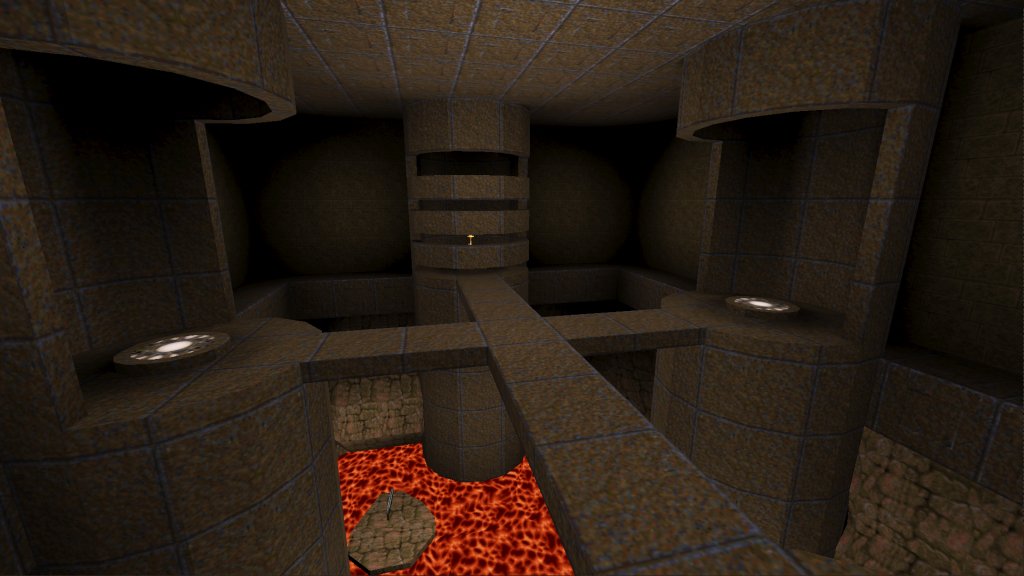 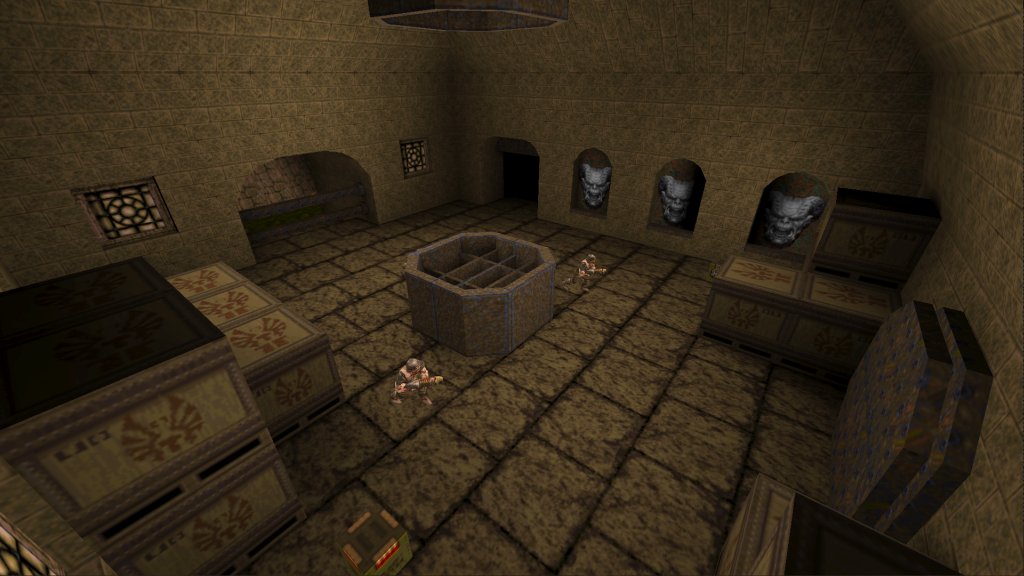 Regardless of the tricks and traps, the map does an adequate job with providing a good balance of weapons, ammo and health without being too stingy about it, giving players enough of a fighting chance during combat. There was a moment that had me stumped with how to exit the water and crate area (last screenshot) during the third map after activating some switches, resorting to a rocket jump toward the previous entrance as the only method which seemed viable. If this was intended it might be impossible to continue if low on health. The level actually spans across three separate maps, however it really plays like one single experience since they share similar areas that were previously explored, only with small differences each time. I’m not entirely sure why it was approached in this manner but it could have perhaps been some limitation somewhere I’m not seeing. 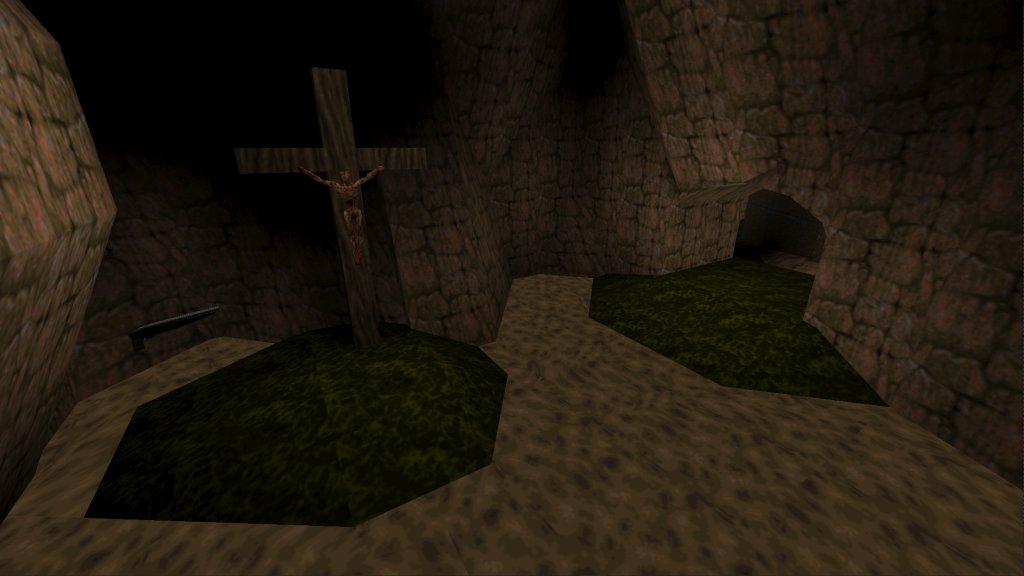 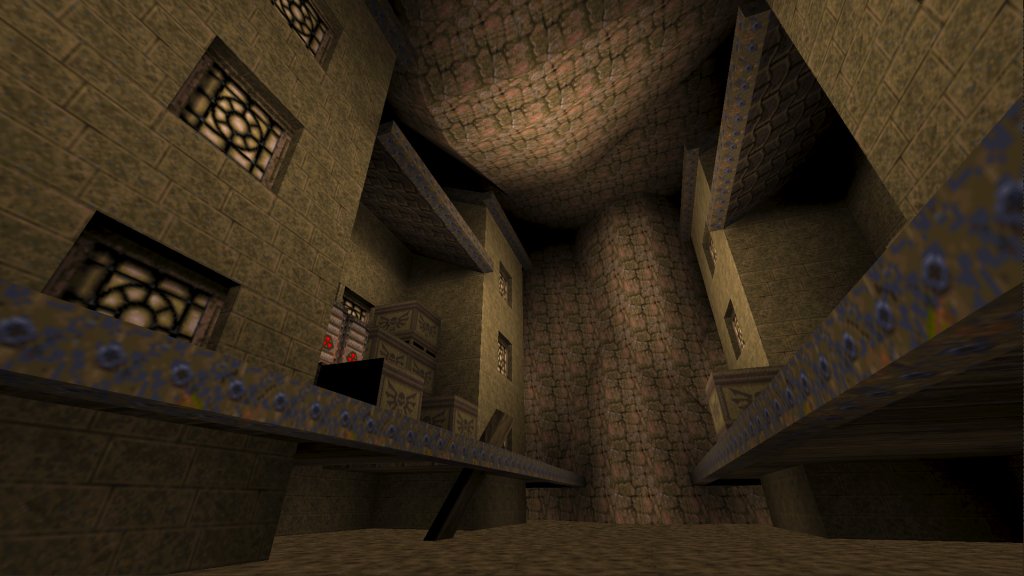 Despite having a difficult time and getting frustrated in places, I did feel a sense of accomplishment in the end after beating this. While I wouldn’t personally recommend this map to just anyone, those looking for a challenge and have a lot of patience should give this release a spin.