You’re being sent on a suicide mission to discover what happened twenty years ago on the asteroid colony, codenamed Crimson37, and also locate the gateway which holds the source to these demonic invasions and shut it down. Crimson Canyon was listed in the Annual Cacowards for 2005 at Doomworld.

Crimson Canyon offers ten medium length levels, with a strong focus toward pitting the player against several hordes of creatures in a variety of claustrophobic and open environments. Also included are two additional maps that were submitted as part of 1024 Congestion, which I intend to eventually review separately at some point and will not be covered in this review for that reason. 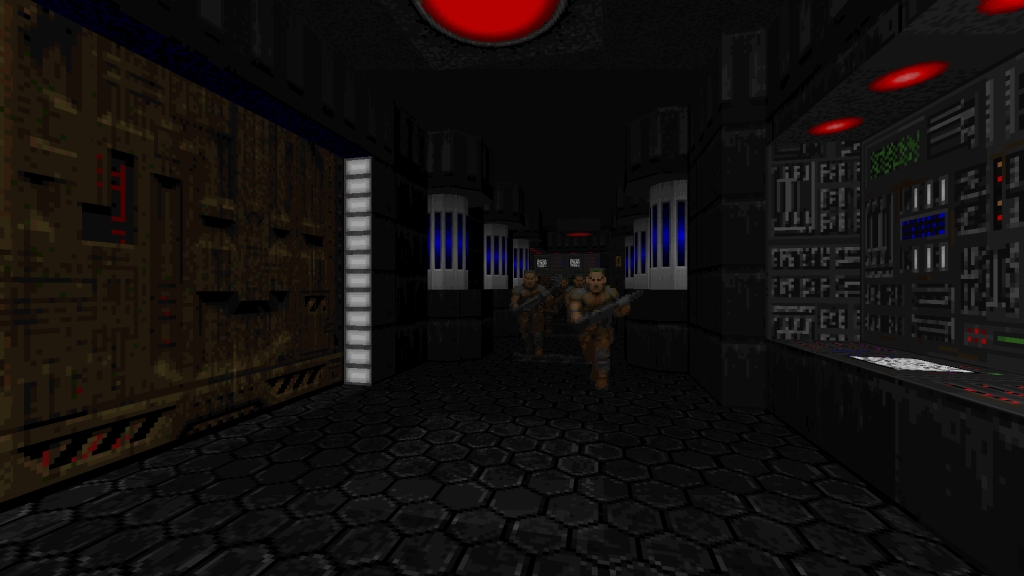 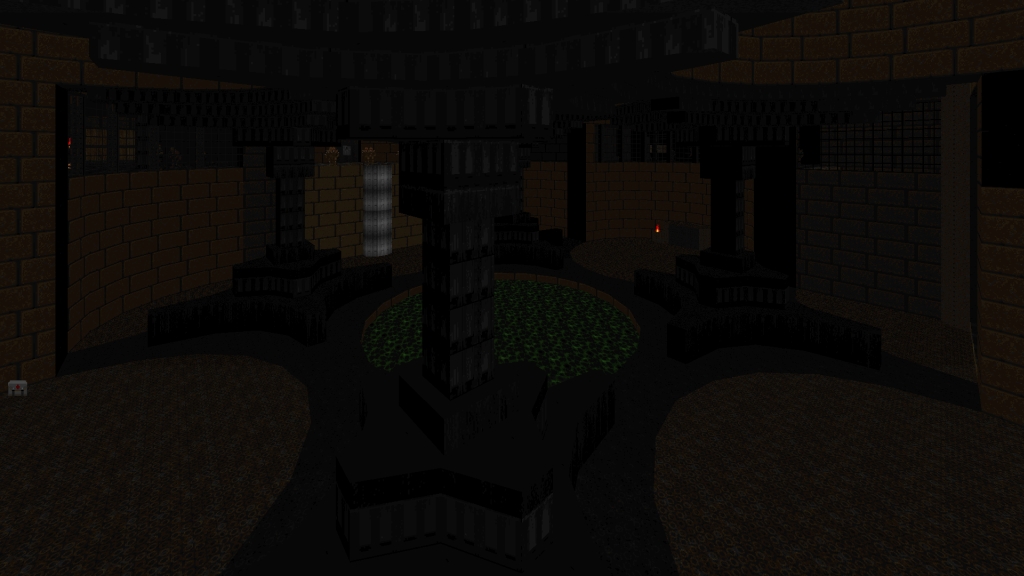 Design across the board is generally solid with a decent amount of variety regarding style and scale in each one. Players will find themselves progressing through a fair number of locations beginning with brick and dark industrial texture schemes from MAP01 through to MAP04. The series of facilities go from using a lot of computer and technology decorations to places that store vats of acid, but overtime slowly transcend into something more gothic in style by the fourth level despite using the same set of textures. MAP05 then begins the titular theme, taking place within the depths of a large and hellish canyon terrain with deadly rivers of lava flowing through the middle. The surroundings are drenched in a powerful crimson red colour scheme, with darker textures used to help break things up effectively. MAP07 then explores the dark and foreboding temple ruins which eventually reveal the whereabouts of the missing star-cruiser, blocking the path deeper into the canyon. 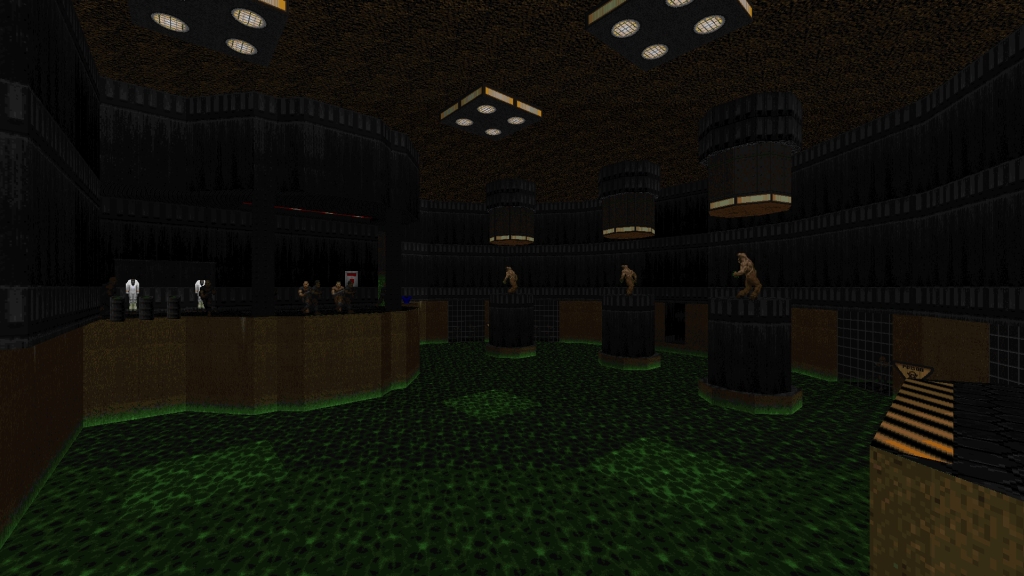 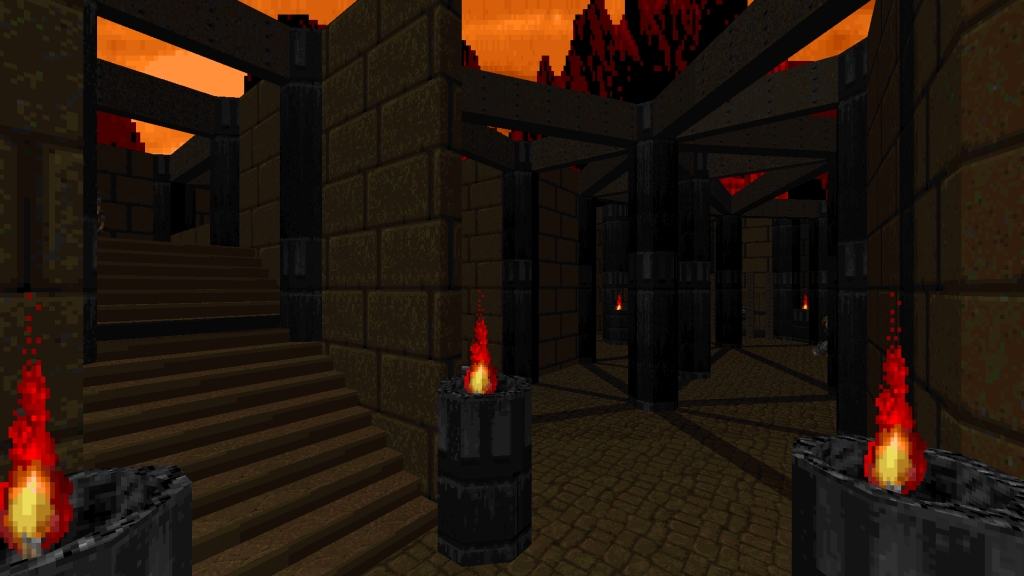 Battles during the earlier levels will be dominated by the hitscanner trio, who will usually stick around in groups of tight clusters making these foes simple yet enjoyable to mow down, but can still be quite dangerous if they manage to throw some lucky shots in. Chaingunners will often be positioned in places to create havoc from behind windows and may not be the only one hanging about. Many times they are include along with other enemies waiting amongst them, but less painful to deal this way. Demonic presence is there from the get go, starting off with several Imps whom engage as distractions or being a nuisance from higher ledges. Stronger brutes like the Hellknight will make their appearance soon enough with others like Mancubi and Revenants becoming increasingly more frequent overtime and adding plenty of tension. 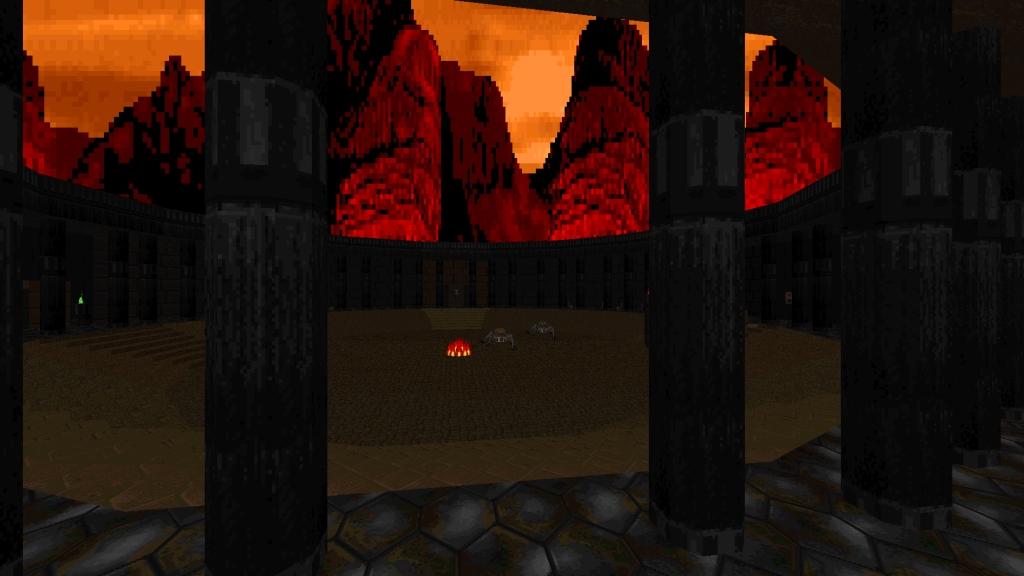 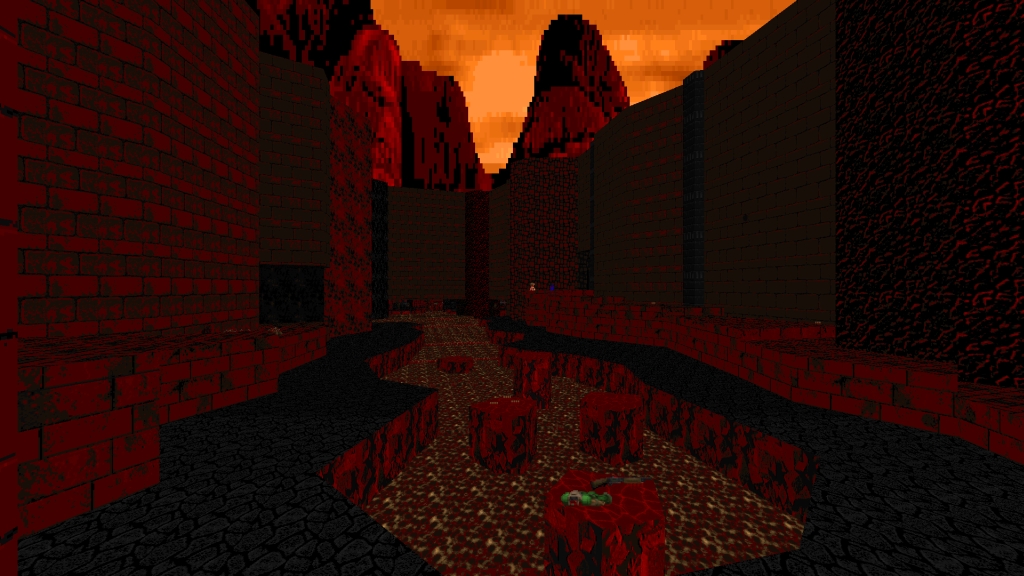 Demons are then very dominant during the later levels with an increase in horde sizes, however this doesn’t really become any more threatening by this point however. MAP01 to MAP04 had been using tighter layouts with smaller interiors despite the heavy monster counts and some claustrophobic fights, only occasionally having bigger arenas. Whereas from MAP05 onwards, the levels ease out due to their spacious environments, allowing players to avoid incoming projectiles and deal with the larger threats incredibly easier in comparison. MAP08 then returns to the former use of tight layouts during a single level to break things up before departing back into the canyons heading toward the final battle and concluding with a level that plays like a second part to MAP08. 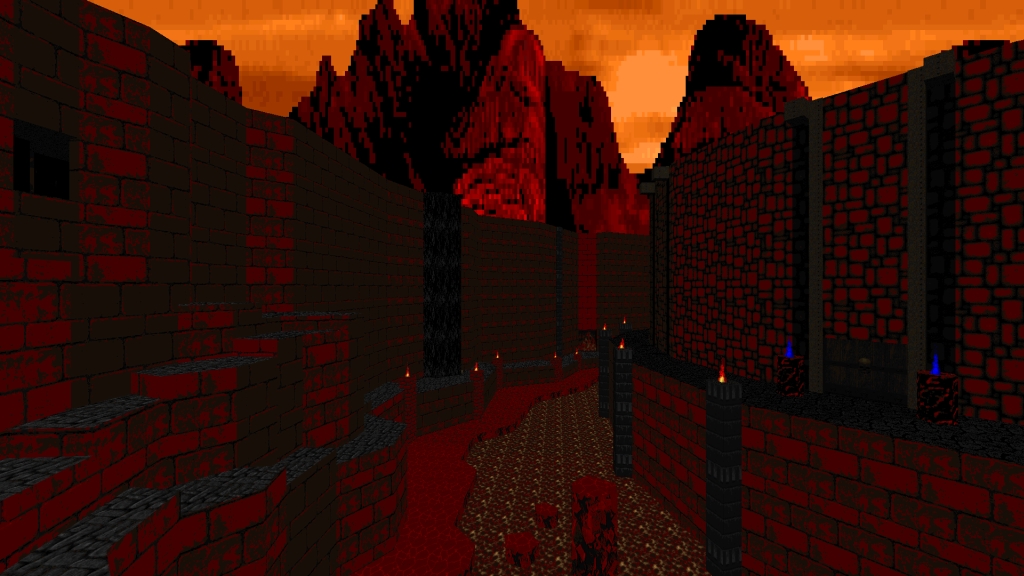 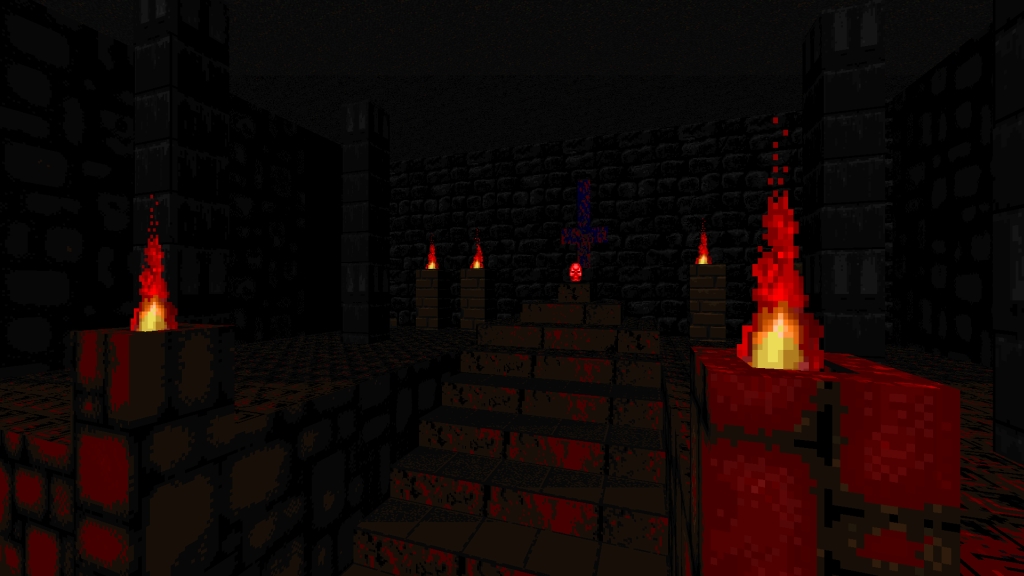 Crimson Canyon is on a constant high note with enemies, always ensuring that combat is constant while supplying players well with enough supplies and powerups to get through most encounters. However the release does come with a couple of small concerns with switches that were more of a nuisance than game breaking. There were a few moments where it became confusing what certain switches had just activated, happening a few times during MAP05. Other times there is some needless backtracking which came across as padding. This is done in the following scenario; Pulling one switch only to reveal a new switch elsewhere which is used to unlock the barrier that was beside the original. This did become tiresome and rather pointless way to make a level feel longer. 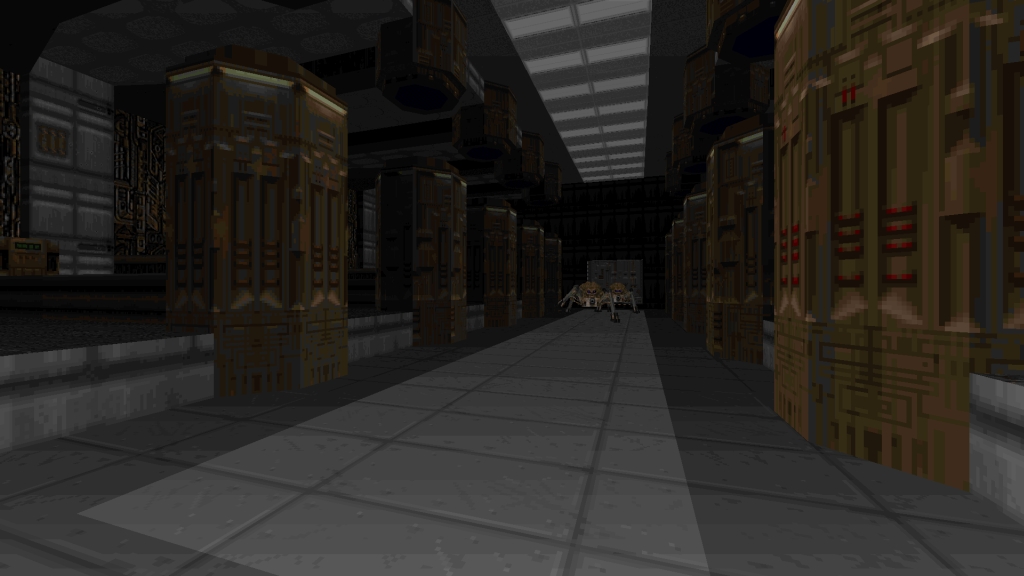 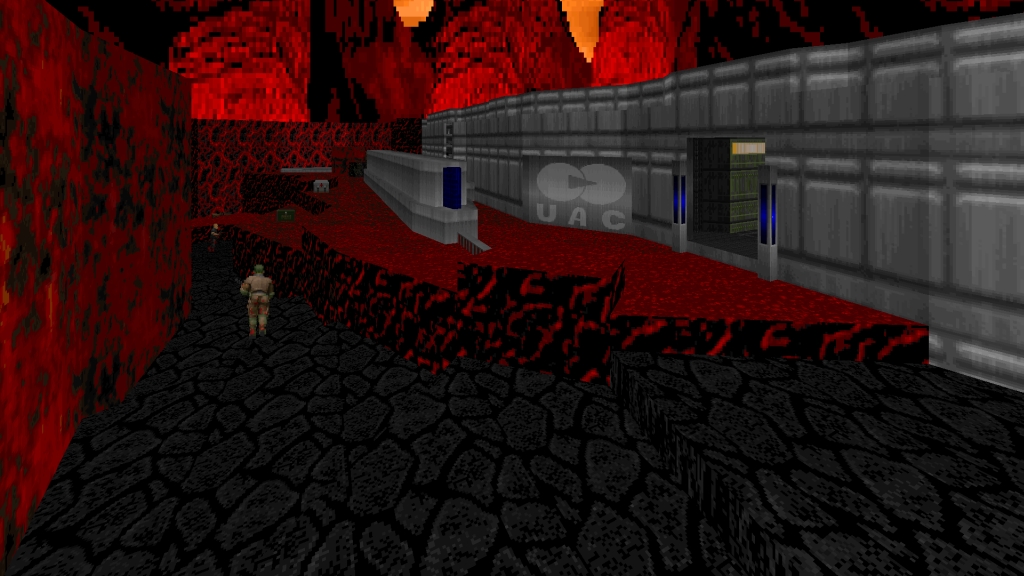 An action packed journey which offers enough variety per level to remain interesting, from tight environments to sprawling terrain with hordes of hungry demons and plenty of supplies. Visuals are solid all round which tend to experiment with different styles of the same themes and texture choices.