Takes players on a journey to a different planet to investigate three pyramid ruins, solving the mystery to their purpose and what happened to the previous inhabitants of the nearby camp sites. Originally created for the 10th Anniversary Contest over at unrealsp.org, the level has since been updated several times.

The Triamid Ruins opens up with a short prologue level taking place on board a space ship, not long after waking up inside the sleeping quarters. First few sights felt very reminiscent of the Vortex Rikers cell block, except this time you won’t be trying to make an escape. You and the crew are all currently heading toward a different planet, on a mission to investigate some old ruins and the nearby camp sites. In the meantime, players can roam around the ship to speak with the crew and gear up, while soaking up the atmosphere before heading to the airlocks once ready. Design from the get go shows quality mapping and a high level of detail, with nice effects effectively used, such as the burning hull and rumbling of the ship interior as we descend from orbit, immersing me in this environment and giving me good vibes for what is to come. It sure doesn’t disappoint in the visual department. 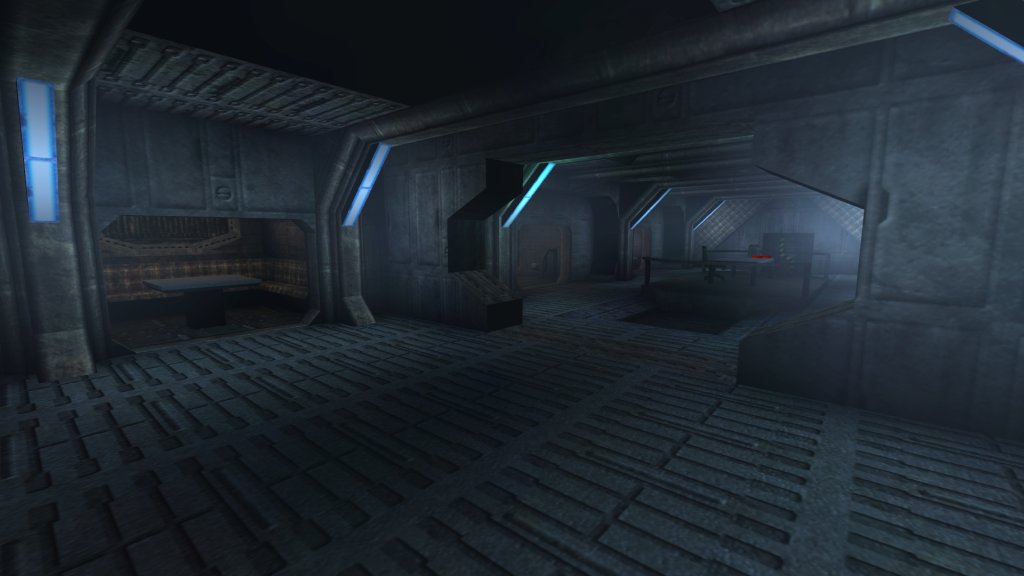 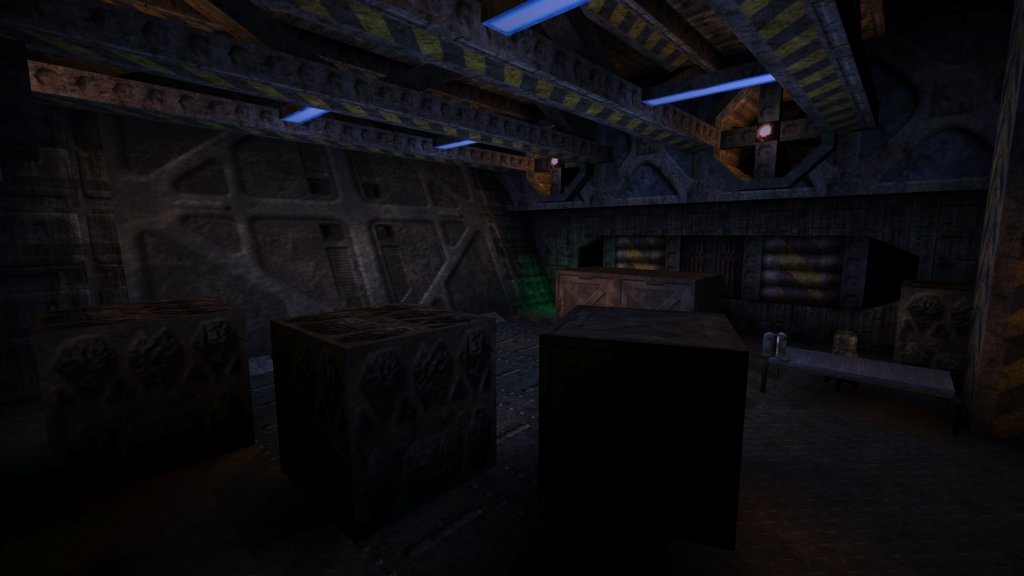 Once outside the airlock and upon landing on a small rock in the ocean, the three pyramid ruins are in full view. And such a brilliant and beautiful sight it is, using a very colourful palette to call out this mystical tone regarding the ruins and who might have previously inhabited the planet itself in the past. Colours primarily use many hues and blends of pinks and purples, prominent with the sky, full of stars and three suns proudly shining down. Orange light then radiates off the pyramid surface and water glows in a pinkish hue, leaving the darker zones in shades of purple. Blues and greens then blend well together to present the more natural elements of the world inside the water filled caverns, carving their way through the base of the three pyramid structures, attracting attention from a distance through its subtle contrast over the other colours and inviting players to take a peek. Each pyramid boasts in size, revealing a clear difference in scale by having players start near one of them, providing a great sense of thrill knowing the others will be of a similar calibre. 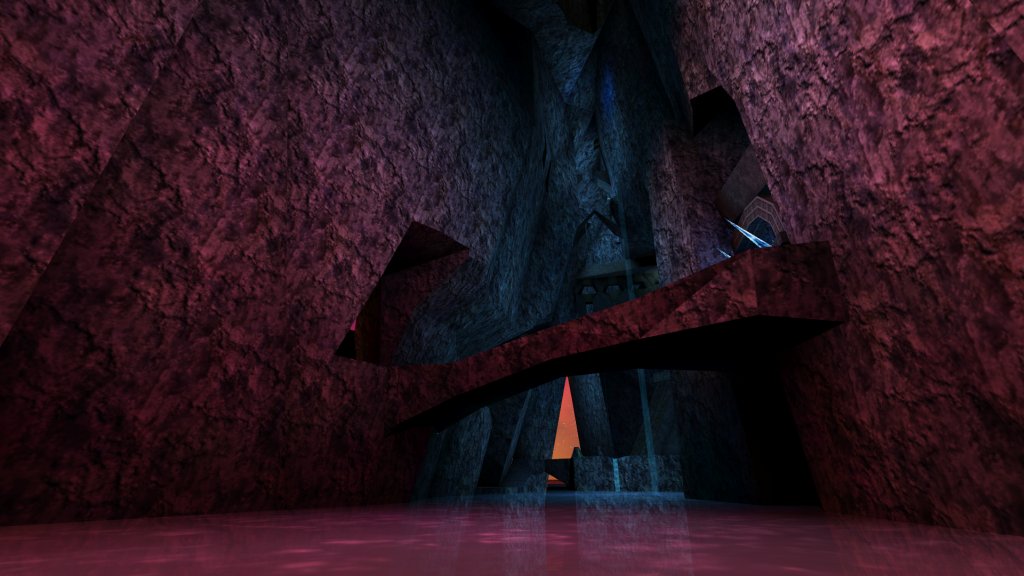 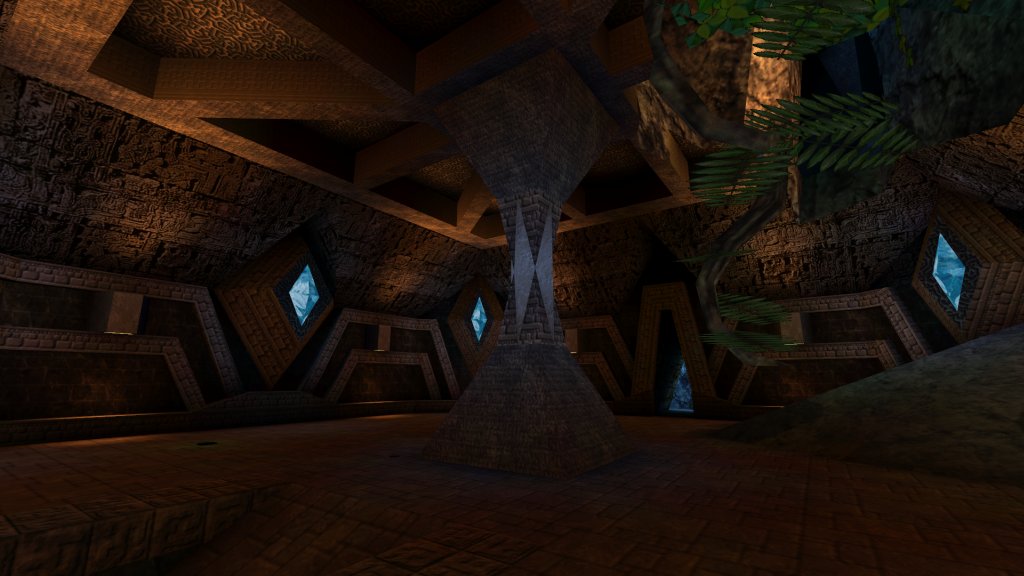 Triamid does appear to be a non-linear level, yet there is definitely a set routine in place. Progressing through one ruin will soon enough lead players to the inside of another, which would leave the remaining pyramid as the next logical step ahead. Beginning from the drop off point, the initial task from here is to located one of the campsites situated in this area, by journeying through the cavern interiors to work your way up the base of the first pyramid. Translator devices with a small green glow can also be found scattered along the way, providing small bits of exposition, giving some insight on past events and the discoveries made regarding the ruins. Your ship captain will also make contact at various points to keep players updated as to what should be done next, indicated by using an alternative chime to the translator’s default. 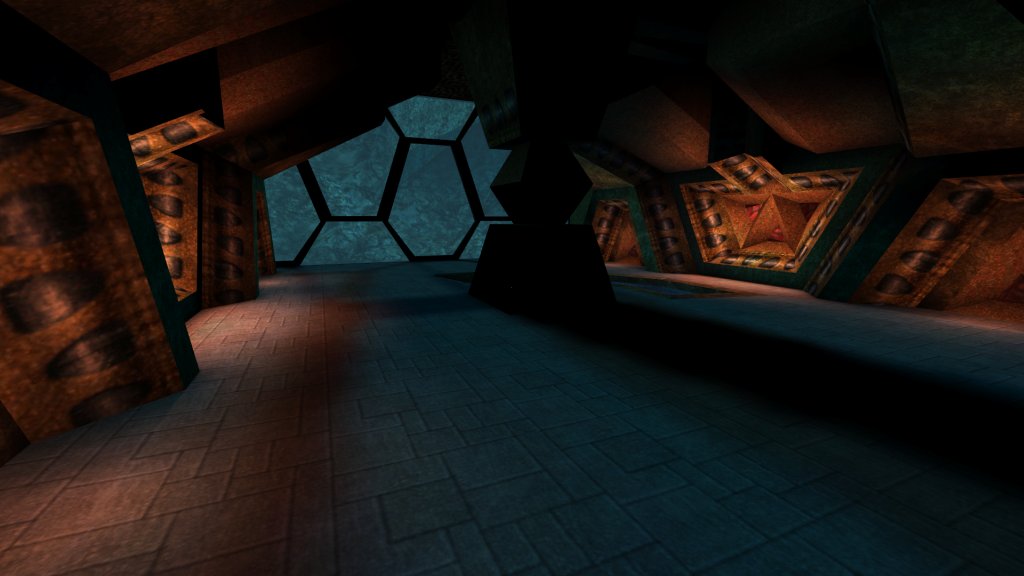 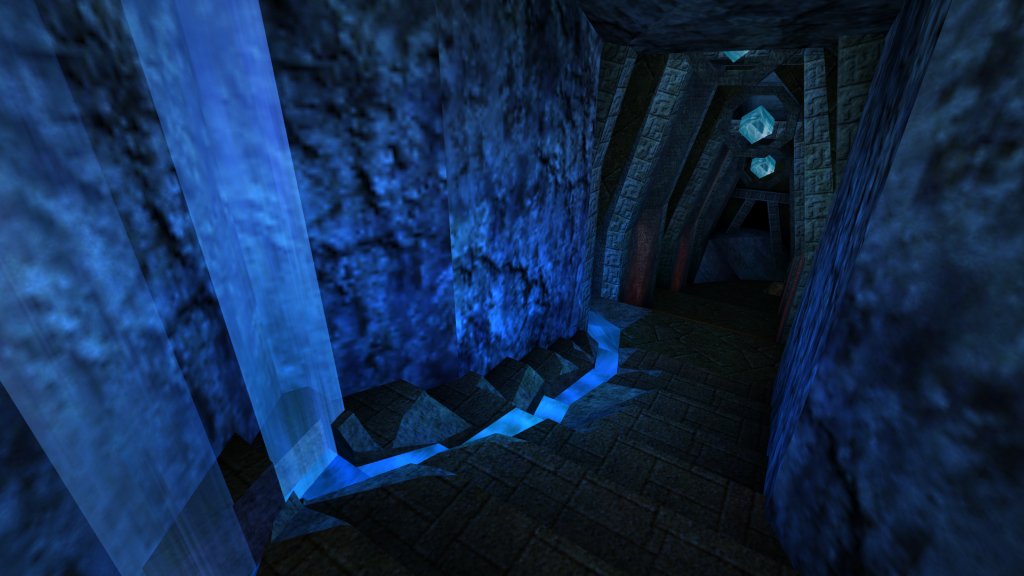 Eventually the path will take players into the ruins themselves, which no doubt remain just as visually appealing as the areas before them, going for detailed architecture through various angled edges and intricate patterns embedded on walls and ceilings. Skylights cutting through the stone allow for natural lighting to flood into rooms and surfaces are graced with well chosen textures and careful alignment, both aspects complimenting the overall scene without creating too much visual noise. The detailed and complex brushwork does result in some minor BSP rendering issues, luckily nothing of significant scale but it does happen here and there. Occasional visits outside will come with a constant reminder of the sheer height of these structures have as they tower over the area, attempting to make players feel insignificant in comparison. All three pyramids vary in both their purpose and layout, sharing only a few similarities to feel connected as one whole system. The astronomy room in particular was a nice touch once the activation sequence is completed and the contrasting texturing styles used in the sub level areas compared to above ground feels wierd and foreign in a fascinating way. 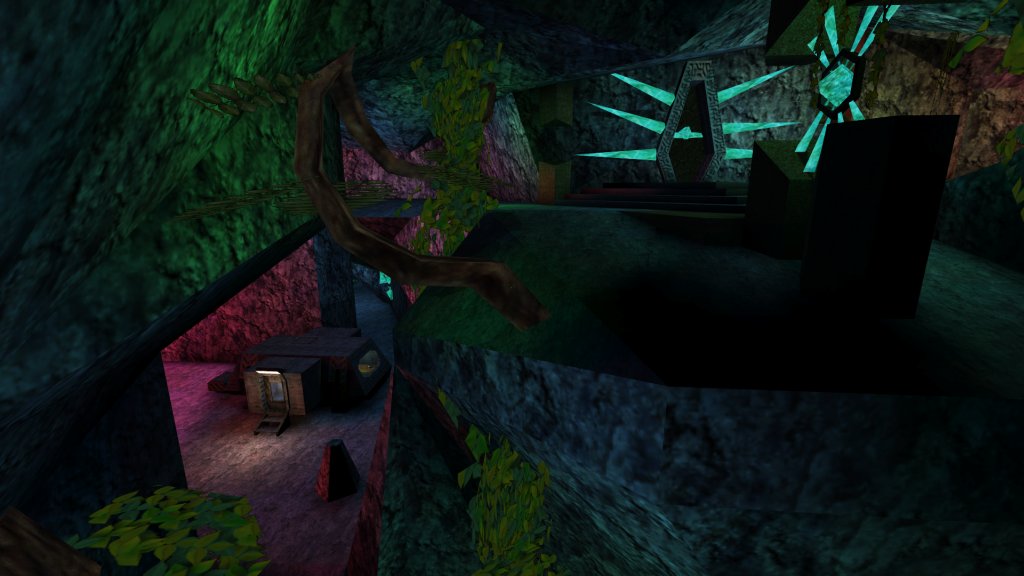 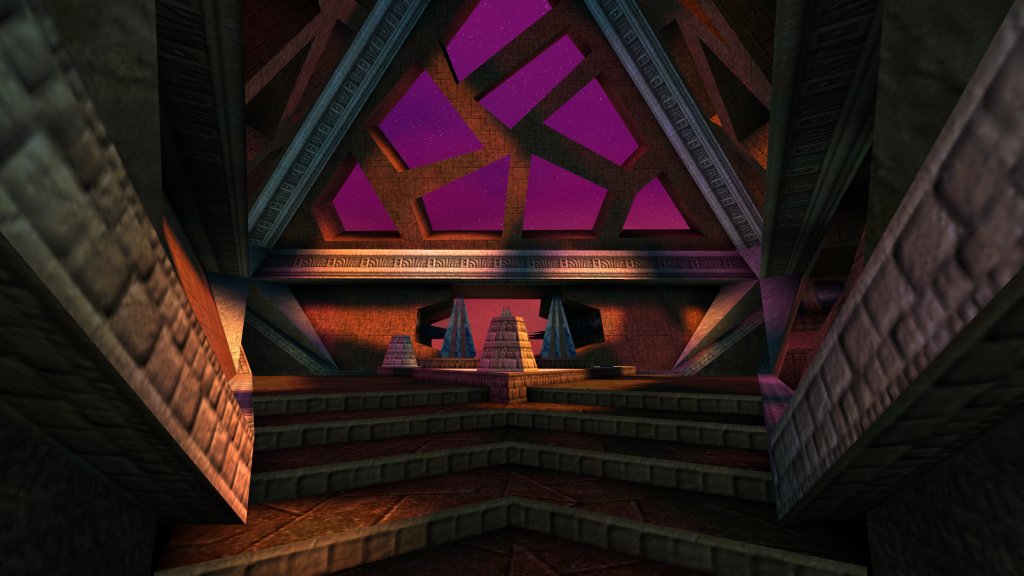 Triamid leans more toward presenting its narrative more than it offers any sort of compelling combat in terms of gameplay. With the focus on story telling, players are instead provided with the earlier mentioned exposition through logs left behind by their previous owner and involving them with the activation of each spire. What makes the lack of combat disappointing is that many weapons are actually scattered about the level with an abundance of ammo and health supplies, as if setting up toward some bigger fights where tougher foes might make their entrance into the scene at any moment. But there was none of that. It is a shame considering that the environments appear to be good places to battle within, especially at the higher levels. That along with the excellent visuals could have created some truely memorable moments if done well. The biggest threats opposing the player are bugs and Mantras, leaving most of the experience a little on the quiet side and simply focusing on the objectivs at hand.

Excellent visuals all round, providing a colourful setting surrounding three pyramids using intricate details and complex architecture throughout each interior, while natural caverns carve through the base of each structure. Leans more toward a narrative experience and lacks any compelling combat, which was a shame considering the potential in the environments. Beautiful and well crafted design, but too quiet on the gameplay front.