Single chamber focused on the use of ariel faith plates and well timed use of buttons as players split up, with a much smaller challenge waiting soon after.

Both players must discover the route which leads to the exit by relying on the large number of ariel faith plates, all while avoiding falling to their reassembling. However, only one player will be doing the physical task of placing portals and being flung across the room. The other will then be sitting inside of a small chamber with three buttons, each one opening up the barriers blocking the way forward. This means someone won’t get to move around much and will have some problems seeing what is going on from their position because of the window texture, so using the onscreen point of view of your partner can be useful here. This first chamber is essentially a timing puzzle, relying on correct portal placement and plenty of communication as to when the next barrier should be opened up. The second chamber is a smaller puzzle which is situated just before the exit doors, which involves pushing buttons to open up the way for each other. One wrong move by accidentally replacing a certain portal can cause someone to get stuck, then having to kill themselves via the console in order to escape. 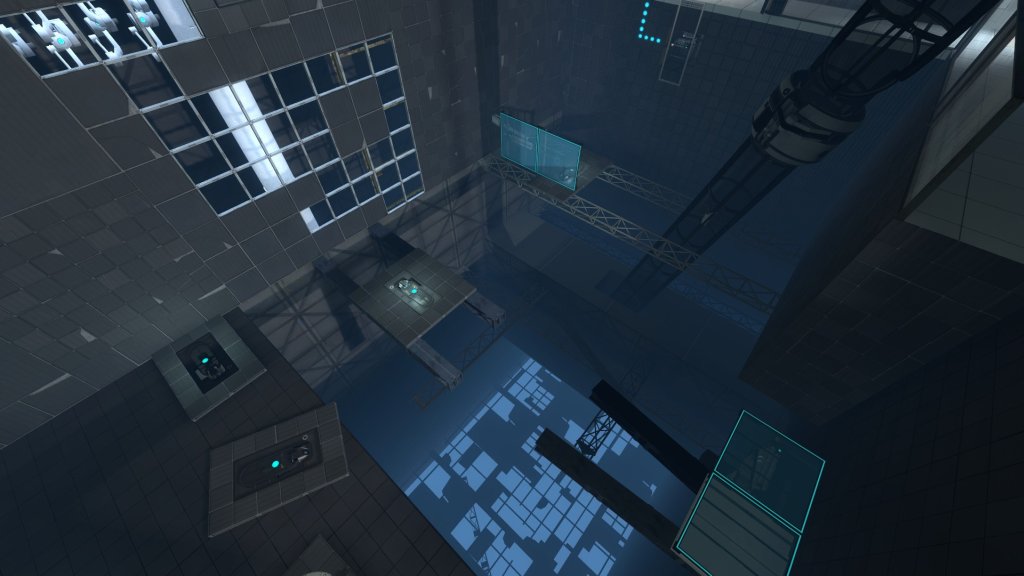 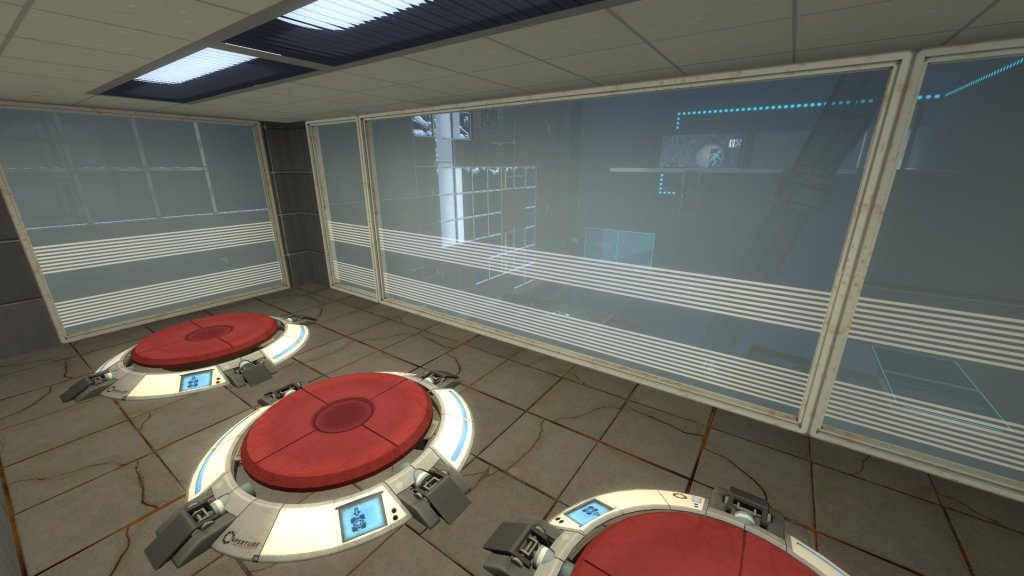 Good approached to a timing based puzzle to get one player across the chamber, but this also means they won’t be doing much on the physical excercises.