Demons have made a sudden invasion on the UAC base and our hero is found waiting inside the trailer of a crashed truck. Enemies slowly creep closer while he reloads a pistol, preparing to do what he does best.

UAC_DEAD is one of the older wads out there, which at one point had been regarded well for its time and is now considered a classic, presumably because of the few fresh ideas the level presented compared to other releases, including but not limited to an impossible visual effect done to create a set of invisible stairs. While an old map with quirks, there wasn’t much that would pull me away from looking back on some history in Doom mapping and give this a spin and discover what had originally caught people’s attention. The UAC base itself has been structured well with a layout one could expect for this place, which lays down the basic foundations, complete with a storage courtyard, parking lot, lobby, bathrooms and central command. 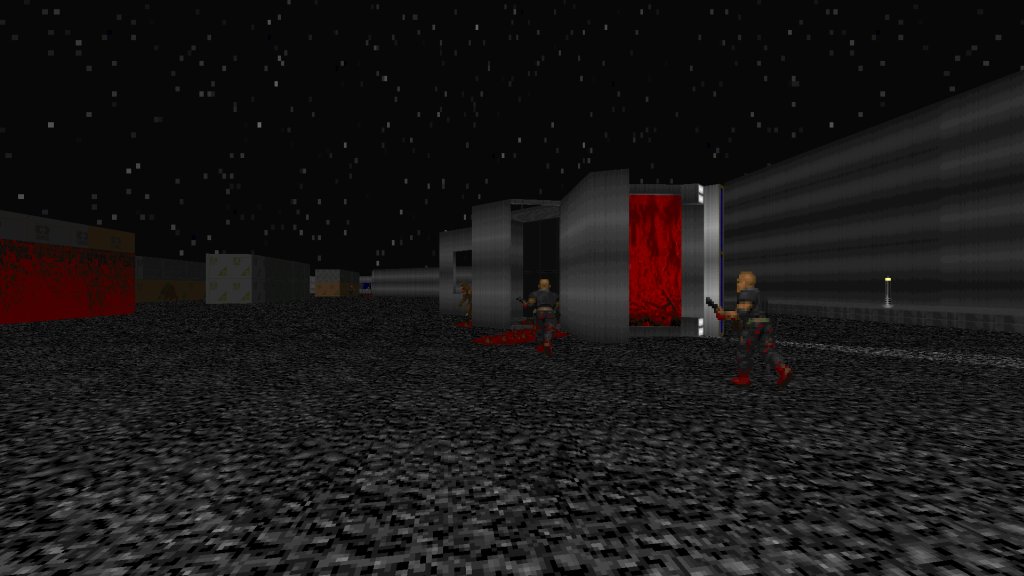 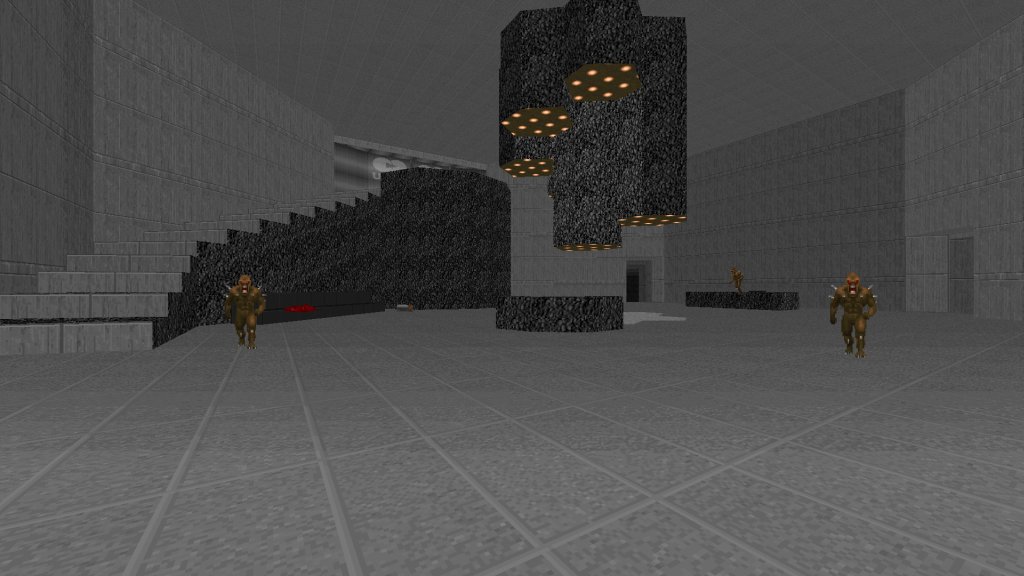 While the design for the most part does not meet current standards or even that on par with the original levels, suffering from poor texturing, unmarked key doors and large bare looking areas. It does however offer a small number of features around the base which did stand out; Outside lays a crashed truck and its trailer from the recent attack, tipped onto their side, engine burning away and its wheels still spinning; Near the fountain area proudly displays a clean and nice looking, three dimensional UAC sign; The lobby also has a fancy circular light fixture and I had assumed the use of dark stone here was supposed to simulate marble; There’s even a terrace on the upper floor looking out into the starry night sky. Mapping might be on the rough side, but the purpose of each area makes sense with very little obscurity and these details add charm. 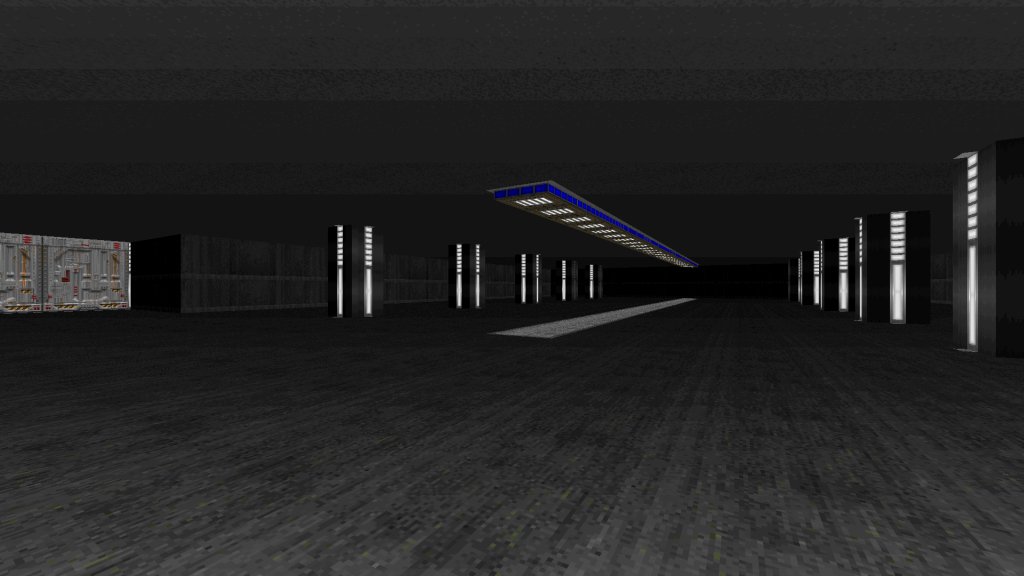 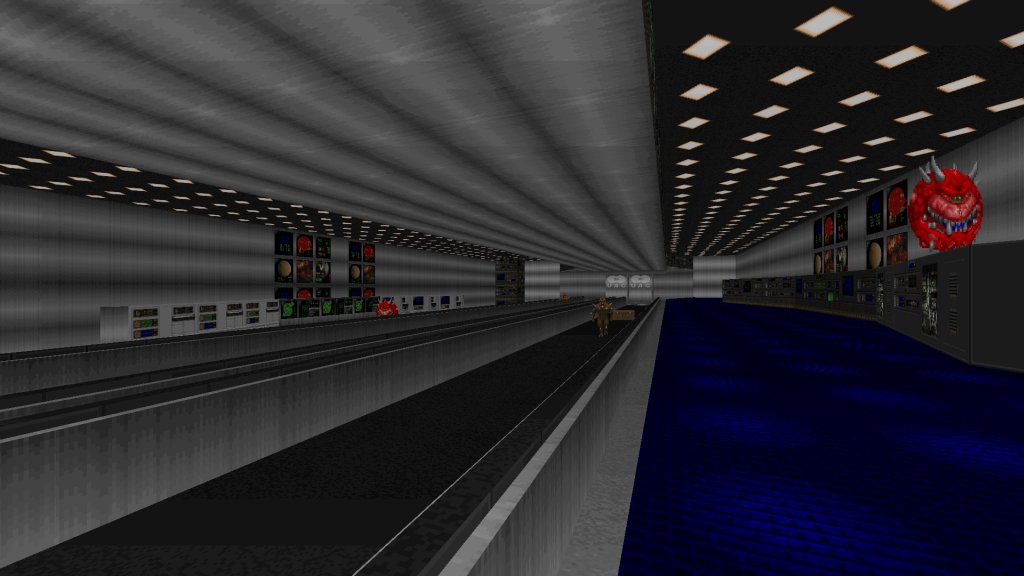 UAC_DEAD doesn’t pose any kind of challenge, enemy placement is generally scattered around the beginning courtyard and interiors with little regards to the abundance of open space, allowing players to avoid incoming projectiles with little effort and out gunning the enemies. Even the Cyberdemon battle toward the end offers little hassle by simply circle strafing it with the BFG. If he was instead allowed to roam freely in the room, this might have made the fight a little more threatening. I did like the addition of hell with its long and dark pathway entry point. While a linear location and nothing too special, the short journey is quite eerie up until reaching the red key. The famous invisible staircase also makes an appearance here, an effective visual for the scenery and mood. There is of course a major bug which can prevent the red key from lowering, due to being designed on an older Doom version. The solution further down this page should help.

Although an interesting piece from the early mapping scene, UAC_DEAD today is an easy romp with average level design, despite some of the innovative visual touches thrown in there for its time.

Using the above source port, run with the following commandline;
chocolate-doom.exe -gameversion 1.9 -iwad doom.wad -file UAC_DEAD.wad -warp 1 8
Add -skill # for difficulty setting. Replace # with a number between 1 to 5. (Lowest number is easiest setting.)