Introduction
Someone has released all the prisoners from Arkham Asylum and provided them with weapons. The escapees have made their way to The Narrows and are terrorising the place and will soon make their way into the city. The bat signal shines into the night sky while Bruce restlessly stares out from his window. This is going to be a long night.

This is a Batman mod which shows a high level of care and attention, in which nearly every default asset has been replaced with something new, along with additional features, all coming together to help achieve an authentic atmosphere toward the Batman character and universe. Weapons have been changed into non-leathal variants you would expect Batman to use such as the classic Batarang. Enemies sitck to their classic Wolf3D counterparts, yet each one appears to suitably represent prisoners, thugs and mercenaries. Fast food now replaces the health items which was humourous, while treasure items are homages toward the villains of this world, like the Joker-in-the-Box. The hud is another neat indication toward the attention to detail, which represents the utility belt of our hero. 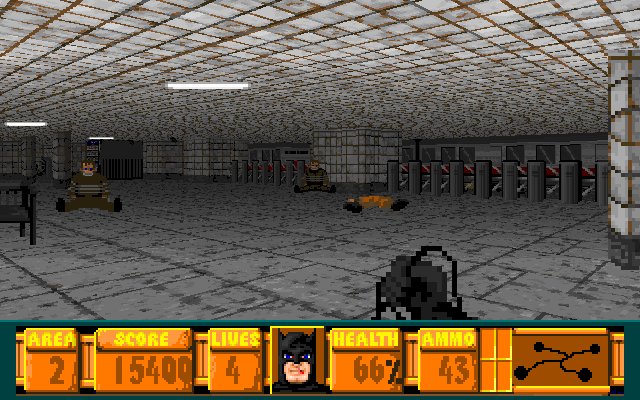 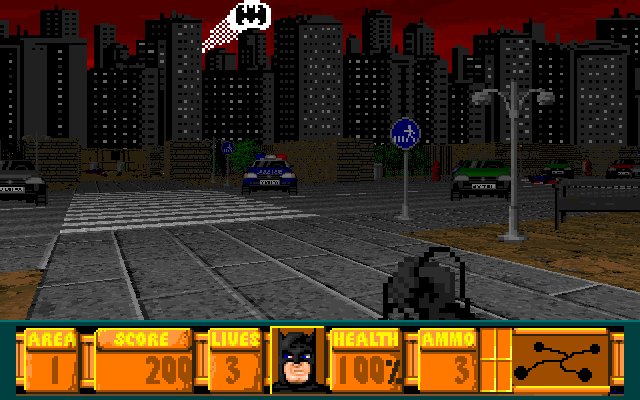 BvsB is a set of ten levels which offers a tough challenge from the third area onward, resulting from the high number of enemies with the mixture of both tight and open spaces. There are also several boss encounters against various iconic villians such as Killer Croc and Scarecrow, meaning a change in pace when those points arrive. Ammo and health is usually abundant however, providing players with more than required at times, especially since ammo isn’t shared between weapons. BvsB also offers other smaller features across the experience, such as a few readable texts for extra flavour and notes from the Riddler providing clues to secrets and treasure. Vending machines and fridges can also be interacted with to provide a bit of health if the regular items are not enough. One nice addition I especially liked were the utility belts scattered about here and there, giving the player a permanent boost for the maximum ammo carried. 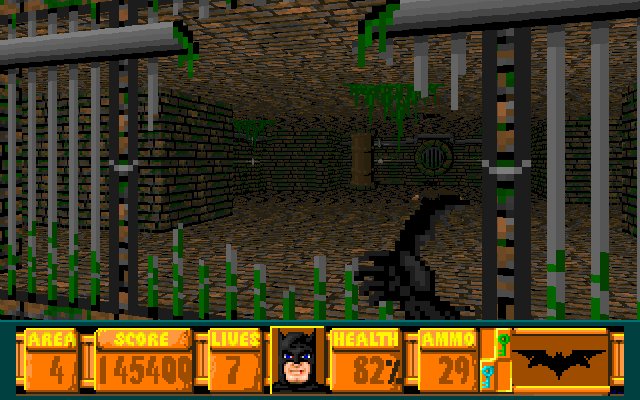 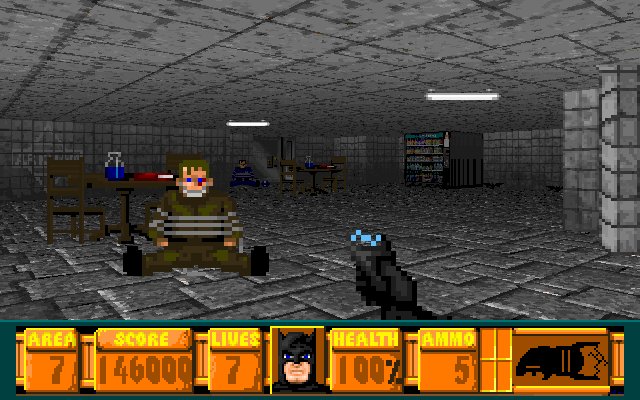 Level design is strong and varied enough for the whole duration, with both indoor and outdoor segments. Maps go through a number of locations, starting with city streets and subways, into a sewer and then through Arkham Asylum’s prison and treatment sections. Detail is high, decorating each area with suitable objects according to their theme and purpose. The sky is another great touch for exteriors showing off Gotham City in the distance, complete with moon and Bat-Signal. Problems do occur with this level of detail when battling against foes, especially with bosses like Deadshot. Because objects are often used in the middle of the playing area, navigation can be a little tedious when the requirement is to move fast and popping out several shots. Areas instead become a bit too tight for these fights, making them trickier than they really are. I found myself getting damaged by bosses often because I ran into the edge of a tree instead of the gap between them. 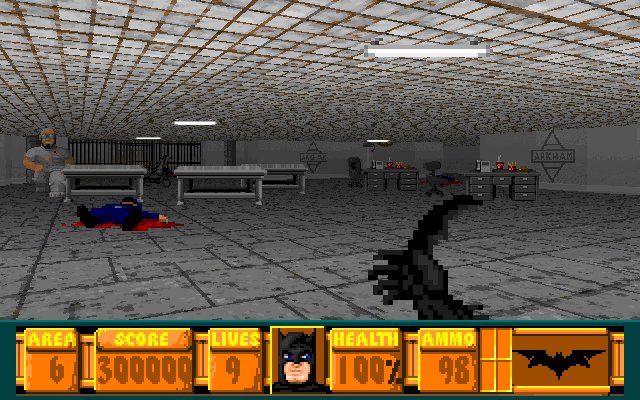 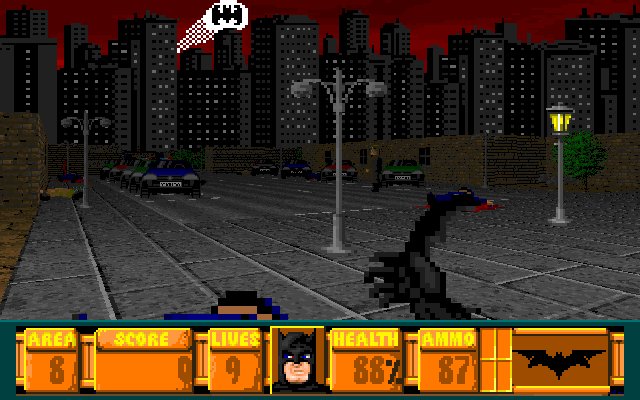 This project shows a good amount of care and attention to detail, while offering players ten varied, tough levels with strong level design and plenty of boss encounters against iconic villians.