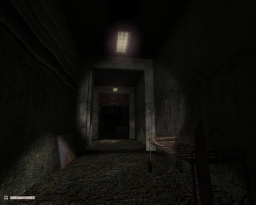 Introduction
This second part to the story of Mistake will dwell deeper into the past as to why and how Steve became to be a patient at the asylum. Secrets which exist in his seemingly normal life with his wife, which was radically changed due to a murder… The truth can only be obtained by pushing onwards and surviving this nightmare once again.

Review
Askhandi takes several steps forward with Mistake -1 when comparing it to the previous instalment, bringing us a much more refined piece of work with a decent balance of atmospheric and tense exploration within an asylum holding another wave of grotesque creatures. There’s definitely more gameplay for one to get involved with this time round, especially on the combat side. Also included is more emphasis on the background story and insight for the main character to discover what had actually driven him to get placed inside of this asylum. The odd readable can be found here and there as a means to find out, but simply progressing onwards will shed enough light on things. Much like in Mistake, there is some influence taken from the Silent Hill series, or similar styles, for both the visuals and horror themes such as monster designs and disturbing sound effects. It also again comes from rustic texturing, while not as common as before by mixing it up with with various clean locations to begin with before transitioning over. The use of grating is also another common element, whether to block the path or to create a surreal sense of place. 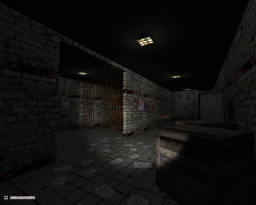 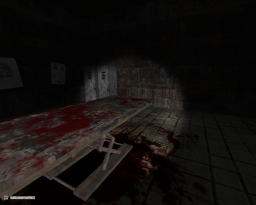 The addition of more combat than previously is done fairly well to prevent it becoming tiresome and ruining the atmosphere, by allowing several breaks here and there. When the next fight occurs however is always a question which lingers. Progression is straight forward, from discovering a locked door to locating the key to unlock it. In ways, the experience feels a bit like a linear survival horror, minus the puzzles. One moment event plays on this by nudging the genre with a close up image of a key beneath a grate during play. Darkness is now a common aspect throughout each level, appearing almost pitch black without a good source of light. That is where the flashlight will come in handy, but instead of the dull and useless thing Freeman uses, it has been modified to work more in favour for dark rooms, brightening up the area ahead significantly and becomes a better tool. It also appears to be an excuse to show off the bump mapping, being the only moving light source. This part of gameplay may tire some players though since most of the experience requires the use of it in order to see much. Not only can it tire one mentally, but may also strain the eyes from the contrast of light and dark. For others, the approach may increase tension from limited visibility around yourself. It is a matter of preference and didn’t particularly hit any negative buttons with me. If I had to use the default flashlight, then the experience would have been considerably less enjoyable. 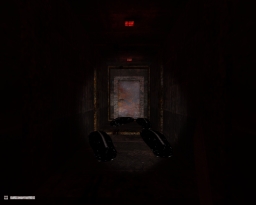 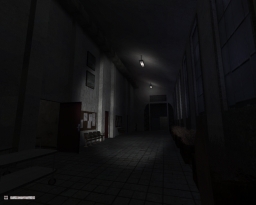 Conclusion
Not only is Mistake -1 a much longer experience, but also more refined with a focus on story, and balanced out with both atmospheric exploration and some combat. Those who enjoyed the last release or anything with vibes of Silent Hill should check this one out.