Vacillations of a Victorian Vagrant 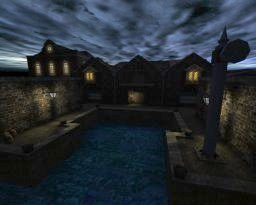 Introduction
In an oppressive warehouse district somewhere in an old Victorian city, a homeless man awakes in the derelict tenement he has sheltered in for the night. Deciding to make a move before he is discovered, he finds himself locked into the dismal street. Strange noises emanate from a cathedral-like factory. What’s to be done?

Review
I took an interest toward this level from the title alone to see how well it approaches the theme with Unreal gameplay and just as it would suggest, the level takes place during the Victorian period. You start off within the industrial district of town while holding up in a disused building and it’s about time to leave. The theme isn’t exactly too original in general by any means, taking away the wonder in exploring alien planets, but it does bring a welcome change from high tech facilities. Don’t get me wrong however, the theme does add something refreshing to the world of Unreal maps. Hellscrag approaches the design as one would expect a town from the past to look complete with key locations such as a dock, some dusty warehouses, dark sewers and a large factory. Some liberty had to be taken into consideration toward the enemies however, so many places will appear to be overscaled with very tall doors. This doesn’t pose too much of a problem since the visuals and style make up for it and not something that could easily be avoided. Design reflects the period well enough where streets are tightly packed with buildings and old lanterns to light the way. 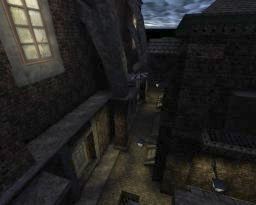 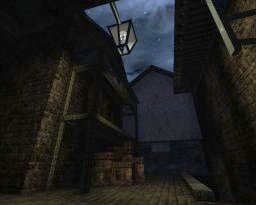 How the level plays starts off with an air of mystery as you exit the disused building and take a walk while passing by the nearby factory. Weird noises can be heard, a strange weapon is found lying on the floor and reptilian creatures lurking in the night. Despite the time period, the translator device has still been used here. Rather than its original purpose however, Hellscrag throws in an extra dose of storytelling by portraying the player character’s thoughts. Most of this adds onto what you find in the world or his own feelings concerning a specific matter. The Skaarj are your primary foe throughout this level, with some cases of pupae hiding nearby too. For a short while you’ll need to rely on the dispersion pistol before getting your hands on the trusty automag and therefore it might be tricky to get into the flow of things right away. Progression involves some simple switch and key hunting while the combat side can be very tight, rarely taking the fight outdoors which makes it easy to get cornered. Retreat may also be difficult, more so because of the way doors open, some which open toward you only to be forced closed again. The sewers were probably the most plain location of them all, but that doesn’t really say much considering that sewers aren’t exactly exciting. That’s where the problem lies and something that should have been considered to allow this place to be more interesting whether through visuals or gameplay. It does build a little on our vagrant character being creeped out down here, offering a good opportunity to play around with that in mind. It’s a short segment though so nothing to grind on too much. This is made up again with a tough and challenging end fight, which can get a little hectic. That or I need to practise more. 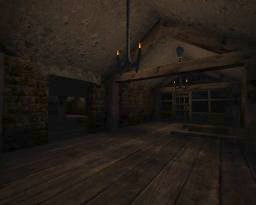 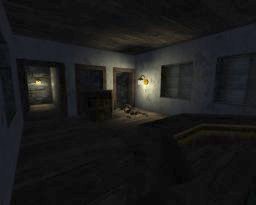 Conclusion
Refreshing and well presented setting and design while the gameplay offers a tone of mystery during the beginning and a lot of tightly packed Skaarj fights later.