The Call of the Fireflies 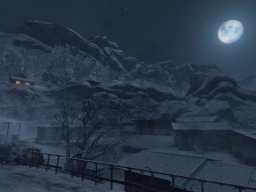 Introduction
The Call of the Fireflies is a puzzle and exploration based experience as you travel through the cold mountains and dark caves against all the elements, in order to follow the mysterious fireflies to their hive.

Review
Within the first few seconds you’re presented with the view of a snow covered shanty town, surrounded by a mountainous landscape in the distance while a full moon shines down in the night’s cold blue hue. Here we hear a monologue from the character we play, outlining the basic plot and his goal to follow the fireflies to their nest. Not only is the experience visually impressive but also stylish in appeal and full of detail. The terrain feels and looks natural from the high mountains in the distance while shallow streams and deep rivers flow through the valley, eventually bringing you through the insides of various caves. I must emphasis right away that the author manages to achieve progression between areas very well. It felt natural as to which route you should follow in order to proceed onwards and the places you cannot. An element that effectively helps with this is the use of warm orange colours whether it is from the lighting or the fireflies themselves. The contrast works great against the cold colour scheme the outdoors are full of and the warmth should attract the player’s attention to check the area out. Not everywhere makes use of this however, yet still manages to convey a good flow since paths are clearly defined in many ways. The author paid attention as not to have parts of the terrain and decoration overlap areas allowing access to parts they should not be in. With the lack of jumping, one should know that a higher position must be reached by finding another way around. If there is no visible rise or some form of bridge, such as wooden planks or logs, it becomes obvious that they won’t be going in this direction. Exploring the surrounding area for these walkways is vital in order to cross over water safely, which it had me effectively look out for. It also helps considerably with the choice to set the scene using snow, which in the long run prevents the ground becoming too busy with detail. The environment isn’t the only thing that gives away clues either, where reaching a specific place or performing a certain action will display an onscreen set of small images. There’s no text to be found here but they manage to clearly define their purpose, relaying information with as little clutter as possible which I’d say is an achievement. 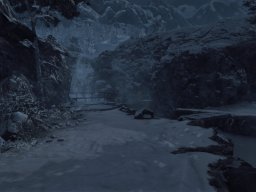 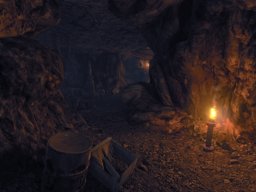 By taking the role of an old man with a limited amount of manoeuvrability to navigate the environment changes the playing style to suitably fit the adventure like aspect for the better. Not being able to jump only tightens the playing field and prevent the player going off course, skipping out on puzzles entirely. The function doesn’t feel missed either and I do admit that it is better than walking into invisible walls everywhere. The lack of running however creates a mixed bag of thoughts. The idea behind the experience is to take it slowly and to enjoy the pacing as you walk from area to area. Distances to travel aren’t very long, but when backtracking at times between some spots it does feel a bit too slow. The problem probably persists from the lack of music playing during your journey, which could have been a nice addition for a soft and light, yet memorable track or two. There is danger to be found on your travels which will mostly come in the form of water, your number one enemy and a hazard you’ll need to avoid. Getting wet and staying out in the cold air for too long will cause the screen to freeze over until you eventually die. This is where heat sources come into action as a method to dry off. This is vital to survival and an aspect to be careful of due to the majority of puzzles making use of water. Falling in a deep part will simple result in a quick death since you’ll never get to safety fast enough. Luckily reload times are almost instant. It’s not like you will die often either since the experience is purely a visual and puzzle based one and no threats of any wild beasts chasing you down either despite what the signs might say. 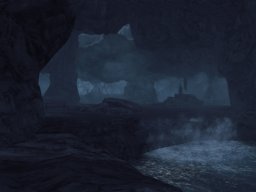 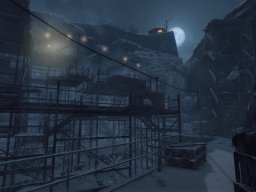 The puzzles revolve around the hazard of water in order for you to safely reach the next location and provides this through a small variety of executions. Things are made a little simpler with fireflies hovering around important objects to point you in the right direction as to what to interact with, such as valves and become especially useful in the dark caves to locate flame torches to ignite. They don’t however give away the answer to a puzzle, such as the one where you need to redirect the water is left down to you to solve. Other visual hints are given at times, an example being the wooden platform with wire mesh at one side to stop run away objects in their tracks. It’s good that mechanics are introduced early on, such as the fruits found on trees that are used as weights to move platforms with pulleys. By just seeing a bucket or one of these around will give away what will need to be done. This works in favour of the natural progression without getting stuck for long periods of time and exploration will only help to reveal the answers since they’re not hidden away by any obscure means. Toward the end there was a wind hazard introduced which didn’t last for very long, which is a shame and could have added at least one more longer scenario before rounding off the ending with its climax. As for my favourite puzzle, it’s more likely the one where you need to escape from the rising water and reach the top before it even touches you, by climbing the nearest stairs and gaining higher ground each time. Even though you cannot run, there’s more than enough time to get away and makes another use of the hazard to be part of the experience. It’s disappointing that toward the end, there was a wind hazard introduced that didn’t last for a very long time, which is a shame considering it could have added at least one more scenario before rounding the experience off with the climax.

Conclusion
Mangages to piece both a visual and puzzle based experience while consisting a natural sense of progression between areas. The visuals approach the winter environment well with a cold atmosphere, while orange tones contrast against the blue hues with warmth.