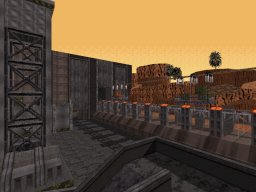 Introduction:
I don’t think there will be any updates this week and I’m unsure about next week right now. This is mostly due to spending time working and finishing up a new level which got released on the 21st of May for Duke3D. Find out more after the jump for another two screenshots and the storyline. The text file includes a bit of history behind the project but I may, although not proming, create a post going a little more indepth in the matter. Hopefully I can get back on track with the reviews however and not delay for too long.

Storyline:
A race of aliens known as The Assault have invaded a human facility located on an island sixty miles off the coast of California. The facility personnel have presumably been killed, but it’s not known for sure. The loss of this facility is a major setback to research into alien physiology as the facility contains several important Protector Drone samples and gigabytes of research data. For these reasons the facility itself cannot be bombed: The samples and the data must be recovered, assuming they haven’t been destroyed by the invaders. It is for this reason that you are sent to investigate the facility, to gather intel for our strike forces that’ll take over the mission once your job is done.

Your mission is as follows:
1) Investigate the facility, keeping an eye on potential human survivors, preserved research data and Protector Drone samples. It is not, however, up to you to recover any of these.
2) Blow up the primary reactor. This should considerably lower their defense capabilities, paving the way for our strike forces.
3) Once done, establish contact with the strike forces who will then proceed to take over the mission.
4) Escape via the northern waterway leading to the sea. 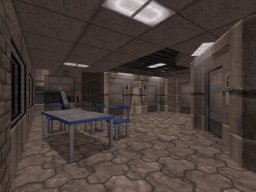 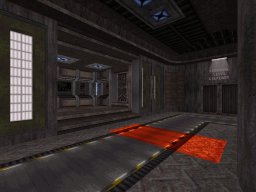