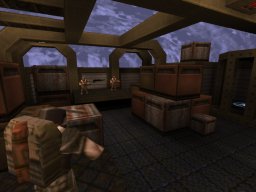 Introduction
Something a little different with a neat little twist, taking place within an idbase themed level along with other custom textures. There’s something odd going on inside of this base where weird anomalies have warped several areas, which start to play tricks on the player’s mind and their perception.

Review
The Anomaly is one of the most mind bending maps I’ve come across so far when it comes to Quake, that I find it difficult to write much about it without spoiling what should be seen instead of read. What the map does at first is present itself as a normal little base themed map only with an original twist where you will to find yourself in something quite unusual. The layout of the map for one should be taken with a grain of salt, as it will change depending on your location and progression into the map. At times a corridor will turn to meet itself, with what should be a dead end, instead has a path that continues through as if the previous location was never there. You will also re-enter locations you were in once before, only to find that many things have changed and see a new access point to progress further ahead and the possibility to revisit other paths to find additional goodies after the change. 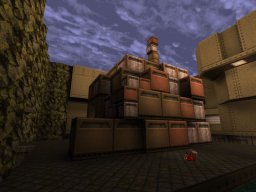 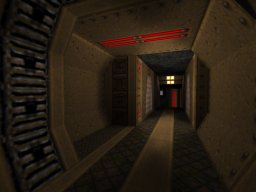 Other odd illusions also take place, from the orientation of a room or seeing things you can’t reach and teasing the player in various regards. It’s all quite strange and I found myself constantly questioning the oddities and intrigued what else I can find. These changes are done in such a subtle manner at times you may not even realise what is going on until later. Use of the base theme works well here as it can throw the player off from the events that soon follow, which one would assume to be from a medieval level rather than here, only making things appear that much more interesting. Design as a whole is solid, with clean construction and plenty of shape to keep visuals interesting, good texturing using the standard set of idbase textures along with some fitting custom ones. Some attempt was also made to give the map an additional sense of variety by making a small sewer area with its own rusty and damp appeal. 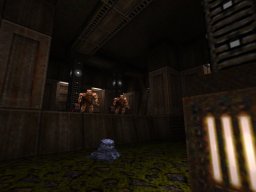 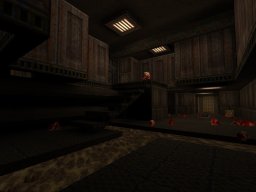 On the side of action, the map offers a large selection of enemies to fight against, Grunts and Enforcers at first, eventually throwing in a lot of the tougher foes early on into the map. Some of the experience can be tight due to the use of small corridors and rooms. This can create a lot of risky scenarios in a lot of areas, especially when against Fiends and Shamblers allowing little room to escape. Vores in this regard however are then underplayed, the sparse space making them easy targets and their homing attacks mostly useless. Difficulty is pretty moderate, a good balance of ammo and health with some neat little quad damage runs. Only a shame the map ubrupty ends with a slipgate.

Conclusion
The illusions and mind games with your perception is an interesting twist in style. The rest of the level has a solid mix between open and tight gameplay, using a variety of enemies and moderate difficult.