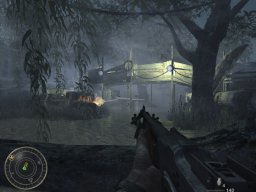 Introduction
One of the very few singleplayer user map releases out there. At least, at the time of writing this. Your squad has been assigned a mission to infiltrate and capture a Japanese artillery position, deep inside the jungles of the Phillipean Islands. Good luck soldiers.

Review
Despite the short length of around half a regular mission from the main game, the map still manages to squeeze in just enough variety with location and gunplay throughout three seperate sections. You’re given a BAR and a Colt as your starting gear and will soon be required to make a switch for something different, because of the lack of any ammo available for these weapons, forcing you to make do with what you have during the first section of the map. You carry around plenty of ammo to push forward before reaching the entrance to the next segment and a decent enough choice of weapons between rifles and a trench gun. The first section takes place inside of a small swamp where the movement will become sluggish and you will find that there is little cover to use. Enemies here will not only charge through the swamp but also attack from above from platforms and huts, forcing you to keep an eye out around your surroundings every time you move on ahead. 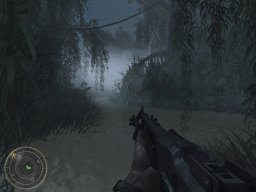 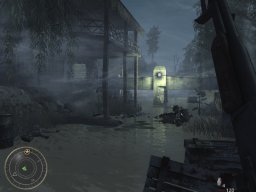 Next up comes the cave system which can be one of the trickier areas to navigate. This is because of the tight fit where the lack of space will be working against you, forcing a much slower and careful progression. Despite the large amount of cover in this area there are a lot of blind spots around the next corner, unsure exactly what to expect. There can also be a lot of retreating taking place, especially because of grenades. This can get a bit frustrating when your allies are getting too close for comfort, blocking the path to freedom when needed the most. The final segment to conclude the mission is a little defensive segment will take place as you square off against your enemies trying to reclaim what was originally theirs. One other annoyance I came across was the sudden appearance of an invisible wall that blocks the way back into the caves once you’ve reached the final part of the map. Not nice to have once you’re put under heavy fire and can’t fall back this way. Progression as a whole is very linear with very minor choices in direction to take, but this isn’t too different from the main game really. 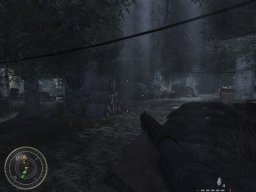 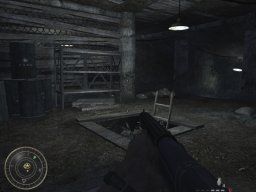 Solid design accompanies the map as a whole by creating a suitable feeling of a mission set at night while trying to keep three distinct locations. The caves are especially well done, looking natural enough with all kinds of twists, turns and lots of plant life scattered throughout the tunnels. Each section is rather small but visually appealing enough to feel like actual locations, while also ensuring that the surrounding edges are given some depth to make the place feel bigger. The author also made good use of the default voice assets to be played at specific spots and making the best from what there is to feel like an actual mission much like the original game.

Conclusion
Solid map as a whole with good design and has variety despite its short length, with a lot of tight gameplay throughout three different scenarios.