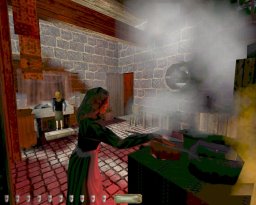 Introduction
Jack Midcoat loses his job as a nighwatchman for romancing Drakon’s ward, Gwendoline. Jack wants Garrett to help him rob Drakon to help fund an elopement with Gwendoline who is expecting Jack’s child. He helps Garrett get his old job as a nightwatchman to remain undercover, giving him free access to a few areas without trouble. Gwendoline will admit Jack by the east gate to her garden. Jack, bringing along Garrett’s equipment, plans to climb up to the old tower and expects to meet him there. They will take what they can and venture further into the retreat.

Review:
Yes, this is another one of those, “searching every corner frantically” type of missions, but how exactly does The Night Watch hold up? Afterall, being four missions long, maybe it could become a tiresome frobathon, searching every inch of a room to find what you need in order to progress? What I got out of these missions was a rich and indepth experience with so many small details littered all over the place. I wanted more. The experience for others however will certainly vary, it’s rather subjective since it matters on whether or not you enjoy thoroughly searching rooms for items, keys and readables, which hold clues to secrets or information on how you can progress further. The difficulty selection does change a few things between them, earlier ones providing more hints, while Director’s Cut pretty much leaves you on your own to figure things out.

Mission 1 – Infiltration:
I knew at once after reading through the text file that this campaign as a whole is going to involve a lot of work and if the objective list didn’t, playing further surely did. Turning around, you’re already presented with two important documents to read, I pretty much loaded up Notepad at that very moment. Upon exiting the guard post, you’ll find a crimson lit sky raining down star fire. Nearby is a kitchen which is rich with details and usage of sound effects. The maid is cooking something on the stove, stirring whatever is inside the pot, steam is blowing outside through the fans, you can take a look to see what’s in the oven doors, a little girl is stood on a crate wasing dishes and the door is kept ajar by a box filled with bottles. And not to forget the old tower, after climbing to the top you’ll be drenched with a really nice atmosphere, the wind is blowing a door above while bats fly around, squealing, and the tower sounds like it’s going to collapse. This impressed me a lot, the amount of detail was amazing and I really wanted to sink my teeth into this mission. I didn’t want it to end and this is barely the beginning. Each area you can go to has something to look out for, everything is also logically placed where you would usually expect stuff to be, including the hidden loot pieces. The readables have plenty of clues to keep you on track, while others may hint to stuff in a later mission. Which is why taking notes can be handy. I was rather disappointed with the design of the ground floor sections of Drakon’s manor in this mission, which just seemed too long and bare compared to the other locations. Although some of the general level design may appear bare in spots, the smaller details make up for it, while here it seems to lack it. My favourite part however has got to be the situation with Clum and you’ll see what I mean when you get to it. As a whole, this starting mission is the longest and most immersive out of this campaign. 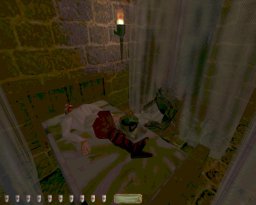 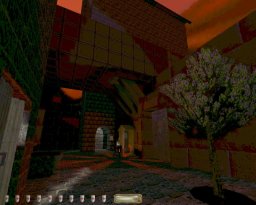 Mission 2 – Elicitation:
Considering this campaign should be treated as one long mission split into four parts, this one takes place directly after the end of the first once you’ve entered the attic. You’ll get to explore a small portion of the Drakon Manor for now, which focuses on the areas above the spiral stairway that can be seen during the first mission. There isn’t many rooms where you get to explore, but what you’ll be looking for hasn’t exactly changed either. This time round however, clues are very much visual based and the gameplay mostly consists of simple puzzles. The tone also changes a little once you’ve discovered the gold room and what lies beyond. There’s a lot of mystery going on here which will start to draw up questions about why this area exists here. As for the design, the areas around the spiral stairs keep up with those smaller details, while the later sections are more simplistic in nature. As for a nitpick, the camera room which guards the book didn’t have very appealing texture choices and almost felt out of place being there. 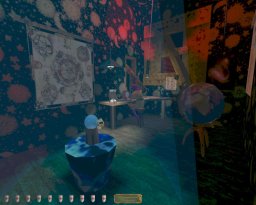 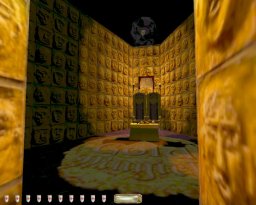 Mission 3 – Reorientation:
The first few minutes of this mission will lead up to a hilarious cut-scene before the main portion actually begins. There’s a breath of fresh air, both in terms of gameplay and level design, adding that extra layer of variety to keep things interesting in the campaign, while fitting into the storyline quite well. One noticeable difference is the theme of water and how the gameplay will revolve around this. Unlike the previous missions, you’ll need to find a route back to the manor by getting soaked to the skin as you swim through the pipeworks. There’s nothing difficult to overcome making this one an easy ride before the climax waiting ahead. The only thing that rattled my brains is the engine’s annoyances when attempting to mantle onto ledges. As far as the design goes, it takes a step away from the usual manor theme and towards that of a water pumping station, which draws water for the manor. Other than the odd pipework or control panel, it’s mostly an empty and bare looking mission, while the occasional location has those smaller details I loved about the start and a short cave system with some coloured lighting to add a bit of spice. 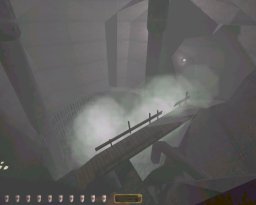 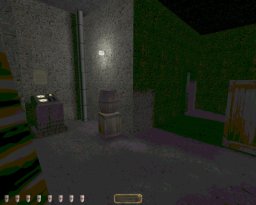 Mission 4 – Confrontation:
Possibly the weakest mission out of the four, but it’s certainly not a horrible one either. It is very difficulty however with some very sensitive guards wearing full armour, which makes it impossible to knock them out and very troublesome to kill. That’s if you’d even want to risk trying. What really makes this one frustrating is deciding on the best course of action to get by all the guards that simply, keep watch for any signs of your presence. Once you’d managed to pinch the key off one of the maids however, and upon the usual thorough exploration, this mission does get a lot easier. Everything becomes clearer and once you’ve found a route, the rest is easy pickings. In fact, everytime I got into a bind I would just hide underneath the dining table and they won’t know what hit them! One other element of the mission is the various different types of enemies you’ll come across, which soon started to remind me of a previous mission I played, The Dead of Winter. This final part of the campaign takes place in the main portion of Drakon’s Manor which is probably the better looking areas of his establishment, with lots of rich furnishings and generally more appealing design. That is, if you have enough time to enjoy the scenery without a guard trying to ram his sword down your throat. I thought the climax to the story was fairly satisfying, especially when the readables tied up some of the loose ends explaining some of the mysteries going on in the previous missions. 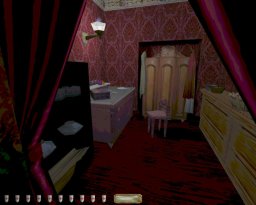 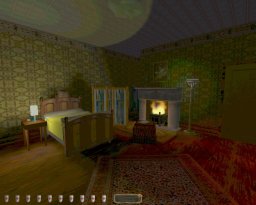 Conclusion
As a whole, the campaign involves a lot of exploration and putting together clues to progress further into the story. The first mission is the most impressive and immersive out of the four, and all of the little details throughout the missions add a rich element to the overall gameplay.