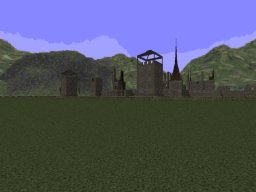 Introduction
Gravity by Eternal, is a two level wad set which focuses on the visuals more so than it does the gameplay. Both maps are large, with a low monster count and the usual mix of switch and key hunting. Find out more, or simply grab the wad right now.

Gameplay
This two level set is a suitable wad for those who are looking for a much more calmer pace. Instead of having large hordes of hungry demons constantly on your tail. These are a lot more laidback. Both maps don’t have many enemies as a whole and there’s nothing that poses a huge challenge. Most of the fights usually take place in very open locations, while on occasions, in tighter areas to add that little bit of spice to the flow. The maps are otherwise straight forward, looking for switches and keys to gain access to the exit with some backtracking here and there. The Mancubus horde in the second map was quite nice, since the vast area can become littered from its projectiles, while the Cyberdemon fights were just too easy even for this. 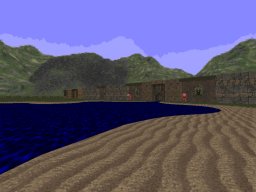 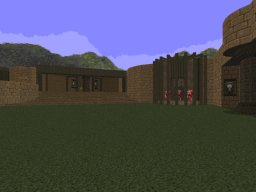 Design
This is the area in which the two levels focus on, taking place in a large landscape with various structures placed about. It is pretty obvious once you’re there that the vastness is too flat and empty, but the buildings themselves do make up for it from their detailed design and, as a whole, good texturing. There’s no usage of slopes here, instead the shapes are emulated by blocking out the general curves with sectors raised at intervals of different heights. This creates an almost classic look for visuals. The map approaches a very clean and solid construction, which is emphasised well from the chosen textures. Either simple metals or some brickwork, which really bring out the shape of the level without looking either too plain or too busy. Lighting has also been ensured to have some sort of realism, with shadows being cast as if the sun was up high, adding that little bit of quality to the design. The major flaw with both maps is the emptiness you’ll see when looking at the map as a whole, even if the points of interest do look nice. 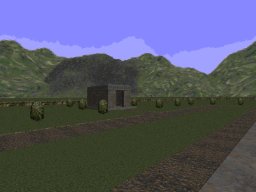 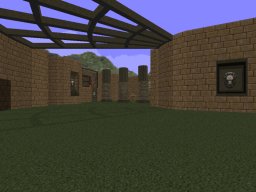 Conclusion
The maps have a nice change of pace with some laidback gameplay. Nothing difficult. Visuals are clean and solid, though the landscape is too flat and empty.