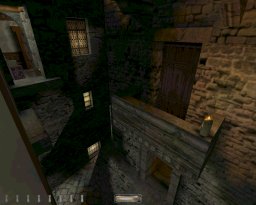 Introduction
The Tower, by Lady Rowena, is a mission made for the Thief 10th Anniversary Contest. It has come to Garrett’s knowledge that Lord Witherdale has recently aquired a small but highly valuable collection of ancient jewels, but the manor is very well guarded. The only other accessable way to retrieve them would be through the nearby tower, which connects to the back of manor. An old guardian still lives within the tower, but that shouldn’t be too difficult to handle. It is however an inconvience that the tower will soon be under renovation, so there isn’t much time left.

Gameplay
The Tower is pretty interesting that, despite the fact playing space is limited within a 64x64x64 cube, there is actually plenty of stuff for the player to get involved with. There are of course a few issues with the mission being a bit tight in spots, but this shouldn’t be too much of an issue for the most part. A few guards and citizens roam the streets, while the rest are tucked up in their homes surrounding the tower that lays at the centre, so avoiding conflict can be difficult if you don’t wish to blackjack them. The mission involves you sneaking around into the various different buildings, climbing vertically higher, where you’ll eventually find your self leaping between windows and rooftops. Lots of fun as you loot one building onto the next. It’s a long way down if you do miss a jump though, but the tightness of the level should considerably reduce the chances of that happening. 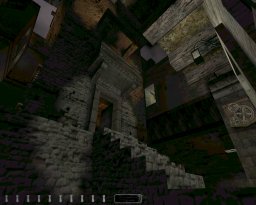 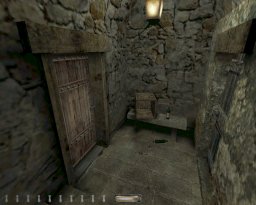 Upon starting the mission, you are given a few simple goals to achieve which mostly resort to finding specific things, such as Lord Witherdale’s jewelery and a Lord Balakin’s Golden Skull. But as you progress further into the mission, more objectives will then be added to the list for you to complete. Every building in the mission is pretty much enterable so there are enough locations to explore, most with some engaging readables to sink your teeth into and other nice little bits and pieces. There’s even a little bonus objective you can choose to complete if keep your eyes open for it. The mission as a whole isn’t very difficult, it does have the odd challenge, but it’s mostly a smooth journey with the odd twist here and there. 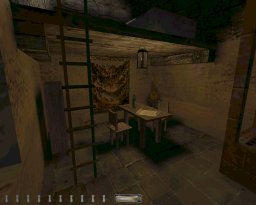 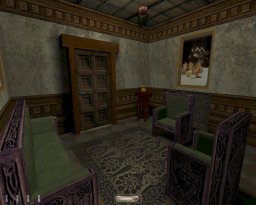 Design
Just like the gameplay, despite the mission generally being small there is enough variety to keep the mission looking fresh in each of the different buildings without any major inconsistencies. Since each room within the buildings aren’t very big, the amount of detailing and objects is just enough to create a scene. Objects are used quite well, but sometimes creates a few tight spots. Texturing and lighting also add a nice combination depending on the style the location is going for. Some places are clean and tidy with some bright lighting. Others look old and dusty using the glow from lanterns or candles as a source of light. For such a small amount of space, Lady Rowena does well in creating a very immersive looking mission location. 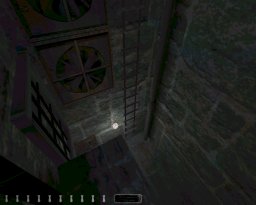 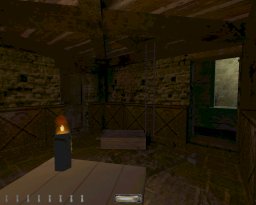 Conclusion
The mission is small, but there’s plenty to get yourself involved with. Lots of fun to be had leaping between buildings and getting immersed in this great looking section of town.