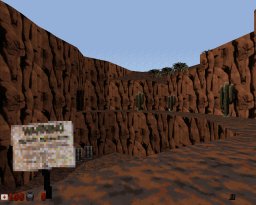 Introduction
Although the title of the map is a pretty standard one, Cavern is Tim Lowndes’s first release within the community, where Duke is set on a mission to infiltrate an alien hideout within the mountains to destroy their babies.

Gameplay
For a first release the map is pretty good from the get go. The general gameplay is the usual keycard hunt with some fair fights, mostly against Troopers and Pigcops, eventually adding a bit of variety into the frey later on. The map however can be too easy, which is mostly due to there being too much health and weapons scattered about, but the primary usage of the smaller health packs was a nice touch. The map also suffers from a lack of ambient sounds, which kind of made the experience pretty dull without music in the background. 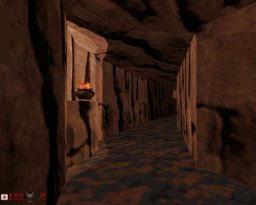 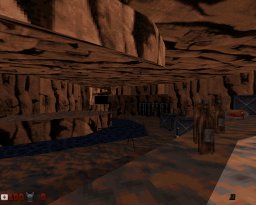 Design
The map mostly takes place within the caverns, as the title suggests, with some caves during the start and later some smaller exterior locations. The caverns themself look decent with some nice shading to add depth. You’ll eventually get to a high tech base which does have a fairly bland design overall, but nothing too bad. There were also a few mis-aligned brick textures in the section after this part of the map, but in general the texturing is also pretty decent throughout. 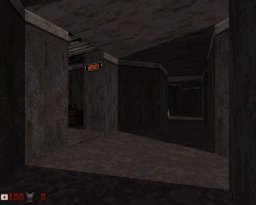 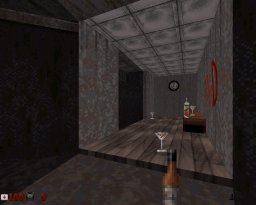 Conclusion
Cavern is a decent first release all round, although slightly easy and lacking ambience, it’s a good map.