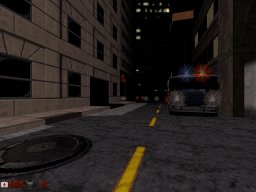 Introduction
The first in the Sky City series, starts you off on the rooftop of a tall building where you must make your way through a small city section infested with aliens while exploring various buildings and looking for key cards to reach the end. Fairly straight forward and simple enough, but how does everything add up?

Gameplay
The map has a medium length of play, while having good flow between exploring and action segments throughout the map both indoors and out. There aren’t exactly a whole lot of enemies around to fight against, but enough to keep you on your toes with a decent amount of ammo and health supplies to keep you going. Vertical gameplay also some role here, where enemies may attack you from windows, or from the various rooftops. The map is essentially a keycard hunting which isn’t exactly too difficult to accomplish either. 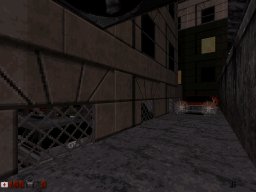 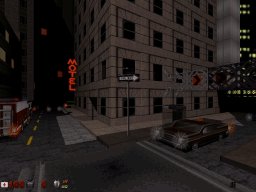 Design
There is a very simplistic nature in the level design found throughout the map, but the structures are solid and have plenty of detail in the exterior locations, where textures have been used rather well and fit where used. Interiors however can be a bit bare at times, though these sections are rather short and isn’t too much of a problem considering their size. The lighting in the level however is put together very well and looks realistic both outside and in, casting shadows how it would typically look. Other nice touches to the map include the nice looking vehicles throughout the streets and carpark. 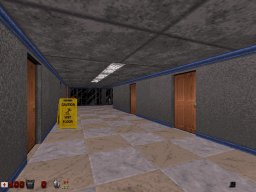 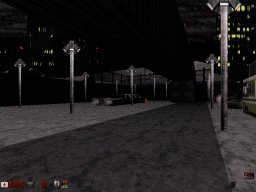 Conclusion
The level was enjoyable, had some nice gameplay and good design throughout.