How I Learned to Stop Worrying and Love GLaDOS 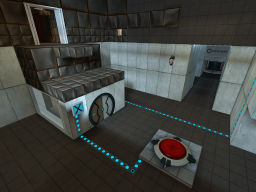 Here we have a rather decent map which actually rivals those made by Valve in the original game, and plays out in a similar fashion. The big difference, is that you’ll be needing to put a little bit more thought into solving the puzzles. Although rather short, there’s plenty to do and a lot of elements from the original game make a comeback here and worked with the puzzles consistently and fairly. You shouldn’t find too much difficulty with this one as things remain enjoyable, rare deaths and good sense of flow between areas.

The design of the level remains very much like the ones found within the original game, so there’s nothing new in that aspect. Structure, texturing and lighting all remain good and there’s a fair indication as to which surfaces can have portals placed, again like the original game. Areas remain wide and large enough to navigate and there is a fair placement of important objects and surfaces for the player. As already mentioned, the lighting is good and easy on the eye, which remains well lit and keeps things fair for the player.

Conclusion
High quality, Valve like map that requires some thought to solve but nothing impossible to achieve and remains enjoyable throughout. 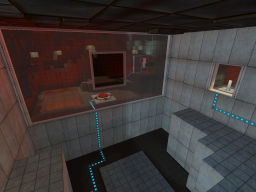 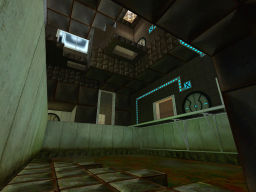 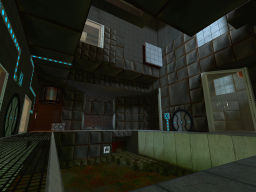 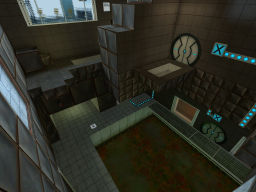