Gameplay
Takes place after your third mission from the original game and assumes you never killed Lebedev. The NSF have taken over Hotel Carone and guarding hostages in the process threatening to kill them. There’s also the problem with explosives in the underground parking lot and canisters of ambrossia they may find. It’s you’re mission to sort these problems out and head back to UNATCO HQ once done. There are four missions, the first is a mission briefing and to stock up on supplies and augmentations.

The next mission however takes place in the hotel and can be approached in many different ways which gives the player several ways to accomplish they’re task. Back door, vents, elevators and stairs are available to gain access to certain areas. From the start you get plenty of skills points to start yourself off and more to gain later as you complete primary objectives. If an alarm is set the hostages will start becoming victims whichs adds to the difficulty. Enemy hitpoints can also be adjusted at the difficulty screen before playing. Most of the second mission is for the player to progress with care, or face some consequences. Once returning to UNATCO HQ, a small twist takes place causing another two missions after the second.

Design
Remains above average throughout keeping a consistant realistic approach to both the interior and exterior locations by adding in the right about of detail needed. Structurally the building has large and small locations, the building has several accessable floors which stick to a similar layout throughout while some have different designs. There is a mix of rich and modern textured floors and a couple of bare areas that are offlimits. The hotel rooms have exactly the same furniture and layouts in each, but some may be damaged by the NSF. Lighting is moderate but some corridors have some dark patches which don’t look too nice considering the brightness of the lights, and the issue with red lights on the fire exit that don’t emit anything. Other than that it looks good in the larger areas. The design remains consistant and detailed throughout all the missions creating a believable looking enviroment.

Conclusion
Four mission modification with an unlinear approach to the tasks which remains enjoyable throughout, with decent lighting and design. 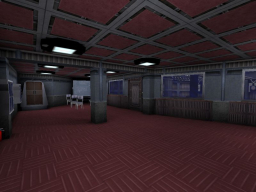 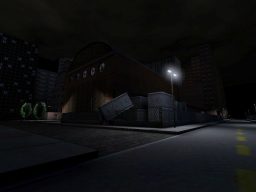 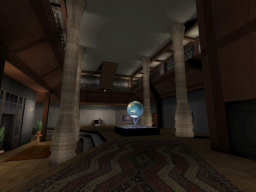 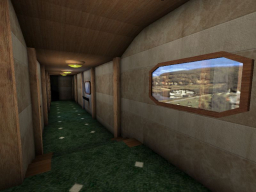