Gameplay
The mod starts off with a short cutscene of you sitting inside the back of a jet which eventually crash lands in a nearby city. Surving the crash and getting outside you start your journey with no weapons in a survival horror style enviroment. The first two maps start off quite dull, introducing you to some demons which have some dangerous attacks taking of large chunks of health from you. One particular demon’s fireballs are tricky to avoid but possible, however these beasts only take a few shots to take down. Throughout the levels you’ll find new enemies and bosses to fight against, where gameplay is mostly action with a few keys to find and horror pieces here and there. The mod gets a little more enteraining later on but things are quite hard from time to time if you don’t watch your back as enemies start to fire off more projectiles towards you. Enough ammo around but health can be sparse from time to time. Four new weapons are found within the levels, a bone used for melee attacks, a pistol which is rather slow and weak, a trishotgun packing a large punch at enemies and a heavy duty machine gun useful for making quick kills or mowing down large groups. The mod itself has a lot of interesting segments and ideas in there, but the flow through the mod can come across quite difficult and tiresome. The major concern is that the possibility of saving exists but it seems to only record the level status, not your progress which is a little bit of a bother when you get quite far.

Design
The design improves as you progress throughout each of the different levels. There are a few themes in this one, from city to sewers and amusement parks each with some decent structure. Some areas are however too tight when venturing throughout some areas, while the exterior locations remain quite open. Texturing isn’t too bad, however don’t add enough detail is certain areas of the levels giving it a basic look. However they have some well chosen sets for the later levels and aligned fairly well throughout. Lighting during the first few levels remains quite dark and dull but eventually gets better, especially in some of the interior locations, however nothing too special to comment on in this area.

Conclusion
Sometimes quite tiresome but can be an enjoyable experience with some good design. 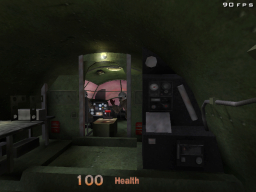 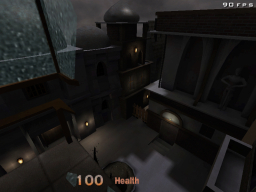 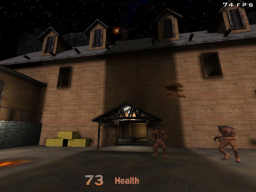 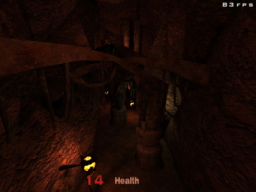