Gameplay
The seventh in the series of community build projects comes out as a short, sweet and enjoyable little mission. Gameplay is pretty much keycard hunting and getting into some balanced and fair fights. Places can get tight during the gameplay in some areas but nothing too troublesome. Nothing too hard to approach with plenty of ammo and health supplies about. An elevator closer to the end has a nice lighting effect but goes down rather slow and the last area is rather epic fighting off some battlelords but could have had a more interesting climax to the very least.

Design
Of course each mapper has their own styles but the theme is consistant throughout the map and sticks quite close in overall look. The first location I noticed, by Supertanker, resembles a similar style to Stephano’s industrial maps but either way each location has plenty of detail to make them look good. Mikko uses his simplistic yet effective style once again, while Steambull and DavoX have their parts a little more detailed. Some few misaligned textures in Stef’s part and some nice lighting here and there others but no major complaints overall. 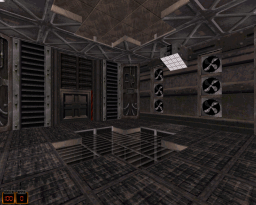 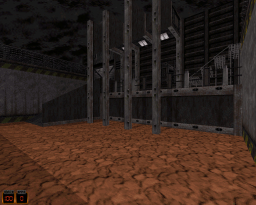 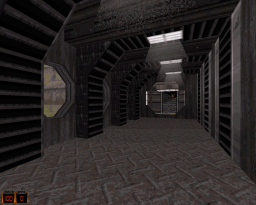 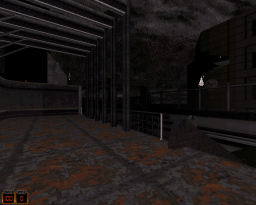