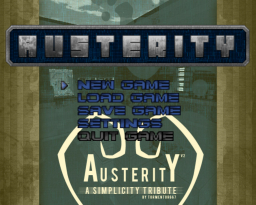 As expected, this one is challenging with a recognisable pattern of hordes and surprise attacks throughout each of the three maps in this release. As stated there will be many fights, either with a few small hordes or a large groups, they’re all varied with different enemy types mixed together. Enough room to manuever around wether you’re indoors or out, but it’s still possible to be cornered or get stabbed in the back if your not careful. Your barrel will always be smoking hot, every room and corner there will be some form of fight, or a respawn of enemies to lengthen the journey towards your exit. Ammo and other supplies are balanced quite well, but very easy to run out of in this wad if your not careful how many shells you’re firing or damage taken. Secrets are available rewarding some hard earned goodies worth looking for since they will prove useful during many areas. Typical objectives, where other than the battles you will travel from one point to the other collecting keys and backtracking to the required doors and repeated in each level. 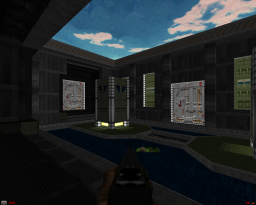 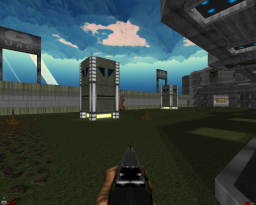 Design
The style of structure and design is very similar throughout each of the three different themed levels, of which add some variety of colour and texture usages. Overall the design is top notch and structure to fit the theme chosen for the map. These colours of each theme blend well together using good texturing of which align well and look clean. Some obvious structural differences are noticed depending on the theme is good, such as the arches and gates used in the gothic styled third level. Lighting is existant in all levels and has been done realistically where used both bright and dark areas, so overall the visuals are very good. Layouts however are almost a similar style in each of the three maps with a lot of symetrical usages, with a few differences here and there. Small rooms with either a key or switch within it or large exterior area with a few columns placed for cover which soon get very obvious, except for the third map which has other interesting elements.

Conclusion
Three challenging and balanced maps with top notch design in each. 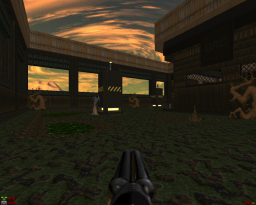 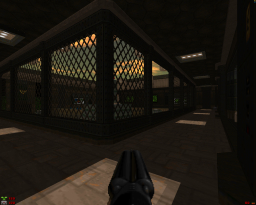 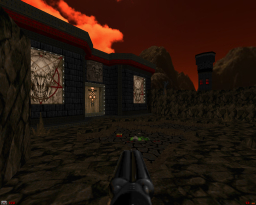 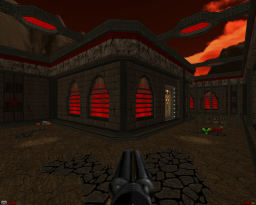