Gameplay
First of all, this is a huge mission pack that ranges across thirty seven different maps all linked together and creating a development of story through the use of voice acting, translator messages and cutscenes bringing several scenes a lot more to life. An emergency message is transfered to the Vortex Rikers 2 as it travels through space, where three members from the crashed Vortex Rikers 1 contacting for help on Na Pali and it’s your mission to track them down. Upon your arrive however, you are shot by the enemy and taken away to a Skaarj prison. The gameplay then takes place here. Once you take control, your character will start to talk about his current situation and does this quite a bit throughout each of the missions. He will sometimes say the odd corny phrase after killing certain enemies or reveal what the player must do to continue on. I found this a problem in a few places as it removed the ability to find out yourselve, giving away the answer too quickly but it’s not too common. 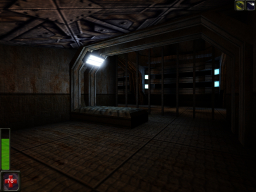 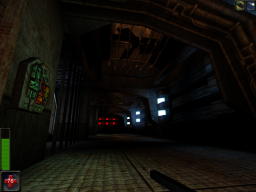 The action throughout this one is both balanced and very enjoyable, where I never felt fustrated once during them, except a few rocket firing enemies. Variety is added to give the player a few ambushes to fight off, as well as a few simple one on ones. Weapons are given to the player at an equal and fair rate, while also being plenty of ammo for each and lots of health. There is also a new weapon found in the later levels, but I’d rather not spoil it since it’s a decent one to use for the time you have it.

Cutscenes play a role in this one that take place quite a lot, sometimes a bit too sudden distracting you from what you were originally doing, but they have a purpose to add some extra plot or a sense of awe. But I find they spoiled any threats and surprises ahead, they were useful to show which switched opened what door however. Lots of translator messages lay around, throughout the maps revealing some plot twists and foreshadowing future events, with a few comical ones here and there. Some features I did like in this modifacation where the player bots that fought along side you. Although they tend to not watch they’re fire they can be useful against a small swarm of enemies and they don’t get stuck as easily as they would in other games. This is very useful and saves you time opening doors for them as they can obviously do it themselves keeping you immersed in the actualy gameplay. Other features such as many hidden secrets add points, and ending the level before the goaltime also does this which makes up a stat system for replayability. But that isn’t all, some extra modes can be unlocked depending on which difficulty mode you played on from the beginning which again adds more replay value.

Getting back to the actual mission however, each level has it’s own atmosphere throughout and the noticable ones are the levels that use fog. The ambient sounds help add a more realistic vibe to the surrounding areas keeping everything alive and immersive, drawing the player within the world of the Nali. There are some other interesting stuff worth mentioning about, but I don’t wish to spoil them and keep everything more of a surprise. However I will mention that there is plenty of variety amongst the levels while some do have a lot of switch pressing and venturing around towards your goal, slowly adding in twists that have a realistic flow and meaning to them. And ofcourse, there’s a very entertaining playable credits maps that is worth checking out once you’ve completed the mission. 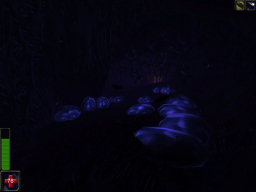 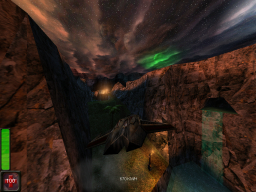 Design
The levels throughout have been beautifully crafted, with eachs authors own styles shining through the finished products, but some levels more towards the Research Labs lose some design value, picking back up soon afterwards though. Many maps as I mentioned have been created by different authors showing off their style of doing things in each. The most noticable ones I found were Hourence’s detailed high tech themed levels with a lot of shape in the structures throughout and a lot of curved sections. Exterior locations are beautful and large, vast landscapes in some with realistic texturing. Some locations move away from the typical Na Pali designs of the outside areas to feel a little more fresh where lighting also helps a great deal. Orange sunset light shining amongst the high cliffs causing some ambient blue shadows on lower cliffs and canyons adding a lot of atmosphere in these areas.

The designs of the white castles and other temples were also noticably well made and I enjoyed exploring every part of these maps as much as a I can while half of them are falling apart realistically. Each of the temples, ruins and castles have their own unique styles to differ and keep the variety flowing without going over the top and being sensible about the design for each. Some of them have many large locations within them, with a lot of verticle structure to make the player feel small, while others are moderate in height. The world matches a Na Pali theme very closely and sticks true to this very well while keeping the developers own ideas of things to fit well and realistically making the place feel like it’s worth explore. Especially many of the high tech interiors.

Conclusion
Beautifully crafted and designel with an enjoyable gameplay throughout. 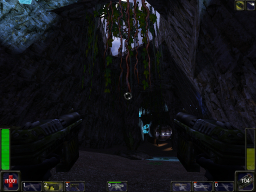 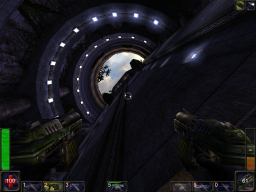