Gameplay
Five maps of action packed adventure fighting against several different types of enemies, but mostly the military grunts. Basically, your task is to operate a satelite which will fix the portals to Earth which should stop Xen creatures teleporting in when they feel like it. There’s more than enough supplies around and a good amount of enemies to fight, however a few easy shots can be taken at them quite a lot. Some nice balance and flow, and throughout there is a lot of explosive entertainment with grenades flying everywhere which adds a little bit of enjoyment there.

Design
Below average at first but starts to pick up a little bit on the third level in the pack. Structure wise is very basic with simple constructions with a lot of prefabs being used. Texturing is also average with some boring usage in a lot of places, but as mentioned earlier the design gets a little better later in. Lighting was again, average which did it’s job well but could have looked more interesting in a lot of places.

Overall Conclusion
Quite enjoyable map pack, though with an average design. 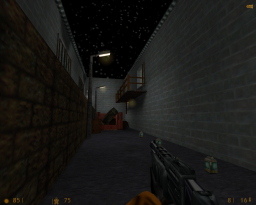 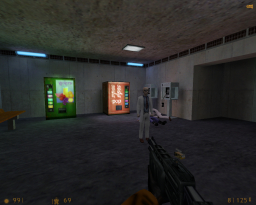