Gameplay
Set during the Vietnam war, you Captain Percy Freeman, a Special Forces officer is sent in to find and assassinate Colonel Kurtz but the mission is a lot more than you bargained for as you are attacked by several of the undead and it’s up to you and Barney to survive. During some majority of the mod, Barney will be following you and must be kept alive while you both take on the Viet-Cong, US Marines and hordes of zombies, complete your mission and get out of there. This one contains a lot of new features which are most obvious from the start, new enemies, weapons, audio and NPC’s throughout the mod while each level sticks to a good atmosphere working well with all the new stuff. Balance in the weapons and action is good and keeps a decent flow but Barney can be a bit tricky to go where you want him to go a lot of the time. The mod is rather long but not tiresome as each area has it’s own excitement and twists within it to make sure you don’t get bored with a few simple tasks to do in some areas to proceed onwards.

Design
Very atmospheric and fits the theme well with new textures, models and skyboxes to help add to the style. Structure throughout is very good and kept in a detailed manner that fits with the style of the models. Texturing has also been worked on carefully which all fit and have been used well to help add to the theme much more. Lighting is moderate with no real complaints, some of the exterior lighting adds more to the atmosphere of each level, especially those of which the sun is set and looks great. Like stated before, the models fit with everything else so nothing is out of place anywhere in the mod, and there’s plenty of sounds around to make the place feel more alive and realistic. 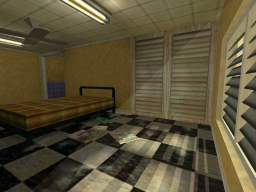 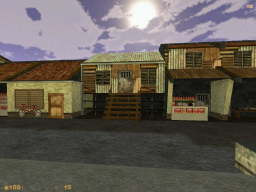 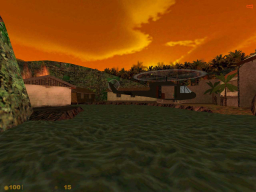 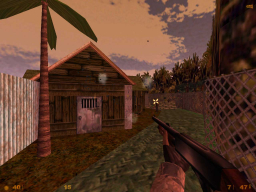