Gameplay
Your task is to return back to the Black Mesa facility to rescue two scientists that are very important, although that may sound simple enough, there is a lot of trouble ahead for the player. The action is quite hard but apporached well to keep it challenging, but again sometimes fustrating. Ofcourse you are going to have to find the scientists while several enemies get in your way throughout the facility. After finding them though, they will be following you around for the rest of the mod which adds to the difficulty. If any of them die you fail your mission so you must protect them at all costs and this is where things get fustrating since they can get stuck from time to time or run into enemy fire and even get in your way. Other than those problems the concept has been approached well and can be reasonably enjoyable once you get used to the idea.

Design
Several areas from the original Black Mesa will be revisted with several new locations that follow a similar design but with a slightly better structure. Plenty of detail has been put into both the exteriors and interiors to keep them good looking with some decent texturing throughout, again following the same Black Mesa style. Lighting is moderate with no complaints which also follow the same design pattern and keep some large areas well lit. Layout and sizes of a majority of the areas are good for both the action and travelling with the scientists throughout each level.

Overall Conclusion
Good approach to gameplay, yet quite hard. 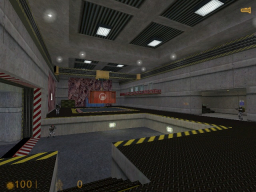 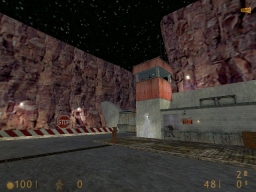