Gameplay
Very solid and balanced throughout the remains an enjoyable experience. Since the map is a remake of the original, Half Life: Uplink, the flow is very similar. Cutscenes are very well made, with some realistic touches such as Barney pulling out his handgun as the elevator doors open, and the recreated lab destruction involving the Garg. Enough action throughout, plenty of ammo and health supplies. The story and objectives are also the same as the demo but this time a little bit better, with a small extra part after the Garg scene.

Design
Like the gameplay, very solid. Everything is structured well without causing any slow downs or errors while looking detailed. Textures are aligned perfectly with some great choices that mix well. Areas are also large enough for battle with some cover here and there which is good. It recreates the look of the demo well and captures the atmosphere while expanding on it making it that much better. No complaints about the lighting as it is moderate and used well, with other small effects. One major thing that was really good were the small details of pipes behind panels and even the working mechanics on the elevator as it comes up at the end, good eye candy.

Author’s Notes
This map is best played without the HD pack that came with Blue Shift and there are a few bugs in the map as well, which will be fixed in the upcoming update. 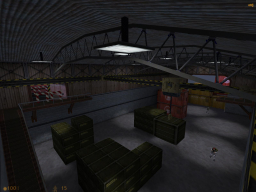 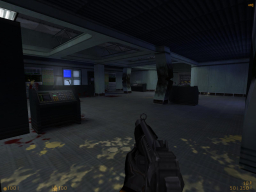 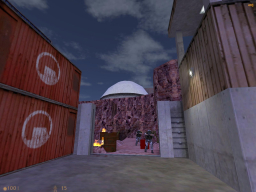 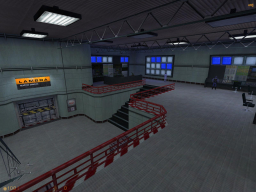