A Day In The Life Of A Coward

Gameplay
A rather simple map where you get from point one to the end which a few enemies on the way. Nothing too hard except when you get near the end with the Garg. This part can randomise at times, since most of the time it will kill the scientist and fail your mission or chase after you. Either kill it, or protect the scientist another way from getting killed so you can progress and complete the map. Previous fights pose no threat at all and theres plenty of items for the map, although it gets really boring.

Design
Below average a lot of the times, with simple structure and basic texturing. Although there were a few good looking rooms, but nothing major. Texturing wasn’t exactly bad either, there were well chosen and blended perfectly with each other but again, not major. Lighting was again good, nothing to complain about although nothing to credit either.

Overall Conclusion
Simple design and structure with an easy, yet boring gameplay with no sense of accomplishment. 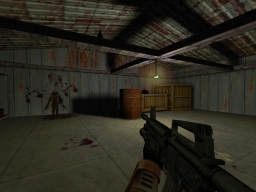 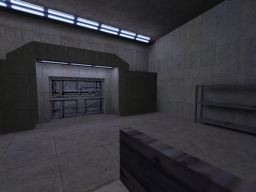