Gameplay
This map flows very well from the begining through to the end at a fantastic pace. However, closer to the end it gets quite difficult but if done right is very possible. Just the right amount of action during and after each objective as you progress further, slightly better than the original missions in the game therefore a good balance. As you play, you come across some cutscenes which are helpful to know where you must go, some can be slightly funny. Also included is new audio for the radio to also guide you in the mission and clear to understand, which makes the map more immersive and fun to play. Enemies are all soldiers, and plenty of them around with a large variety in their weaponary making it feel more realistic and more choice in your armoury. Health is limited, so avoiding fire as much as possible is best for this map, since most health is located in shacks near enemy territory. Gameplay is very linear, as you’ll also be doing some back tracking to other locations by pressing switches, using computers or blowing up areas in a compound. They can be approached anyway the player wishes to as their is a little more freedom and paths to take, with plenty of trees and plants to hide in, however finding the best one for the last objective was a bit of a job for me. There is also a small limit of checkpoints which also causes the player to be a little more careful in their mission, although there are plenty around, but it’s very possible to die as you get closer to the next one due to an increase in enemies when revisiting a location.

Design
Beautiful throughout from start to finish with very well made terrain plentiful in vegetation keeping the place feeling very tropical and realistic. Paths and some signs are helpful to the player know the basic route to where they must go with areas beside them they could take instead. Roads are wide enough for the jeeps to drive through and getting stuck is at a low risk too keeping those parts enjoyable. Shacks and interiors have been used very well where the enemies are located, with plenty of objects and furniture layed out adding to realism much more, especially in the compound with lots of rooms throughout. Other than that, lighting is kept moderate and realistic and high mountains are blocked to prevent the player accessing areas they shouldn’t, especially too early in the level.

Overall Conclusion
Balanced gameplay with a very good flow, and beautiful design in both the exteriors and interiors. 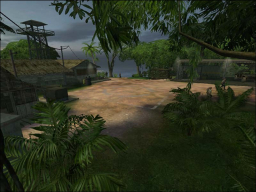 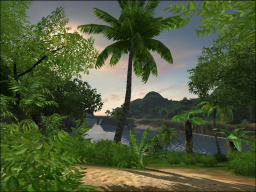 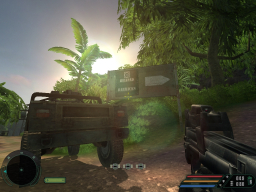 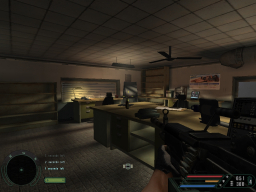