Gameplay
Quite a long keycard hunt set in a crashed submarine, with action both underwater and around the interior. Map is lengthened out with a few switch and explosive puzzles placed fairly decent in the map. A varity of enemies throughout the map keeps action different and has been balanced out well. Weapon, ammo and health was very good, since there was health when I needed it later and enough ammo to fight but not too much which would make it far too easy. I got lost a few times looking for the blue key card door and kept going in circles, so there should have been some sort of clue but other than that, the map was enjoyable.

Design
Above average with a simple structure but detailed fairly well throughout. Texturing isn’t the greatest but most if it fits in the areas asigned while other times they don’t, mostly being the ceiling textures. Structure of the map was alright but a little too tight in places and could have been slightly wider and set out a bit better. Other details such as the barracks and small office were a nice touch, especially with the miniture figure of the submarine on display. Lighting was very good and looked accurate and realistic, but a few places lacked some of this. 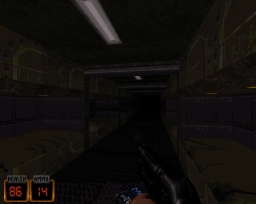 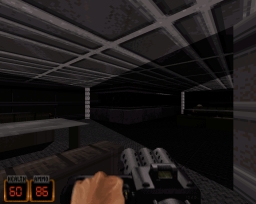 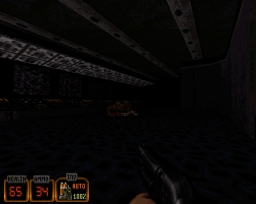 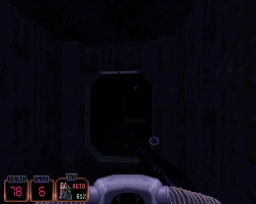