Very challenging fights with the Skaarj and Krall as combat isn’t easy, but overall some good balance throughout with plenty of enemies to keep the action up. I liked how the episode managed to keep a solid viarity of the enemies and not introducing them too early and the same can go with the weapons. Boss fights were the hardest in the episode though as they required a lot of firepower and used up a lot of ammo, yet there is plenty of it.The episode also had a lot of translator messages adding to the story and foreshadowing what will happen later in the episode which built some tension and excitement, although
I wasn’t really looking forward to the long fights. The episode is fun throughout though and isn’t too confusing yet some of the large fights can be tiresome, especially the temple map.

This episode has a lot of varity in each of the levels, all designed very well within their theme with very well chosen textures, well placed models and some great structure to the maps. The outside locations are constructed very well with very natural looking rocks and terrain with fitting textures and interesting elements such as rivers, pools and other details. The large open space are filled with organic static models to make the place feel less empty and the ambience used helps create a realistic effect and has been achieved very well. The interiors are either small or large but always enough space in them for combat. The structure varies depending on the theme of the building, yet have been made to look like what they are defined to be. Other interesting details also fill up the rooms but later in the episode some rooms start to feel a little more empty. I liked the temple level the most due to its very larged and detailed landscape using a lot of organic models to fill the place up and the texturing has been done very well and fitting with a good design on the interior making the place feel like a proper temple. Lighting is also very good in the episode, each area lighted well with a good colour and setting making the area feel realistic. Outside lighting is especially good working great with the surrounding enviroment adding to the atmosphere adding to the gameplay as well.

An excellent episode with very challenging gameplay and great design. 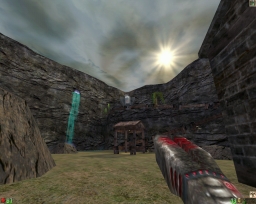 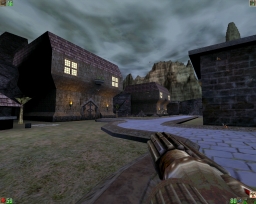 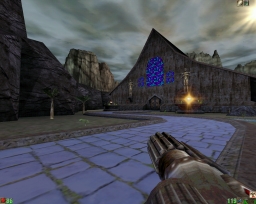 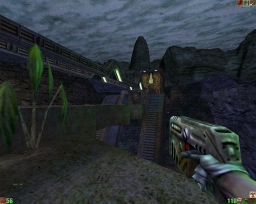 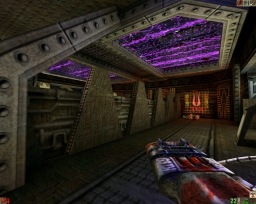 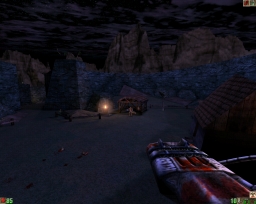