Very action packed with a lot of enemies and a big viarity and ammount between areas. Theres also huge battles with a lot of enemies as some guitar music plays in the background which works very well and suit the time it plays. Sometimes the fights can get tiresome when you die a lot and the spawn point is quite far away, even though later you get a new spawn point. Map has some nice ideas to proceed further and teamwork. Theres a lot of ammo in this map to last a long time too.

Top notch, everywhere is detailed very well, and look fantastic with really good texture choices and aligning. Lighting is done well, some lights look a bit bad though, but not all of them. Map also has a lot of large rooms, good enough for a lot of action and still detailed very well. Locations of each enemy and horde is also thought out well.

One of the best Sven Coop maps I have played in a while. 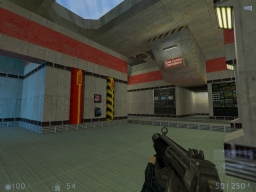 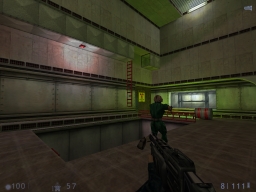 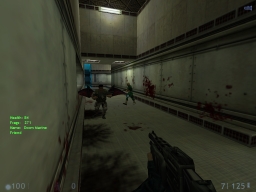 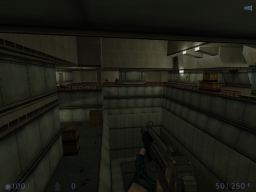