Introduction
Brave New World is an episode with five new levels and some new weapons, and stars himself as the main enemy (not the final boss though). I love this whole episode to bits, maybe is because of Mikko’s style.

Gameplay
Straight forward keycard hunting and button hunting with objectives in each of the maps too. Theres plenty of action and fair amount of respawns, plenty of ammo and enough and fair amount of health. The episode is really fun through out, and doesn’t get boring, maybe some battlelord fights were a bit of a challenge though. The final battle was very tight and took me a while to complete it.

Design
Lots of trimwork and textures fit perfectly where they have been placed. Texturing is well done and texture choice is really good. You can tell this is Mikko’s style straight away. Everything looks really clean, and trimwork helps with that too. Theres a lot of fans in the episode, but Mikko explains that in the episode’s story. Shading has been done very well also, and looks quite realistic too. 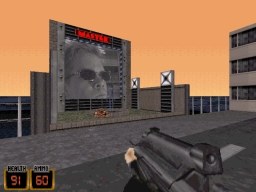 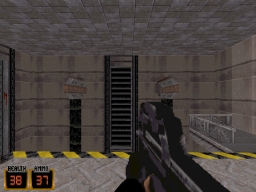 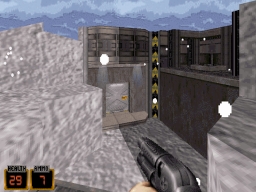 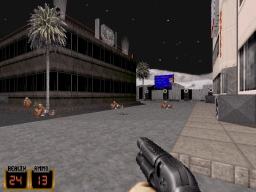