Very easy with a small amount of enemies. There is enough ammo and health in the map but the pigcops can be a bother when it comes to health. The map is tricky to complete as it requires you to open non-obvious “doors” to get keycards to proceed furthur in the map. The outside area could of used more enemies though. The weapon and item placements were good though and not too close to each other. The boss fight at the end in impossible though and would of been better as a Nuke button.

Basic with a messy layout and bad texturing. The canyon area is fairly well made but the sky wasn’t made correctly and ruined the feel of it being outside. The map also lacks shading which never worked well outside since the map uses a night sky. Some rooms were very tight and one vent was hard to get into and had to be entered at a certain point.

Basic designed map with an easy gameplay, but tricky to find where to go next. 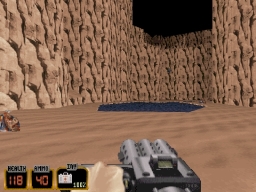 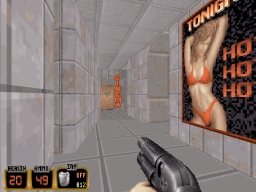 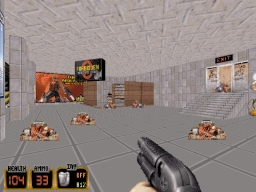