Introduction
This is a mod with two episodes in which can be played. Includes new weapons, enemies and some well done voice acting.

Gameplay
Gameplay in this mod is really fun, and the British voice acting is hilarious and done well. The fight with the dead are fair and the lower health you have makes it more of a challenge. theres plenty of health to get through with and a fair amount of weapons used in the mod. Mod offers some near weapons and enemies which makes playing through even more fun.

Design
Design can be above average most of the time, with well chosen textures. Sometimes, areas can be a bit basic and texturing can be quite poor. There iss some misaligned textures around in some levels too, but overall the levels have been made to play through in an enjoyable way

Overall Conclusion
Really good mod with a fun gameplay, hilarious voice acting, new weapons and enemies to fight against with some challenges here and there. 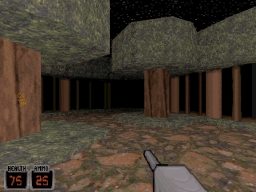 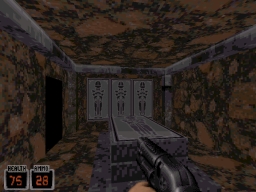 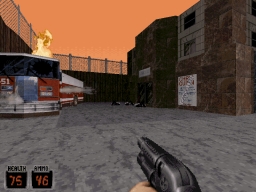