Gameplay
Very similar to the previous installment but ofcourse must better and more improved with a lot more interesting moments throughout the whole modifaction. Puzzles are a lot more difficult but a lot of viarity between them keeping each chapter very tension building and fun. There are plenty of puzzles that tend to get fustrating but they’re require some thinking to successfully get through. The modifacation still has a lot of action throughout which creates more tension for survival, but again it’s limited to headcrabs which when attacking says “I’m a dragon!” which was quite funny. Some changes to the weapons this time round with a sword like melee that kills instantly and gives its user infinite health. There are also times where you get all sorts of different scenarios from mini quests to jump puzzles or funny moments. Another feature that was added in were the diary entries which added to the story, making the place feel the way it really is like.

Also included are some music tracks that really fit the whole theme and work well where they’ve been used. The new sound effects are also quite good, making the world around feel much more alive. I quite liked the village section of the mod where it feels like a role playing game, more precisely like Zelda. A lot of the speech throughout also keeps everything entertaining, sometimes the tone is boring but that adds to the gloomy grey feeling the whole thing gives off. There is also another boss battle in this one with Somos again, but this time round a lot more harder and exciting. The team actually made him look and feel a lot of stronger and creepier and the music used in this fight seriously fits.

Design
A lot better than the first Halfquake using new textures and style all together which works very well with the actual theme. Each location has been constructed fairly good for the style they wanted to achieve, most of it is basic looking yet very good at the same time. Each chapter has it’s own style and look to the place, and much later into the mod there are more solid designs with more textures used to make actual locations still within that set world theme, very good job there. Every location has it’s own wierd tone to it which creates a lot of atmosphere to created a dull mood yet adventurous one at that. A lot of other interesting details also worth mentioning such as that face that is seen everywhere on buttons and such can also be seen on enemies and in the skybox. Even trees and bushes have a wierd style to them with a drawn look. There’s a lot in this modifaction worth mentioning about but It’s best left up to the player to find them all.

Overall conclusion
A fantastic theme, with very fitting design, style and an interesting gameplay throughout. 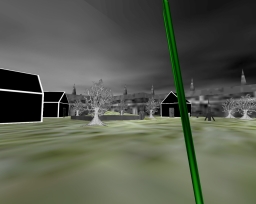 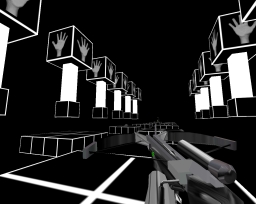 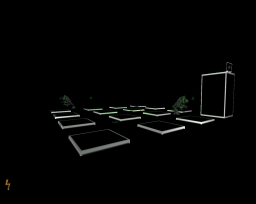 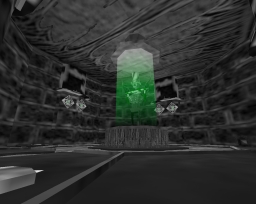