Somehow, perhaps under mysterious circumstances, Duke finds himself trapped once again on the same alien home planet, only this time he’s stuck on a strange island surrounded by a deadly acidic ocean. Swimming away is not an option so locating an intact space vessel would be a better choice. It worked before… right?

Inspired by his very own X64-2 level Maarten takes another crack at the alien planet theme where Duke must once again break free from his imprisonment before any exploration can be made. Shame that our escape strategy isn’t quite as grand as it was previously and nor would I consider the small crawlspace visibly obvious either being obscured by darkness. My disappointment subsides once outside access is made where things begin to look up and presented with larger scale areas going forward. For starters I absolutely adore the overall visual design going on here. TUP primarily takes place on a small island complete with coastline overlooking a green acidic sea line. Several oddly coloured pools makes the inner parts appear closer to swampland, several broken down vehicles loiter nearby and roads linking up to tunnels suggests civilised life. Interiors and cave systems can often be dark but not quite forebodingly so either. Maarten seems to step away from horror elements this time round. Instead more attention is put toward a stranger aesthetic to emphasis the theme through various details like plant life attempting to reclaim its organic land, bubbling water tanks containing slain captives or the multicoloured crystal clusters along cavern walls. There’s something calming about the whole place. Where X64-2 felt incredibly hostile, TUP feels like a forgotten serenity in comparison. Quite bizarre considering the choice of gameplay taking place here. 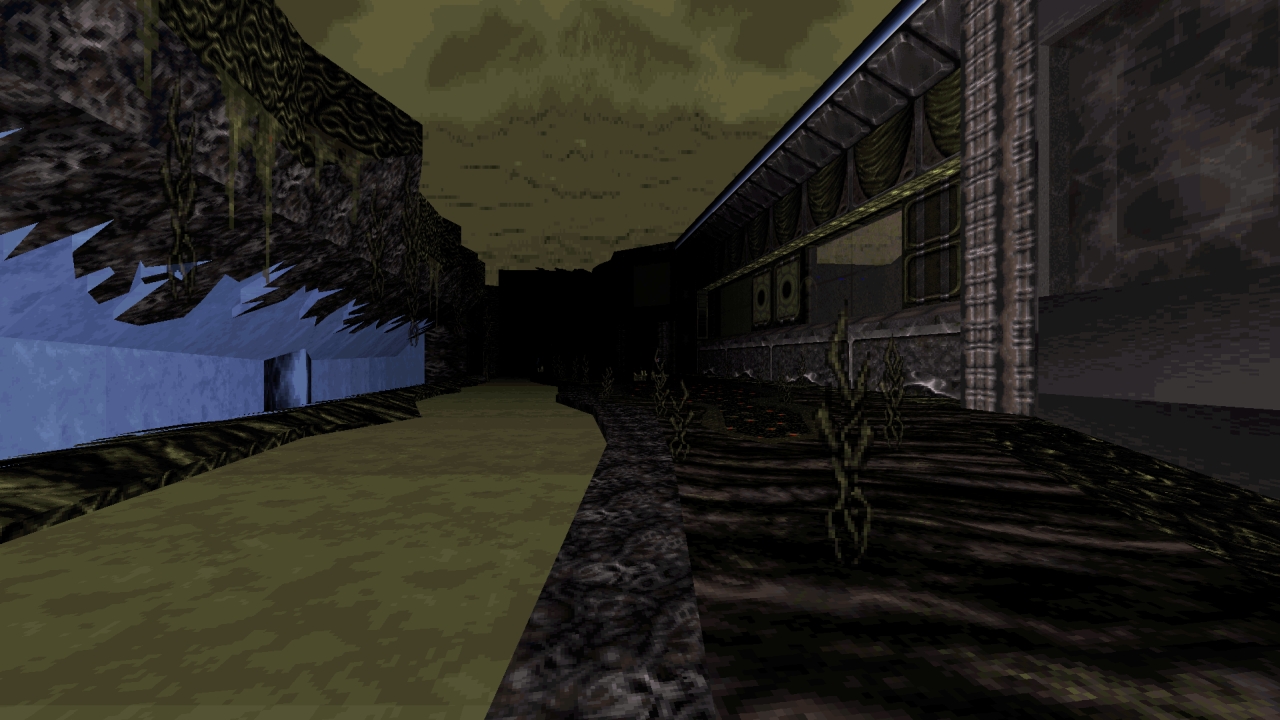 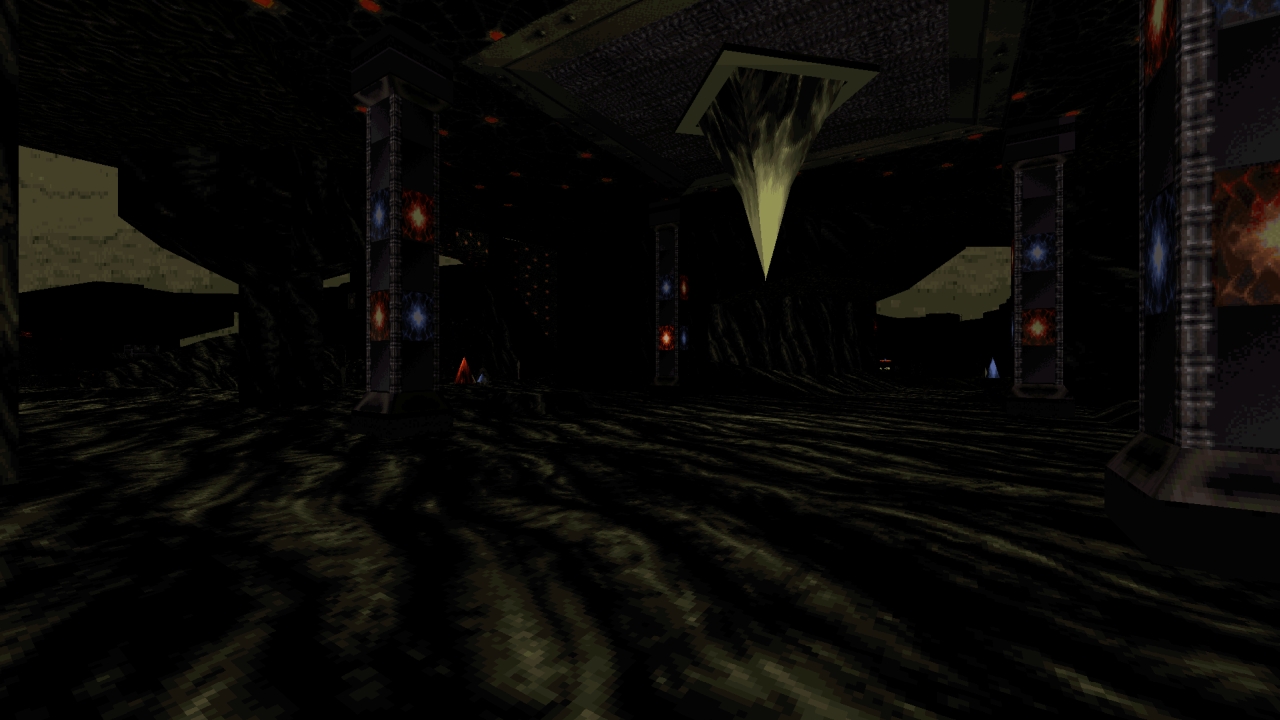 I couldn’t help but make comparisons to X64-2 while playing and then coming to a conclusion that, besides sharing a similar setting, TUP is a vastly different experience altogether. There’s a stronger focus on raw action by tossing out Battlelords right off the bat, opting not for steady progression to get straight into the heat of battle. Initial weapon grabs are of explosive variation being stuck with an RPG for a good while with the usual arms found further ahead, creating an alternative change of pace players wouldn’t usually be accustomed to from most Duke3D levels. Health supplies are once again limited to atomic powerups and munitions are plentiful often collected at distinctly shaped cache points. Our goal going forward isn’t quite as clear here at first when players are free to roam around a good portion of level without many blockades along their path. Some sections are locked down using forcefields but eventually key cards and switches pointing to the central building will be found. Sadly there were some obscure routes which blended too much in the environment forcing use of automap to figure out what destination I missed. During that course I unintentionally discovered a path allowing me to skip a majority of the level only realising it once I reached the exit and having to reload my previous save to experience what I missed out on. Whether or not this is supposed to happen it can be quite jarring knowing there are undiscovered locations but not exactly unwelcome either. 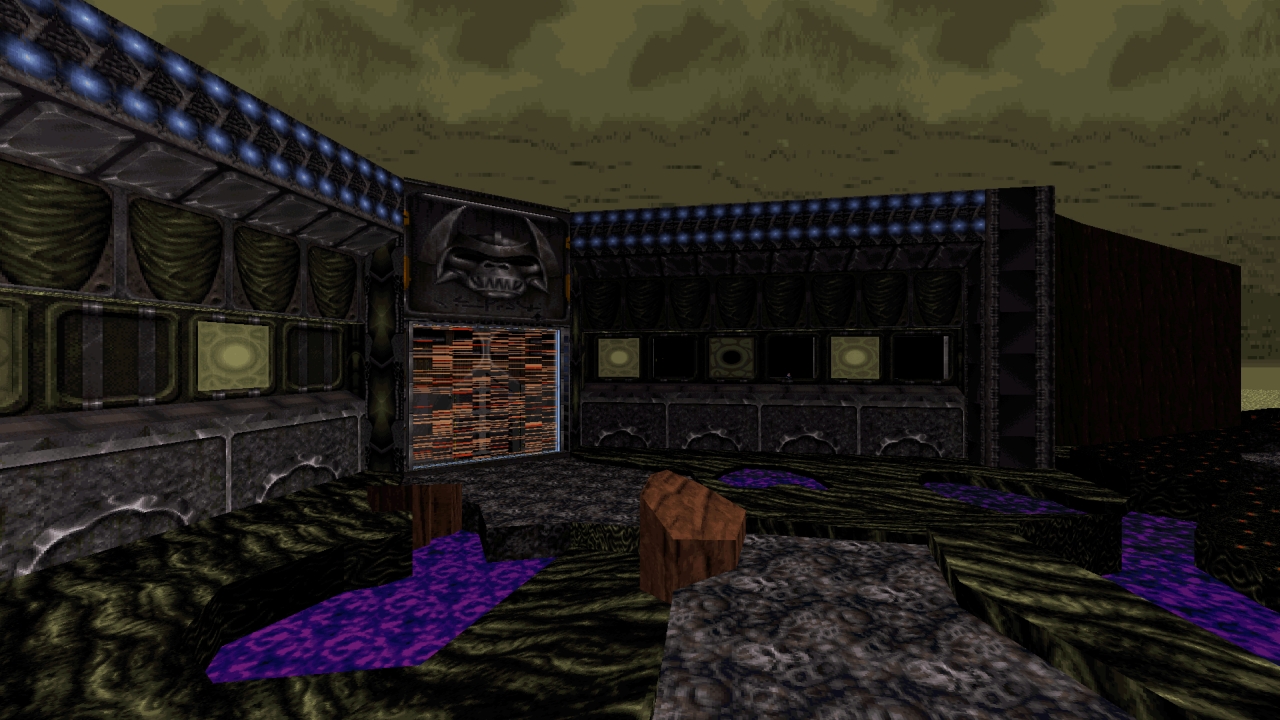 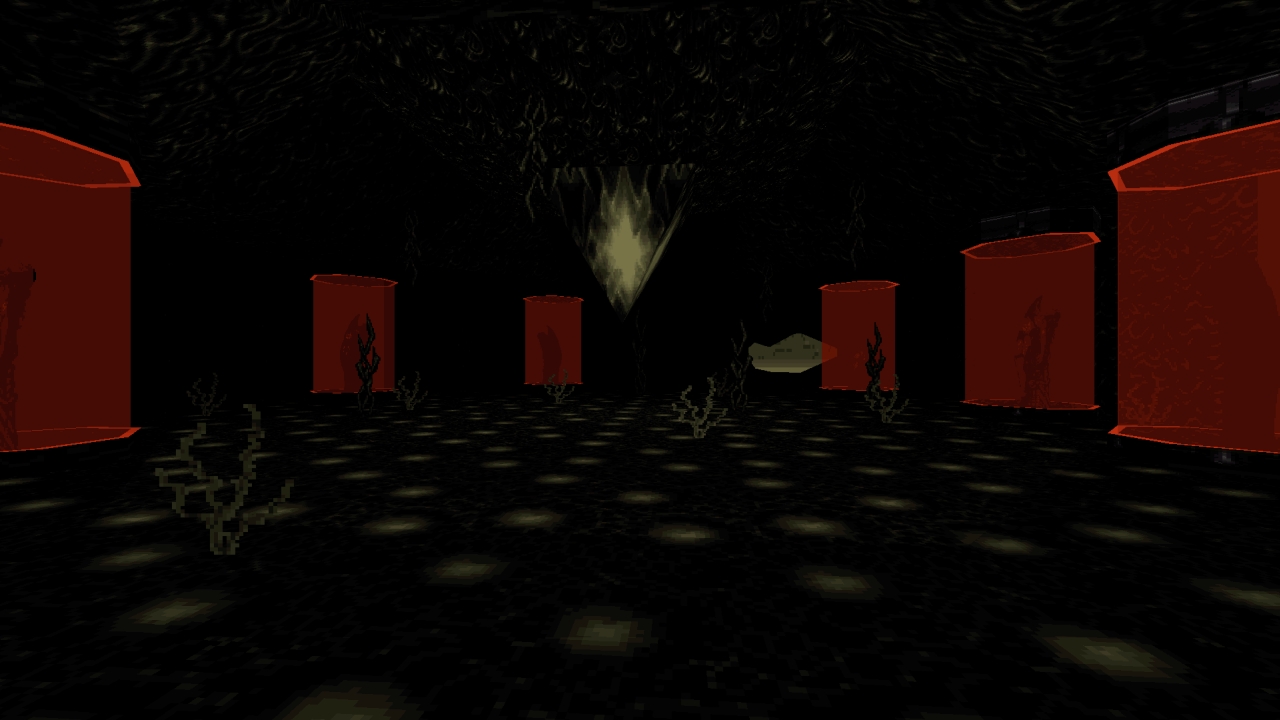 TUP is honestly an easy romp even on Come Get Some. I had no trouble taking on fights without my health dropping into worrisome territory. Large numbers and enemy variance are a common occurrence but they didn’t mean much while holding onto an excessive amount of firepower that’s littered everywhere. Ammo concerns never existed. There’s enough rockets to diminish groups and Battlelords posed no danger because they’re always alone. It would have been nice to see more terrifying enemy compositions by increasing the number of Battlelords at one time next to nastier ambushes to force players to keep on the move away from their comfortable hiding spots. Being such an open map there’s no issue with mobility so having mortars flung from various angles might have made these fights more engaging. Not to say the level isn’t enjoyable but admittedly can be dry missing out on those heavy punches. I was always itching for a sudden twist of the knife but the level never seemed to scratch it until the end. What surprises do exist though are few and far between, such as the Protozoid ambushes which came across as amusing. I did like the finale sequence, using several timed enemy triggers meaning if players were too slow defeating one wave of enemies the next may potentially cause problems. It created a nice dynamic lacking in other areas previously traversed.