Looks like the Earth Defense Force Headquarters have been overwhelmed and their base now taken over by the alien menace. Well, nothing too surprising really. Now Duke is on the scene ready to kick everyone’s arse. Let’s just hope the EDF have their insurance covered!

INSURANCE takes notable inspirations from the original 3DR maps and appears to replicate its simple aesthetics, crafting an experience very similar to those in the original game. I can say with confidence that Coldwood succeeds in achieving just that, only opting to approach a more refined and polished version of this style while ensuring the classic traits still remain intact. First to note is that a core theme is established early on taking place inside an EDF base centred within a city. Other design features then include bold room shapes, plenty of height variation and excellent lighting through strong shadow contrast. Texturing likewise is done well sticking to a specific scheme consistently and only departing from this in few locations to reduce on repetition. A few custom textures are included to help define certain aspects of its theme, a prominent choice are ceiling tiles used around the office block, dividers and some fitting file cabinets. I also loved the look of security gates, almost as if they come straight out of the original game. Although INSURANCE doesn’t have any outdoor locations to explore, it makes up for this with interior visual diversity and occasional window scenery beyond its playable boundaries. 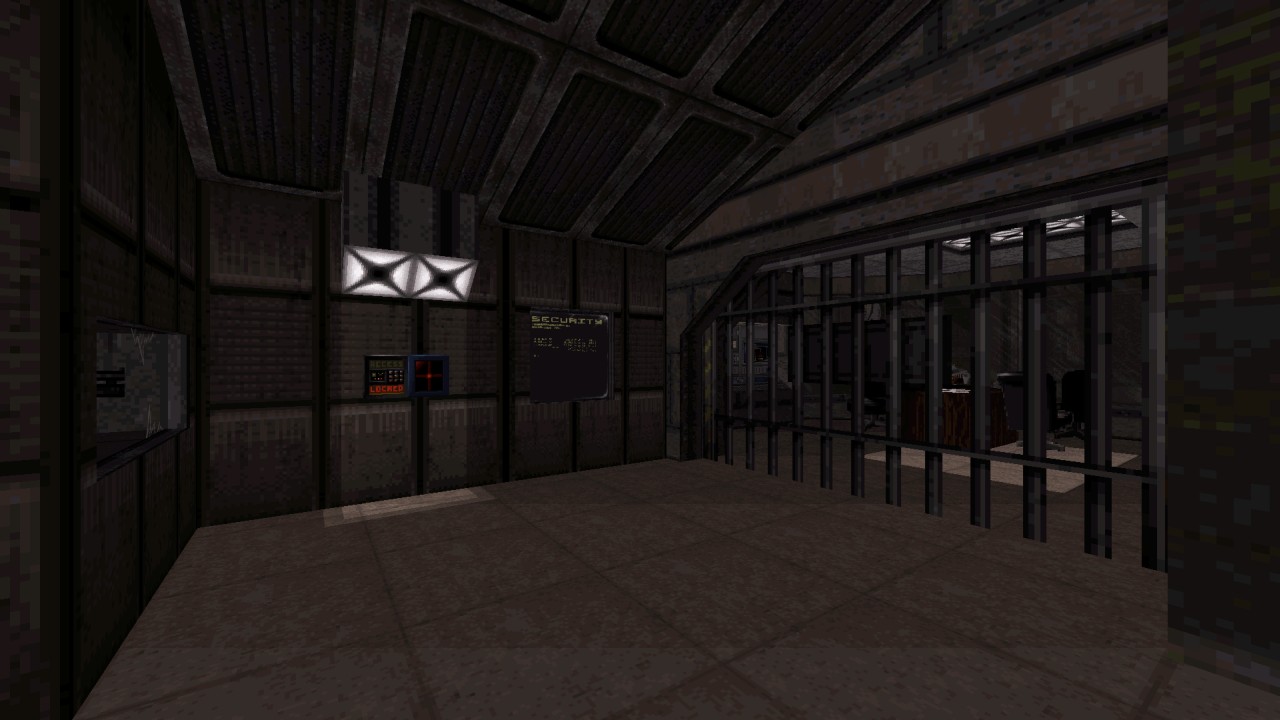 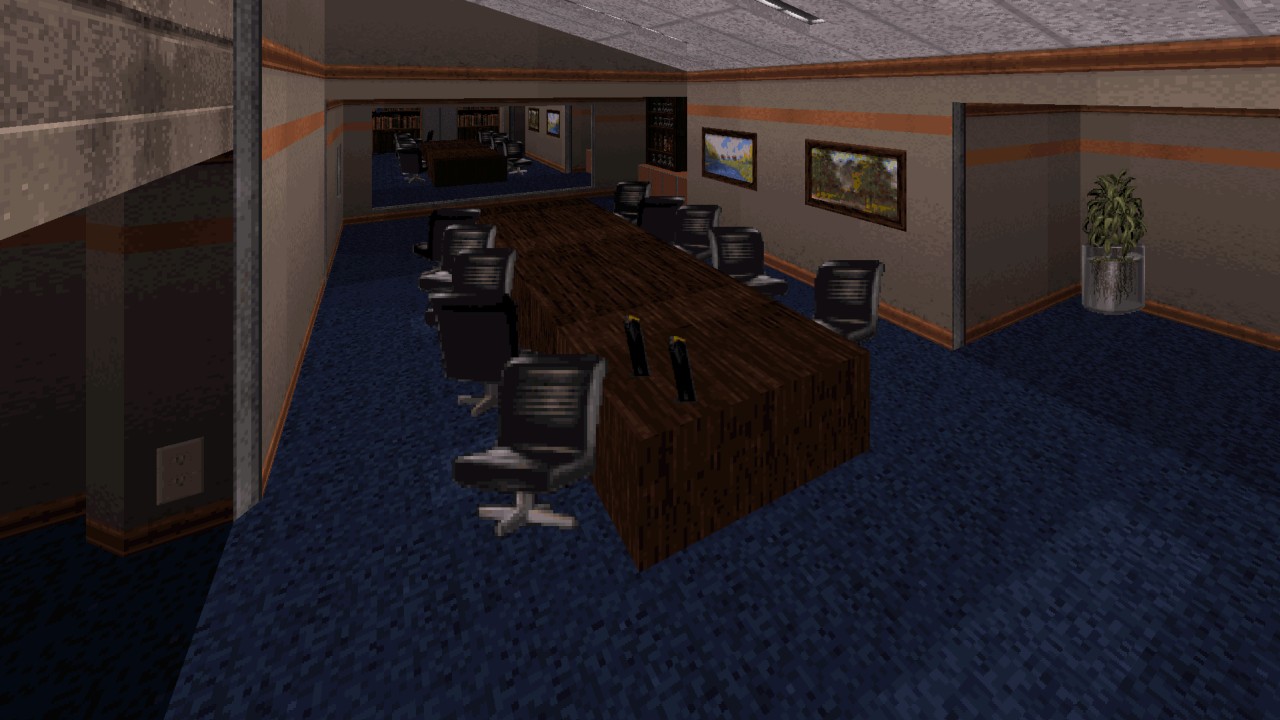 Combat is an engaging experience, keeping tight control on enemy counts and their placement to keep players on their toes. Pigcops love waiting in ambush while a few Troopers or an Enforcer attempt to distract players’ attention. Other times foes will notice players first and begin trotting closer hoping they’re unaware. Nothing here causes any real stress but does make each encounter fun to take down. Gameplay revolves around a simple keycard hunt each of which are clearly defined to their purpose in the level. The blue key will unlock all security gates blocking access to other areas and the red key opens an exit door. INSURANCE flows along smoothly offering players with a non-linear layout to explore, and backtracking is barely noticable once a wall is triggered to be destroyed providing a shortcut to previous areas, further opening up the level. Access to the red key is met with a small Battlelord fight but with a couple of nice extras. There’s a vent nearby players can hop into for extra rockets and change positions elsewhere in the server room. The pillars are also breakable in this room, where reckless fire with the RPG or enemy mortar shots will remove potential cover during the fight. Too bad the Battlelord is prone to getting himself caught in a corner downstairs when accessing the vent. 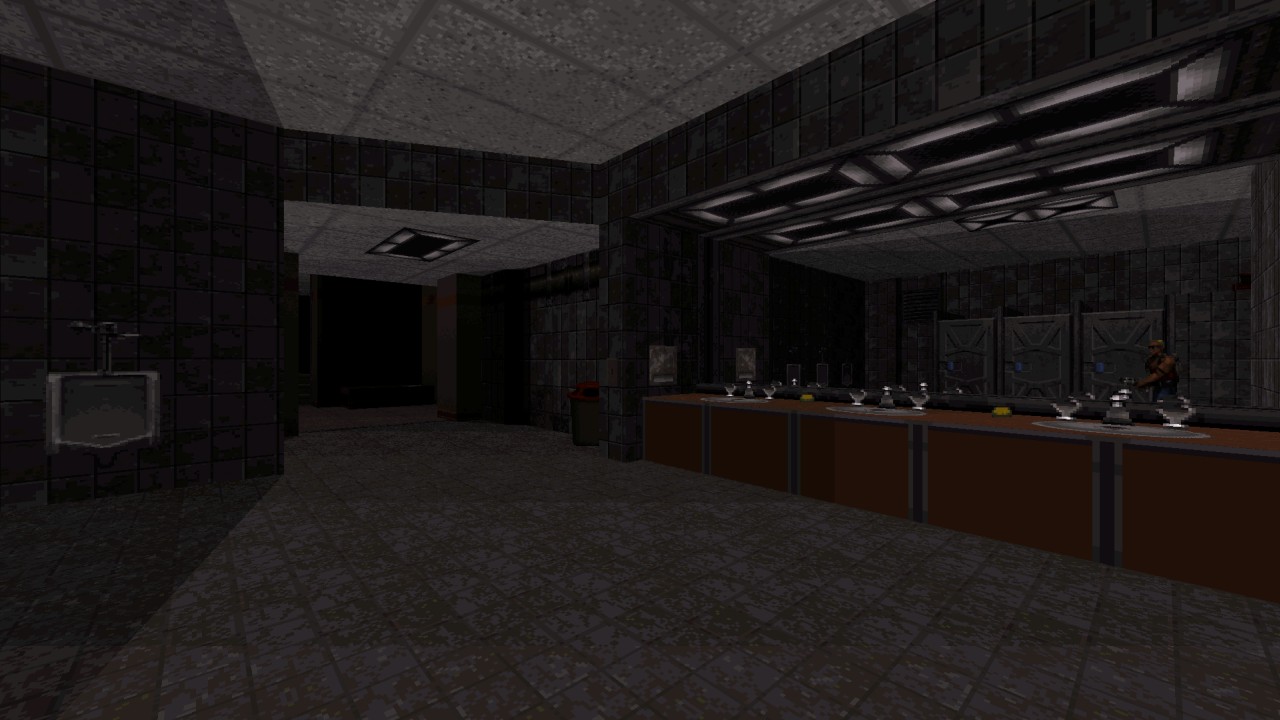 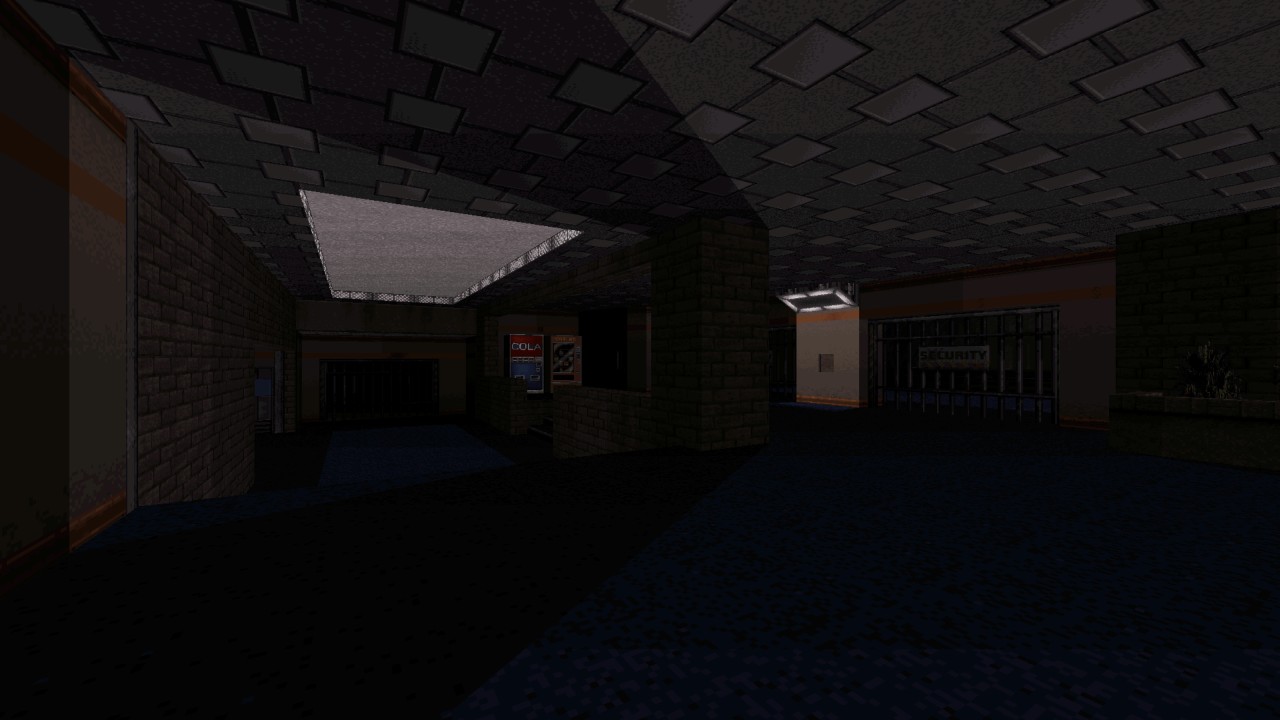 No doubt a solid entry which understands the foundations of a good 3DR inspired level, while tossing in his own style and keeping visuals polished. Absolutely loved roaming around and taking in the scenery, getting nostalgia from the earlier days playing Duke3D in my childhood. Even the good ‘ol fire extinguishers will bust up walls when they explode, a forgotten trait sometimes! Bonus points are also awarded for vanilla DOS compatibility and worked without major faults in DOSbox. If you’re looking for an excellent classic map with strong design and engaging gameplay, look no further.