After reclaiming a valuable painting stolen by demons crawling around the local industrial complex, our hero swiftly returned home to get a good nights rest. Not a moment too soon the entire town is under heavy attack. The hunt resumes.

MOHU2 is a direct continuation of events from where the previous level had left off, originally intended to be a single entity if not for certain limitations and therefore best played in succession to conclude the journey from this point on. Having already slaughtered an entire industrial complex worth of monsters, chaos found itself a new target to harass and already began an aggressive assault on a nearby settlement. Choice of theme this time focuses on a suburban setting we had a little sneak peak from at the end of MOHU1. Our hero receives a wake up call to a strong demonic presence knocking at his door, tearing up the streets and ransacking his home. Players’ will soon traverse these ruins of an old town to stop the invasion, while witnessing several key areas are gradually being influenced by abstracts of Hell slipping into reality. It appears they didn’t appreciate having a precious painting being confiscated from their grasp! 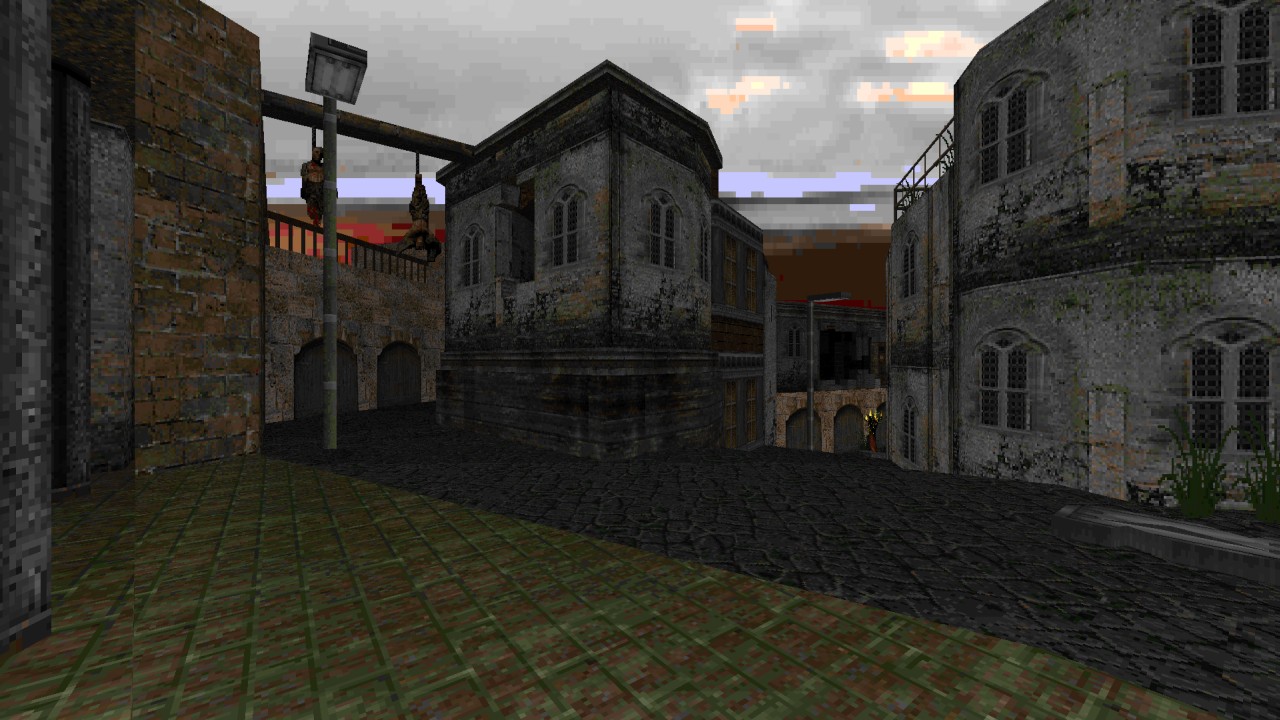 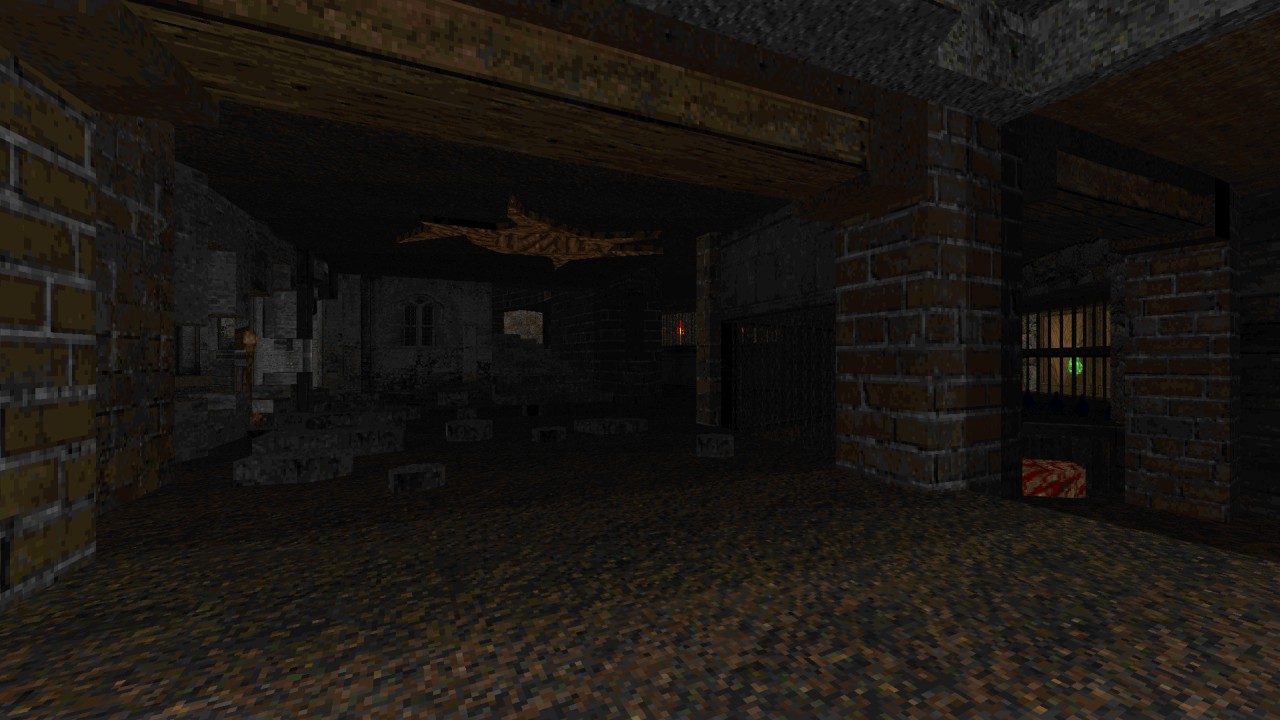 Despite being a sequel the gameplay has opted for a change in style, going for scenarios similar to those encountered at the end of the previous level albeit on a much smaller scale. Combat encounters are tighter and doesn’t rely on heavy numbers. Fights are manipulated so players don’t get comfortable too soon, not so much by increasing the difficulty but simply because of careful choices as to which enemies are used and where they’re positioned to create these fierce situations in confined areas. There were a few occasions I was caught off guard when suddenly coming across an Archvile or Mancubi while dealing with other minor threats. This happens quite often considering Didy decided not to withhold any late game punch to keep us guessing what might be around the next corner. Weapon distribution on top of this is also very strict, not providing any of the powerful arms for a good chunk of time unless players actually go out of their way to discover secrets. The Plasma Rifle for example can be obtained incredibly early from revisiting an optional section. What does get provided without any hassle is a Shotgun, Chaingun and enough supplies which can potentially stretch thin for reckless behaviour. 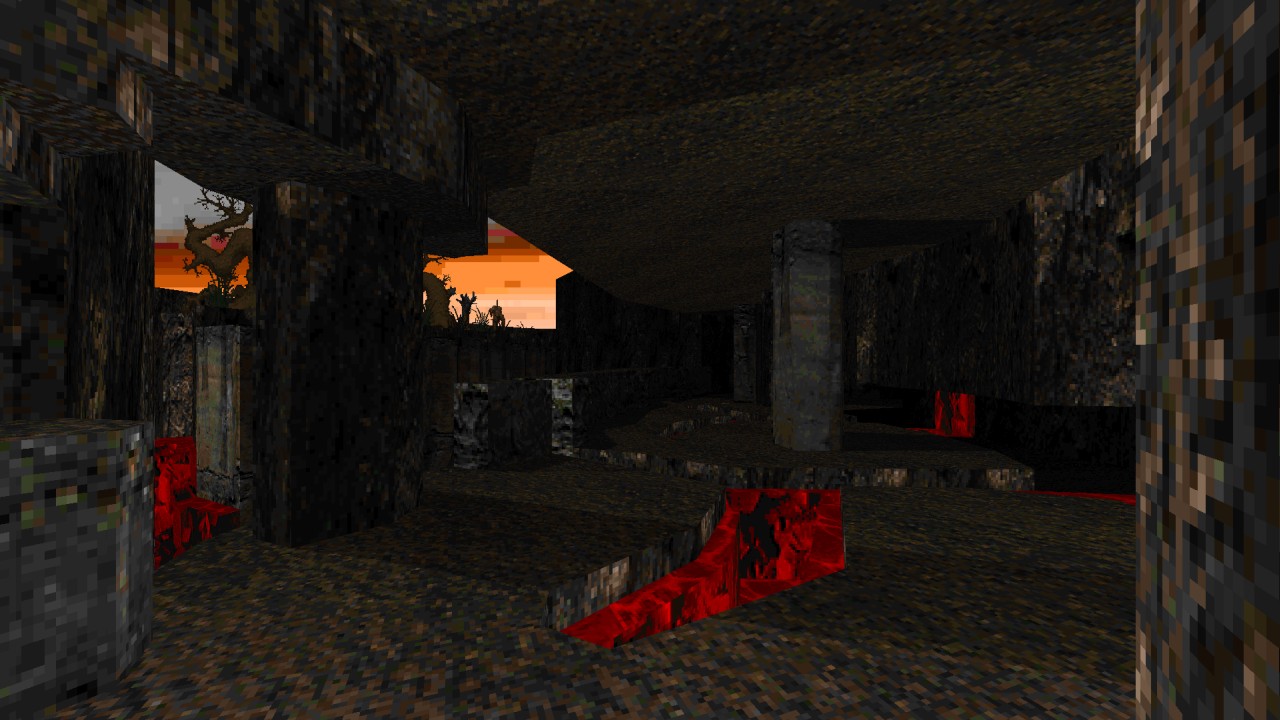 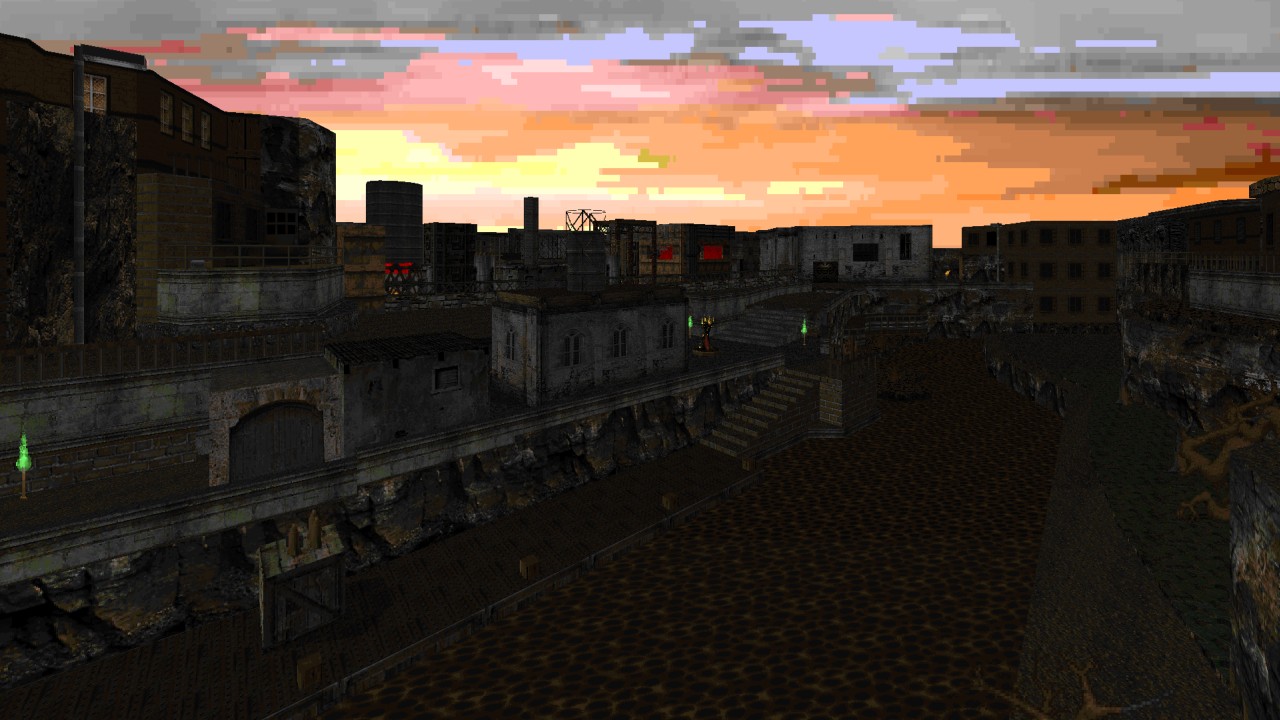 MOHU2 continues to retain high quality aesthetics and a good eye for detail, showcasing an incredible vista from the beginning overlooking the other side of town from your home balcony, accompanied with a gorgeous sunrise only enhancing the scenery. What then makes me appreciate this view more is that it later becomes accessible and not limited to eye candy. Design relies on custom textures to help create old European styles of architecture, going for simple yet bold building shapes and its streets never remaining flat. Suitable decoration like street lamps help solidify the theme along with a sense of destruction, broken walls and busted ceilings. Layouts have become simpler in nature which I found a little disappointing. While each area offers a sensible degree of openness to gain an edge over opponents, they no longer have those twisted self contained playgrounds which made its industrial brother feel unique by allowing a more dynamic flow during combat. There is however one building holding the blue key which provided interesting gameplay for its limited space by taking advantage of two lifts, differing height and a handful of threatening monster spawns.

MOHU2 can be summarised as a good continuation in a new suburban location, retaining a great visual quality and presenting tighter combat encounters. However I must also admit some level of disappointment regarding strengths the previous entry provided well in terms of ambience and its dynamic, refreshing room layouts. Regardless, I still consider this wad an engaging playthrough and do hope to see more future releases from Didy.