Hail to the King, baby! In this classic total conversion based off the third Evil Dead, you take the role of Ash to unleash pain upon hordes of undead in familiar locations across nine levels.

We start off the adventure just outside the old cabin fans of Evil Dead should easily recognise, recreated in its most basic form, complete with basement and surrounding forest. This level serves as a prologue before jumping through a portal to the main event. MAP02: Arthur’s Castle, provides an ideal example what to expect from gameplay. AODD is full to the brim with action and a common aspect between levels is high monster counts, but the way this is approached causes a slow pace and potentially becomes a tiresome experience. It is a shame this WAD was limited to be accessible for both Doom games, because none of the bestiary from Doom 2 are used here. This results in too many of the same enemies being thrown about and lacking some needed variety considering how much fighting is intended. Providing a proper SSG might have also been a nice way to gun down those hordes faster. There are little breaks to be had when entering new areas and bigger rooms simply mean an increased variety of tougher forces. Even during periods of supply gathering will be rendered pointless. For example, roughly three Centaurs will hide inside small rooms on the side which hold a bit of ammo or health. Avoiding these fights altogether will save ammo, and time, in the long run unless aiming for 100% completion. Smaller levels do exist for a short rest such as in MAP04 and MAP05, but without a proper break before continuing onwards, players might suffer from burnout. 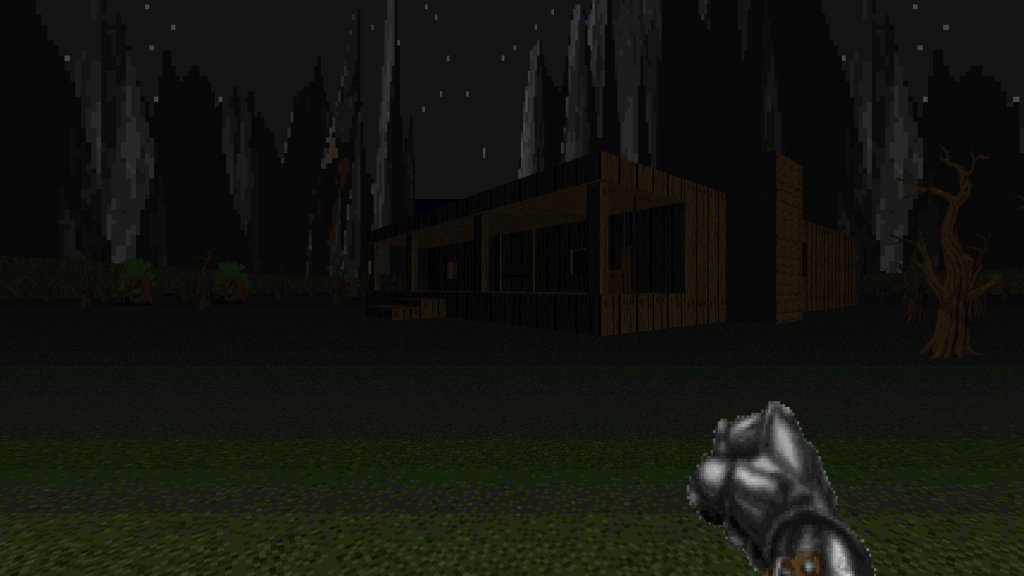 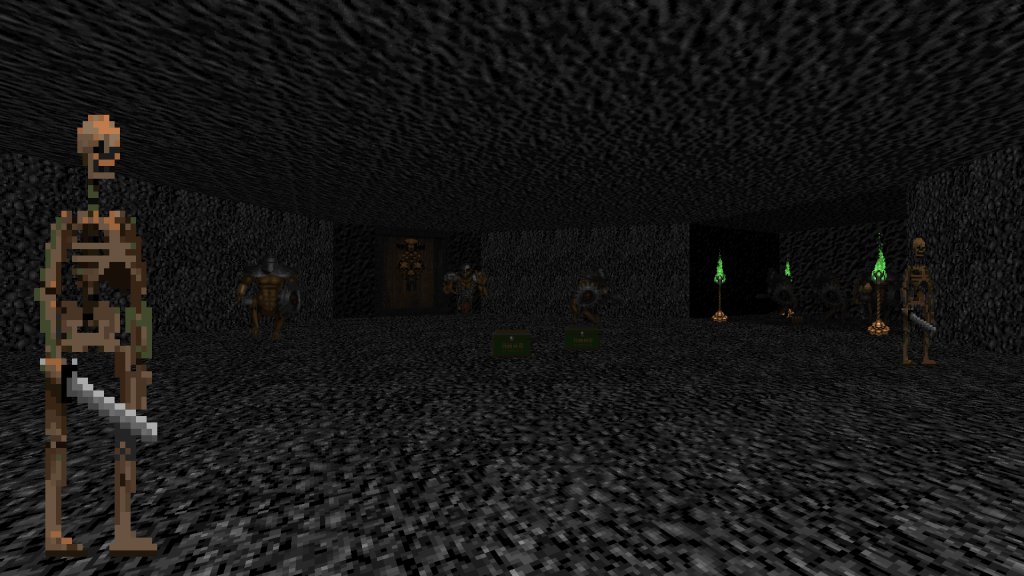 AODD being a total conversion includes many new graphics and audio to replace those from Doom and turn it into something that follows the concepts and themes of the third Evil Dead film much more closely, creating an immersion that we are playing the role of Ash himself. Many of these changes are a mixed bag of sorts where parts don’t work too well. Dialogue ripped from the very movie are a notable feature of this WAD, hearing our main character spouting one liners upon doing certain actions like grabbing a weapon or splattering an enemy into mush. Problem is that these do become repetitive and lose their charm quickly, with an example of this being a simple line like “Groovy” being played for every item picked up. Music on the other hand has been chosen well to set an eerie mood for each level. Enemy graphics are mostly ripped out from Hexen but the Skeletons and Bad Ash stand out as original. While these aren’t as clean and consistent compared to other sprites, they do their job to fit the roles presented in the main story. Enemy replacements are otherwise suitable choices, with Deadites taking over Cacodemons and axe wielding Skeletons as Barons. 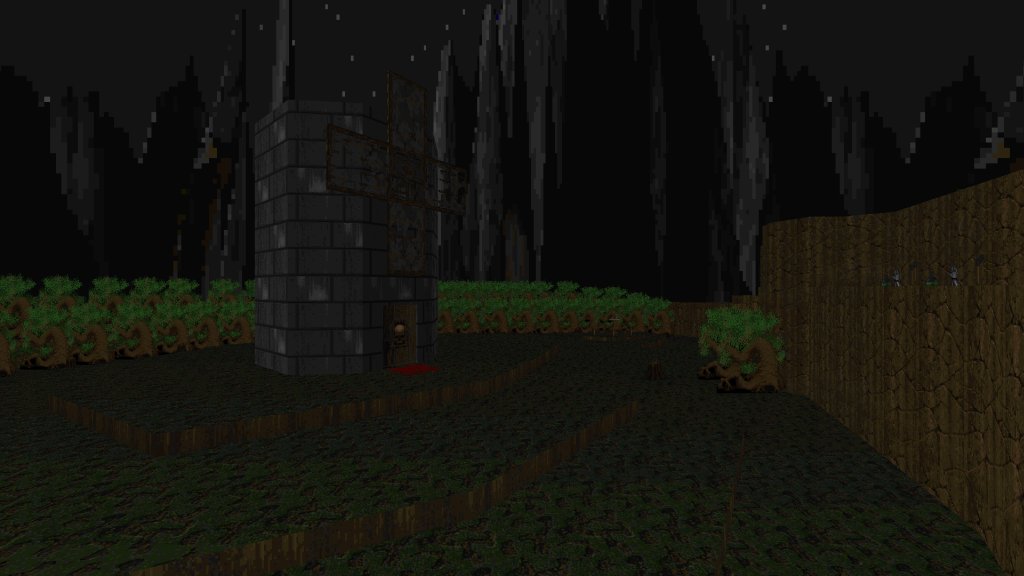 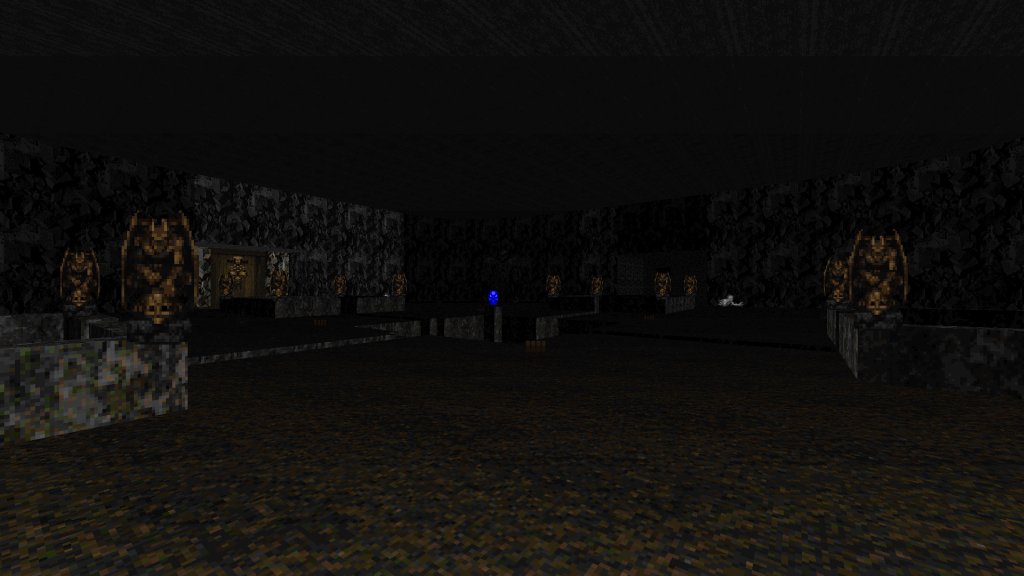 Two levels out of the nine available really stood out for me. MAP03: THE PIT has a weak start where players must navigate a maze made of muddy corridors. It is not until reaching the central hub does the level begin to shine more positively. Four blood fountains need to be arisen to pour enough liquid into a pit between the blue key and there are four different challenges that must be completed. Each direction offers a scenario of its own to ensure some varied gameplay; The east side is combat orientated, done with an enjoyable pace and a thrilling elevator battle; The north side is puzzle orientated using a teleporter maze with the only clue being a map provided on the wall. MAP07: LET’S GO is another good one set inside a dark and moody underground cavern where the action simply feels more balanced with a steadier flow when compared to earlier levels. AODD does end on a poor note to be honest with MAP08: S-MART, taking place at Ash’s workplace in his own time. This one is a bit of a drag, the focal areas being four storage quadrants that has repetitive and boring combat. Most of the enemy encounters are groups of Centaurs hanging on the upper ledges while switches in each block needs activated to give access to the blue key. Not particularly exciting either and a weak way to end the experience. 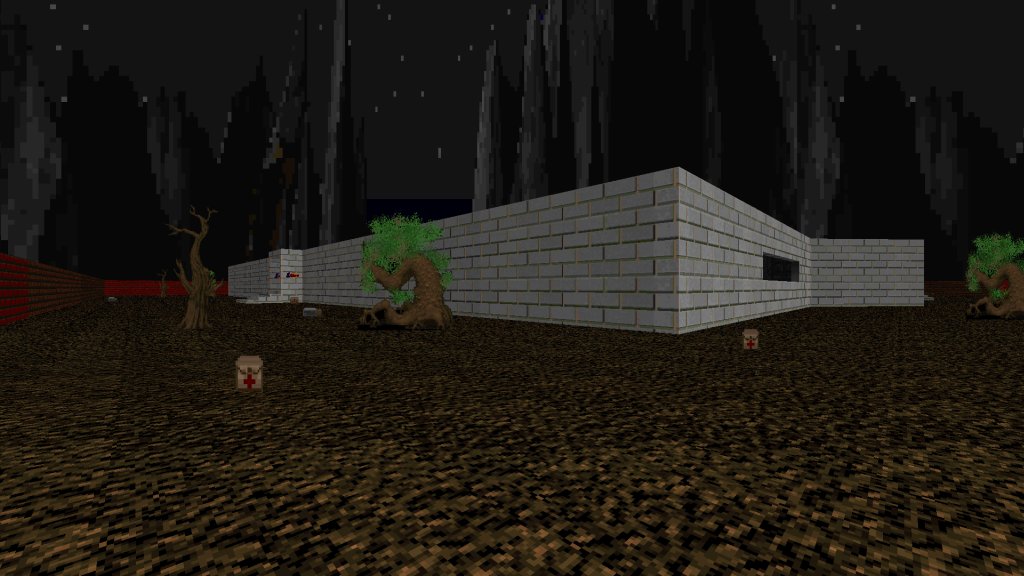 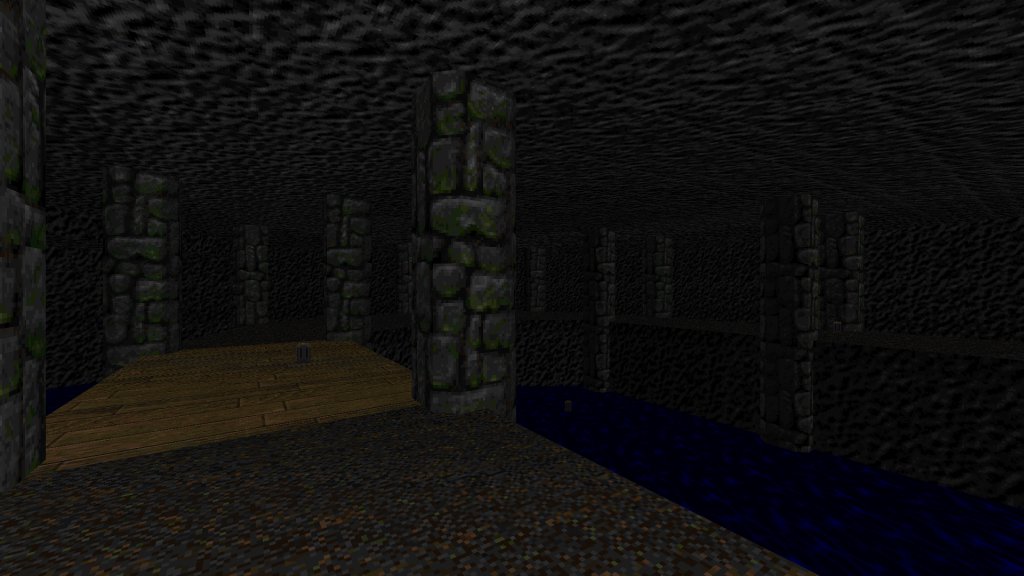 AODD is a classic and enjoyable conversion that is very combat orientated, but does suffer from some pacing issues that may cause the experience to become a tiresome affair. Few maps stand out while others feel sluggish to get through, but the WAD does a good job at basing itself off from the third Evil Dead flick.