ESBN6 feels like a good old classic Duke experience and simple one at that, focusing on key card hunting and fighting against enemies in heavily guarded rooms. But there is a problem. Duke seems to have misplaced his weapons and goes on his adventure empty handed.

Starts off on a rough note with no weapons on hand and a bunch of Troopers and Pigcops waiting just outside. Finding a weapon and dealing with the large group will be a primary task before heading into the building titled after the map. Unfortunately players might instead find themselves wandering off further into the map before having found something to defend with and could become frustrated early in, considering its placement isn’t entirely obvious. The setting appears to be some kind of educational environment, perhaps a school or college. Design is fairly strong by going for simplism in geometry with only hints of structural details as not to over do things, while shadow and lighting help to bring out some depth. Nothing really in particular stands out though even if the visuals are pleasing enough to the eye, with areas looking natural and decorated with suitable furnishings without impeding player movement. Only sometimes can the texturing be a little rough around the edges with misalignment hiccups, but nothing major. 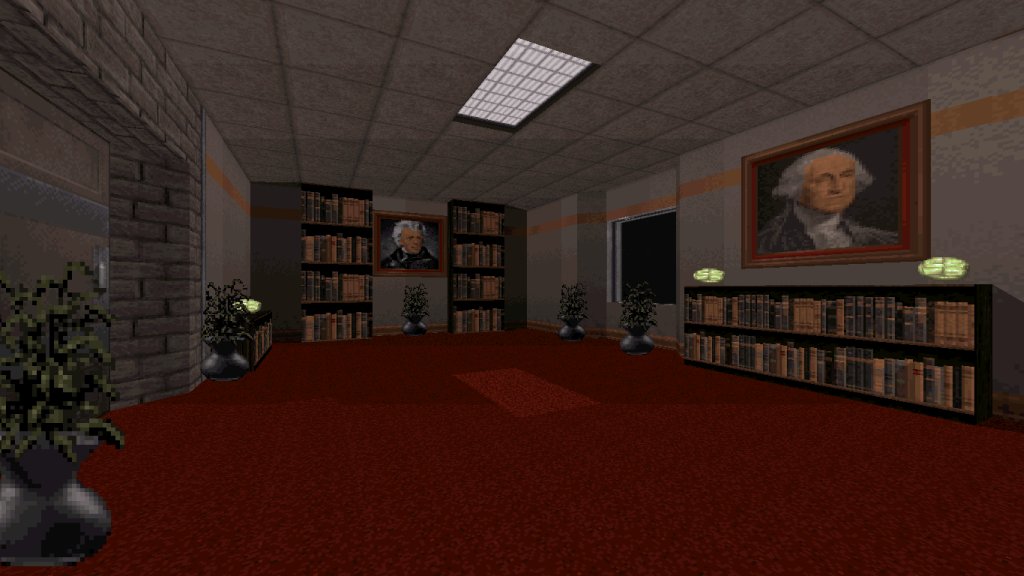 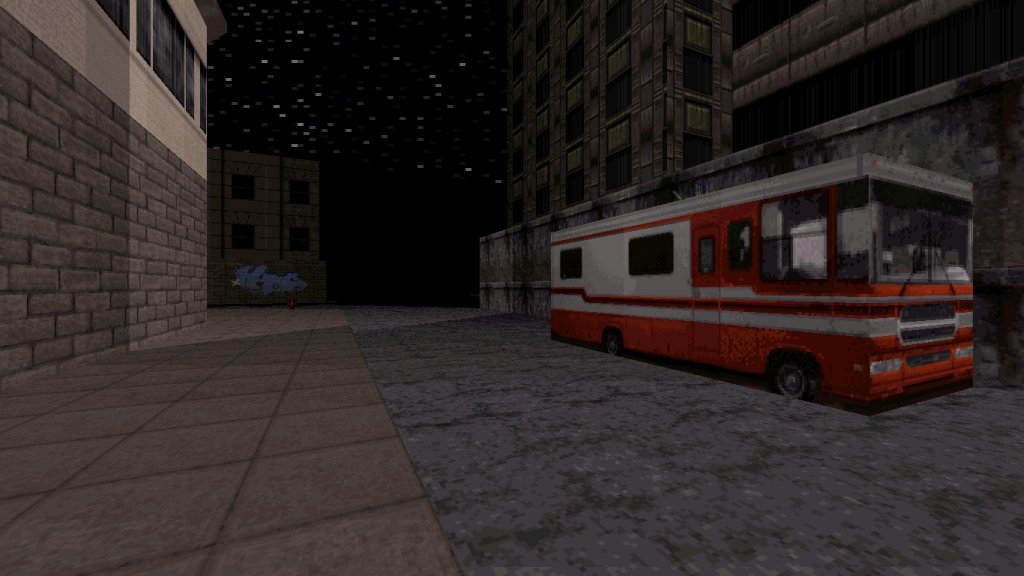 For a good while the pistol will be used primarily and left to make do with this basic firearm until a better one is found, unless luck would have it that enemies decide to drop a shotgun or ripper. There is access to an RPG, but in some cases the ammo would likely be saved for more possible bigger threats later by most. Despite having to rely on the pistol, there is a good chunk of ammo for it scattered about and easy to find. Besides, I considered it a refreshing way to play the early sections of ESBN6 and makes for a change from being provided a strong firepower off the bat. Rooms are often well guarded by a bunch of foes, often times making combat lean toward the busy side when fighting them with a pistol. Majority of enemy types are made up of Troopers and Pigcops, with Lizmen and Octabrains occasionally being amongst them. Action is as straightforward as clearing out rooms and moving on to the next area, but grabbing hold of a shrinker helped to ensure things became more interesting where enemies couldn’t even stand a chance. As such there’s little real challenge here compared to the beginning section, but it is still an enjoyable level to blast through. 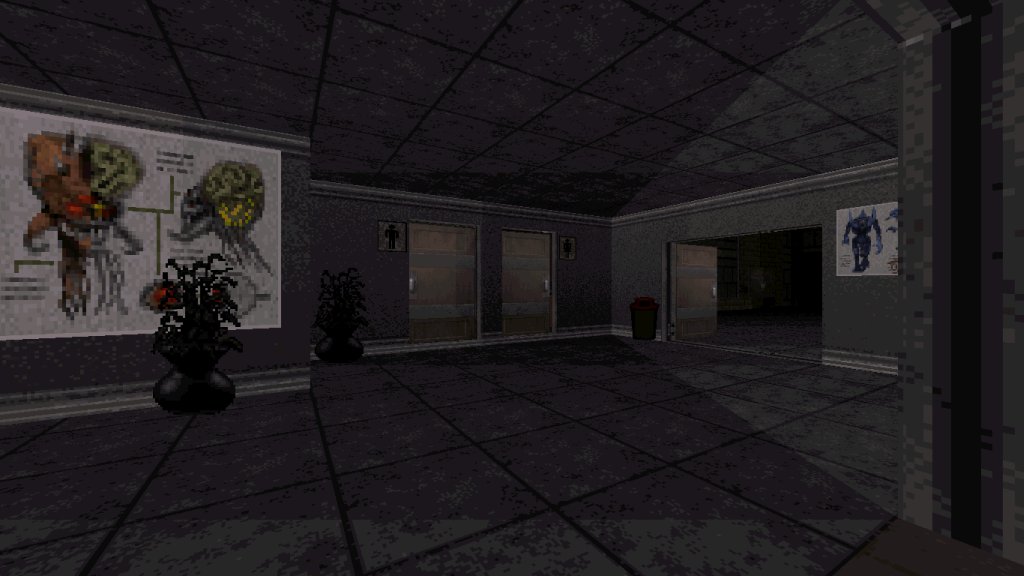 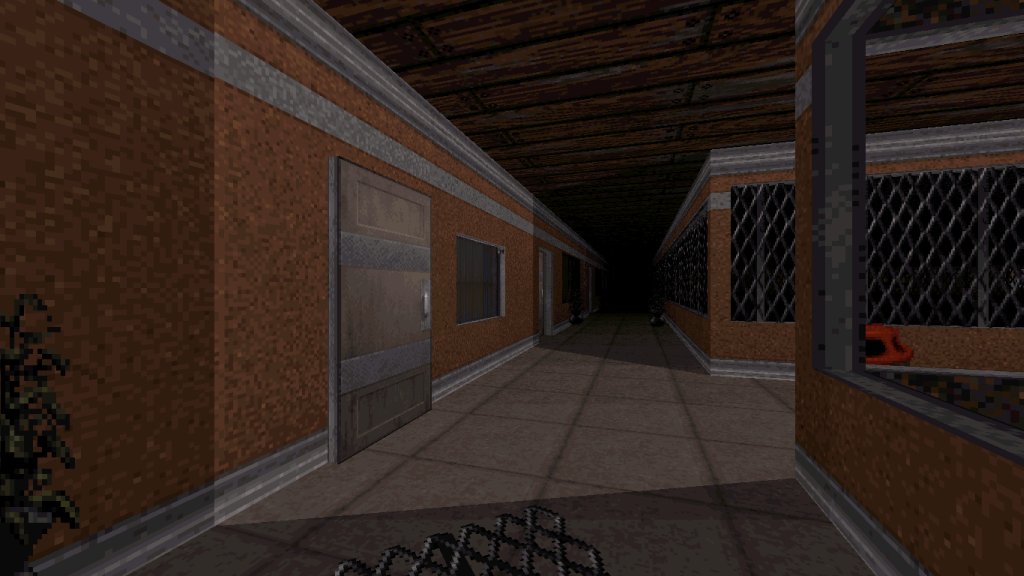 Typical key card hunting will make up the other side of gameplay, with repeated placement of previously found keys to further extend level progression. Though I must admit this does mostly degenerate into simple padding, lacking a sense of flow by finding a new key not long after using one. Switches could have sufficed instead in places or there could have been less locked doors as a whole to cut back on slowing down its pacing. Part way into the level is an underwater segment I couldn’t quite enjoy, more so because I kept having to return for air and losing health each time I took too long finding my way around below. The layout is a slightly maze like and the entrance into each segment is small, forcing players to take a couple of seconds to align themselves to squeeze through. Scuba gear is found down here, but was a pain to get to. Having a single air pocket down here would have been plentiful.

While a majority of keycard hunting feel like needless padding toward progression, ESBN6 is no doubt an enjoyable level with straightforward gameplay, beginning on an interesting and refreshing note.