After barely surviving a swarm of asteriods, two astronauts and their ship are sucked through a black hole and find themselves warped to an alien planet. Here they discover telepathic humans are being terrorised by giant insects and held captive underground. They now seek your help and provide a shotgun just before a large spider breaks inside to attack.

GALAXIA is an old wad known for being one of the few Doom releases around the time to actually bother trying to piece together an engaging story to be accompanied with its level. Based off and inspired by a Czech comic book, Hodek provides a long story text file to set the scene and does his best to emulate aspects mentioned inside using mostly stock Doom content and a few new textures. We start off on an unusual tone, shotgun in hand and not too far awaits a nasty Spider Mastermind dropping in from the ceiling. Rather than fighting back, which wouldn’t even be possible at this point anyway due to ammo constraints, the intention is for players to weave behind crates to find and pull a switch unlocking a path forward. 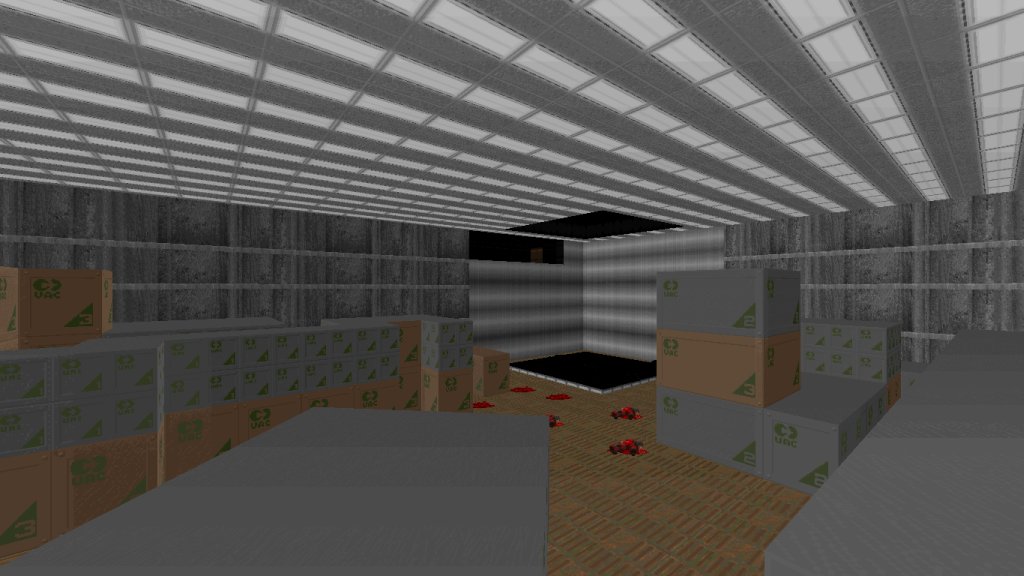 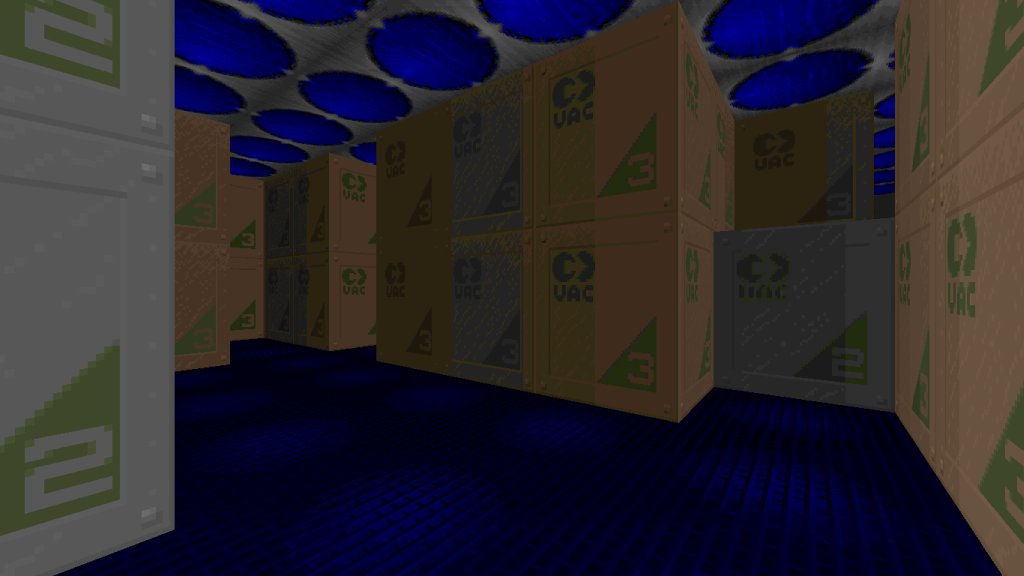 Through a combination of audio and visuals, a tense atmosphere is created and lingers through the experience. Enemy sounds have been replaced to make their source vague and this actually works quite effectively inside some of those smaller, dark areas or places with blinking lights. Design follows a sense of logic behind its choices and layout. A cave tunnel system works as the central hub, leading off into various areas and access to key locked doors. Two storage rooms make up early moments of exploration and here I liked how corridors were formed from gaps within stacked crates, including a stairway which eventually has players near the ceiling lights, going from a spacious room to somewhere claustrophobic in a short distance. Other locations also include a prison holding captives in cells, a small control tower overlooking a railway line that is accessed later, complete with a circular turn table for the tracks and even some stinking sewers. 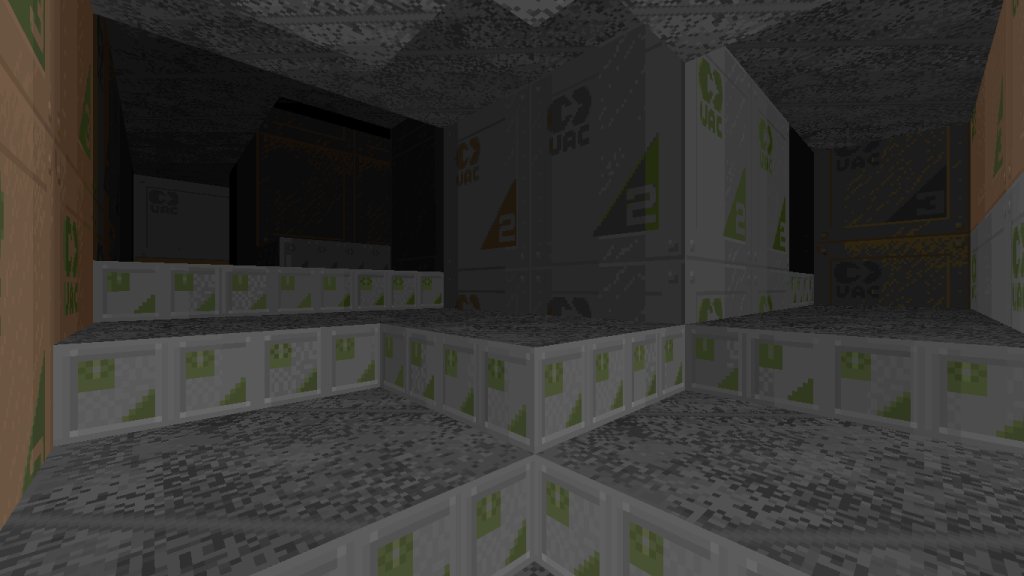 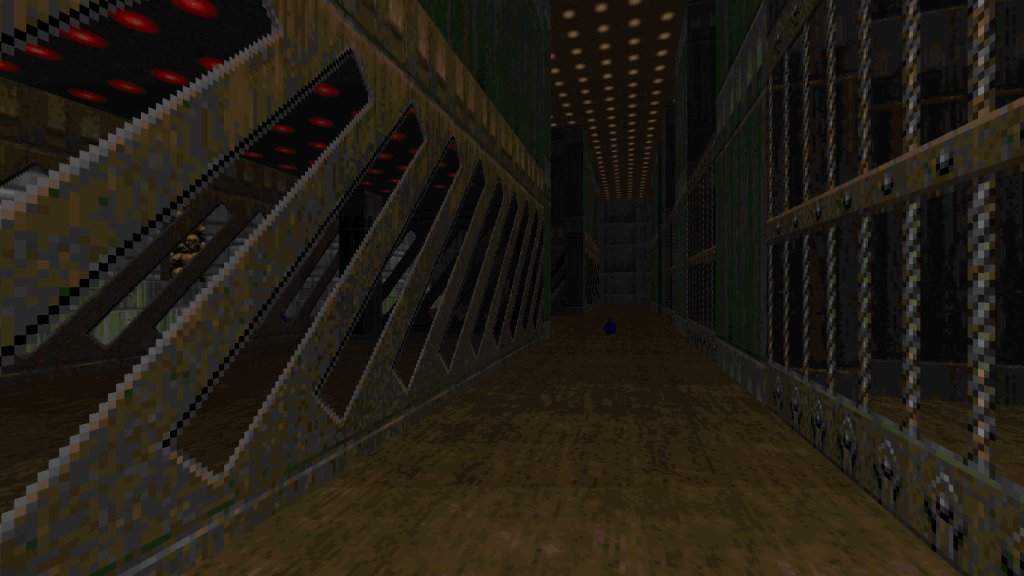 There were moments which provides a sense of scripted events playing out, one such memorable scenario being the long hallway with a series of cages where lights will turn on while running through the area. Combat can be tense around certain spots and not only because of the atmosphere. Several attempts are made to flank and catch players off guard upon certain actions being performed. Other times its a simple affair with little hassle to get through. This just depends on which area the action is taking place, with storage blocks leaning toward close quarter fire fights and the railway line having a series of foes spawning from inside a large space. A great number of Spider Masterminds also make up the monster count, which are there for story purposes only and not exactly intended to be taken out. It would be more ideal to save ammunition for the usual thugs instead and leave them alone. Besides, they don’t plan on going anywhere. In truth, GALAXIA is an immersive level as a result of each component coming together, where even simple additions like those scrolling warning messages or the music choice can evoke an adventurous tone. 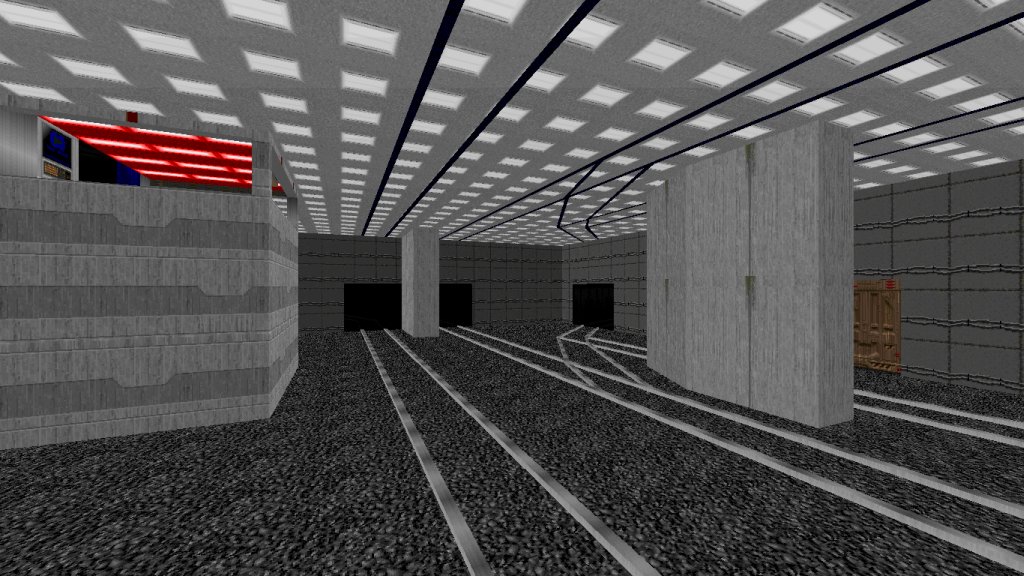 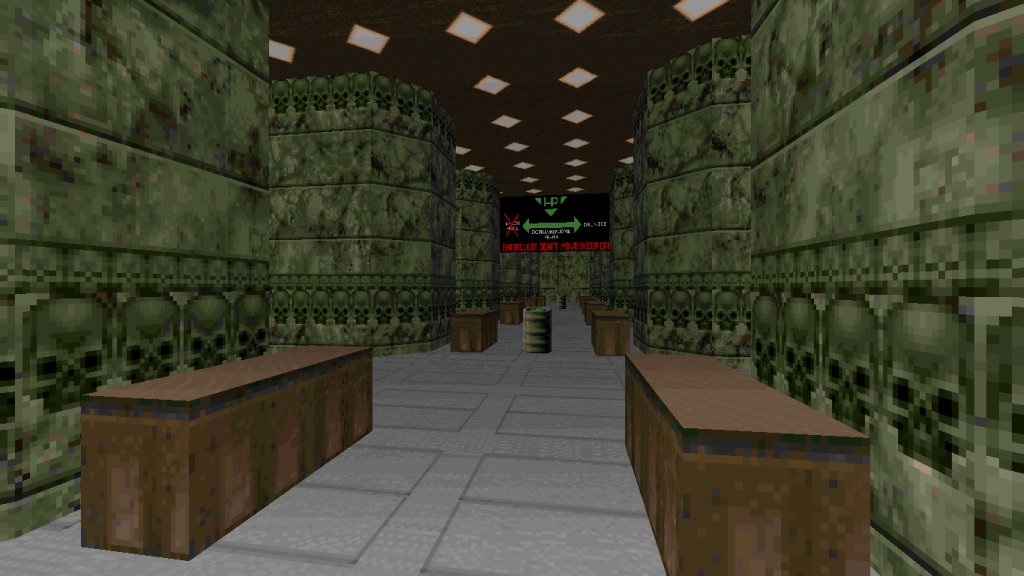 Upon reaching the later stages, players will find their way to the probe and be ready to move onto the second map, E1M9. It may seem an odd slot to place the next obvious step forward, however Hodek wishes for players to begin afresh without any previously acquired weaponry and should warp here after completing E1M1. Gameplay during this one is vastly different, focusing on using the provided berserker pack against a swarm mostly consisting of Zombiemen, Imps and Spectres. Relying on any firearms picked up during this romp would actually be hazardous and attempting to do so won’t be easy when Spectres get crammed into the awfully tight corridors, leaving little room for error and possibly being caught in a pincer due to an unexpected spawn. While a short map finale, I personally consider it the weaker ending and could have been omitted.

GALAXIA is a strong classic from ’94 and has become an instant favourite of mine. The setting is immersive, atmospheric and combat is both tense and fun. If you haven’t already done so, give this wad a spin one day.