The Mine of Malan Vael

Vael is a five level dungeon set primarily inside a mine setting during its entire run, making use of a new wallset to complete that overall authentic look. Across each floor is a fair balance of both combat and puzzle solving, never leaning too much toward one or the other.

The mine theme has been approached well, each floor follows a specific style and purpose according to its location. Level 1 contains the barracks, a place for workers to sleep, relax and feast before heading back to work, decorated with suitable furnishings like beds, chairs and tables. Level 2 is home to many deep chasms to the floor below where most of the mining operations appear to take place. The floor beyond that turns up the heat. The new wallset is really nice and fits like a glove right next to other assets from Grimrock, while also being varied well enough to avoid repetition as visuals are often broken up by using a vast choice of decorative objects such as mine carts, rails and several cave set pieces. As for hidden switches, they remain subtle yet are still distinctive to tell apart from the regular cave walls in a similar manner to the temple wallset from the original game. 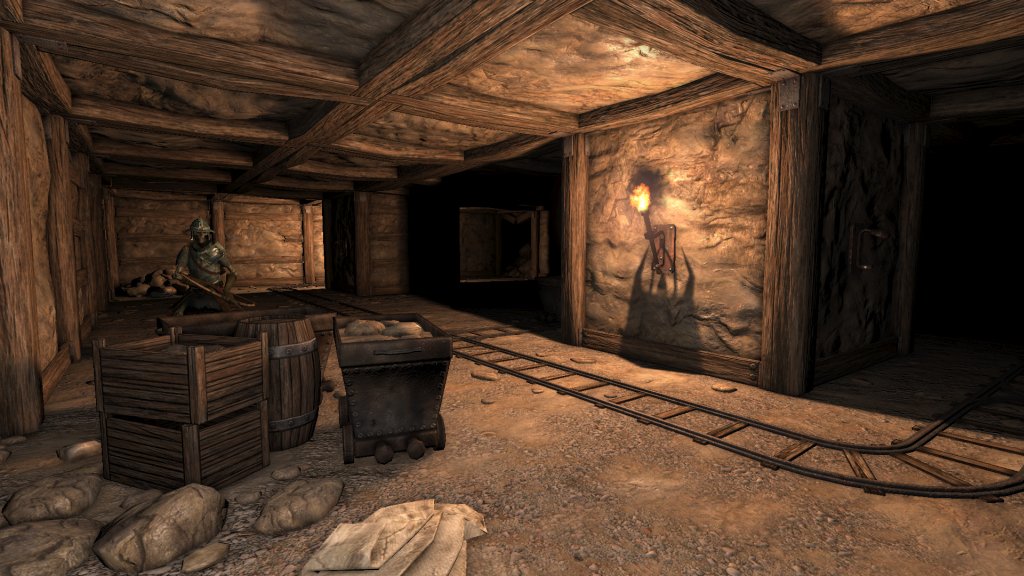 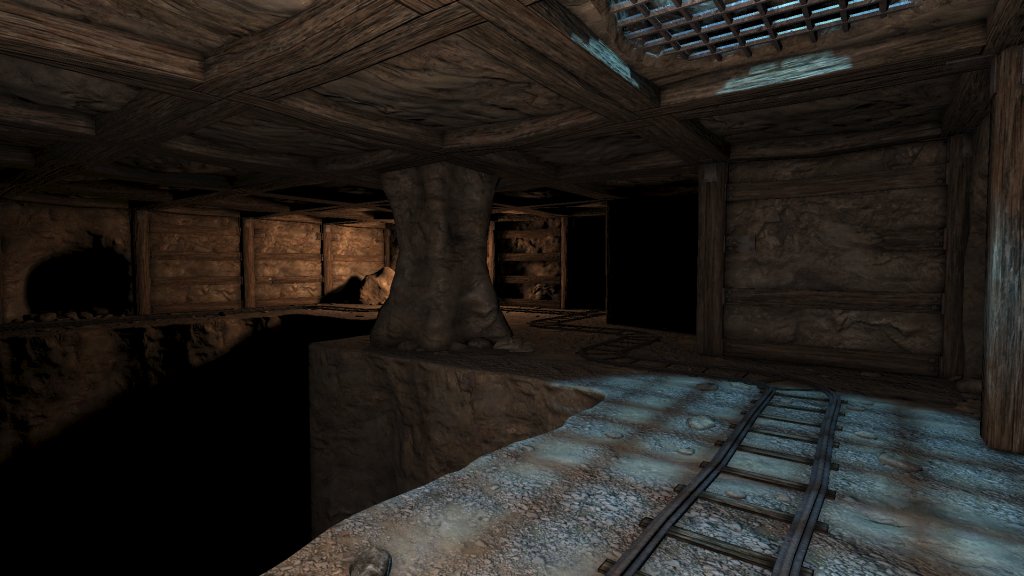 Combat leaps ahead the weaker foes to include Skeleton Warriors and Archers early on to do battle against and begins on a tough note, especially when keeping in mind the tight nature of these mines, meaning it can be easy to be cornered and surrounded if not careful. Vael forces players to be careful when entering new areas which tend to use flanks and ambushes to throw them of their pace. Responding to such encounters quickly will be vital for survival and does a great job at creating suspense without feeling cheap about it. Despite its rough beginning, gear is spread out nicely to give a fighting chance with full sets of light and heavy armours and weapon choices of all types. Food and herbs on the other hand are no longer supplied in abundance with just enough resources to get by, except flasks are plentiful. Had found myself only eating when I absolutely needed to and used potions sparingly to avoid waste, but considered it to be balanced out well for the dungeon’s overall length. 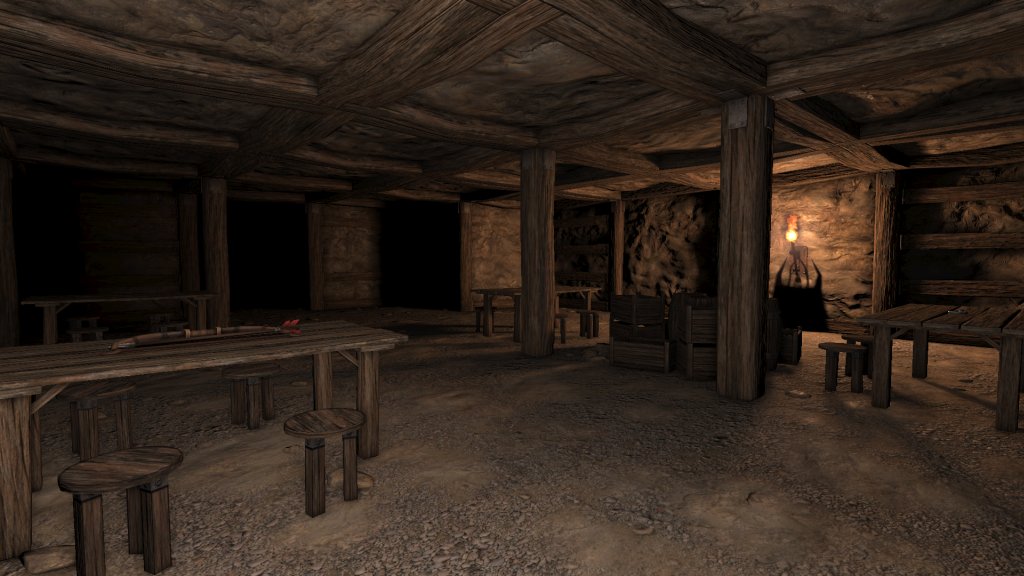 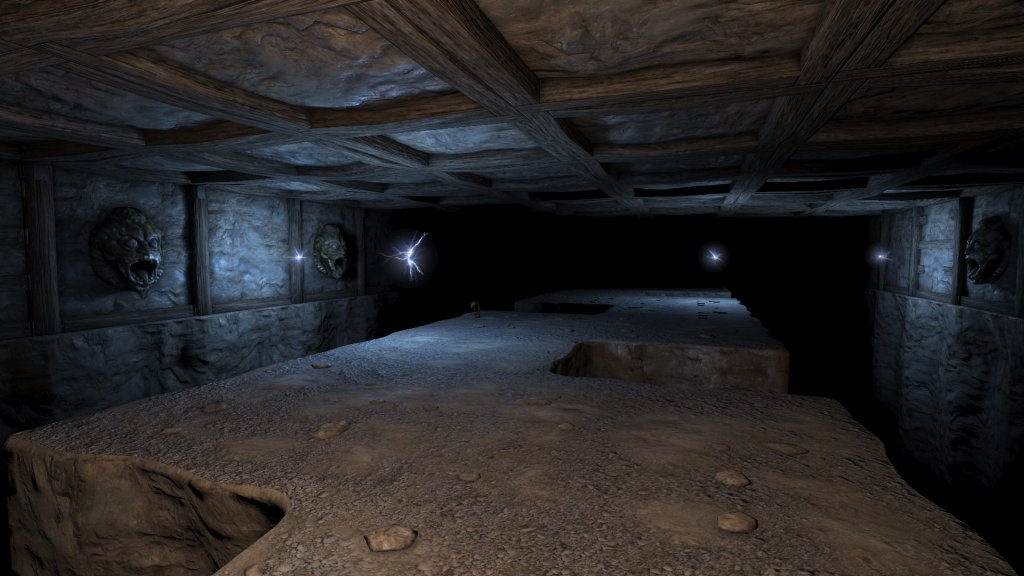 This is why locating secret places will definitely be useful, rewarding players not only with any loot found within them, but also granting an XP bonus upon their discovery and the fact that many of these will contain a Book of Infinite Wisdom and other similar tomes, which only further encouraged me to keep a watchful eye out for any hidden buttons and other possible triggers. The skill points earned here will help considerably to turn the tides of battle and works effectively to create a party from scratch without the worry about feeling underpowered. However Phitt doesn’t just stick to the regular rules when I notice it was worthwhile to destroy any breakable crate decoratives and check for anything hidden within the same tile. Sneaky, but does add more to exploration. 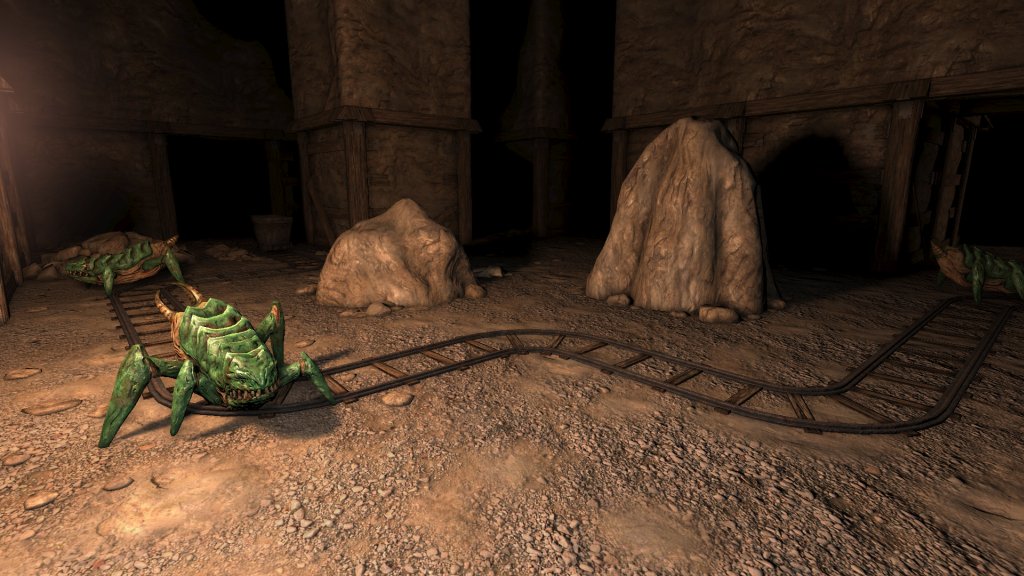 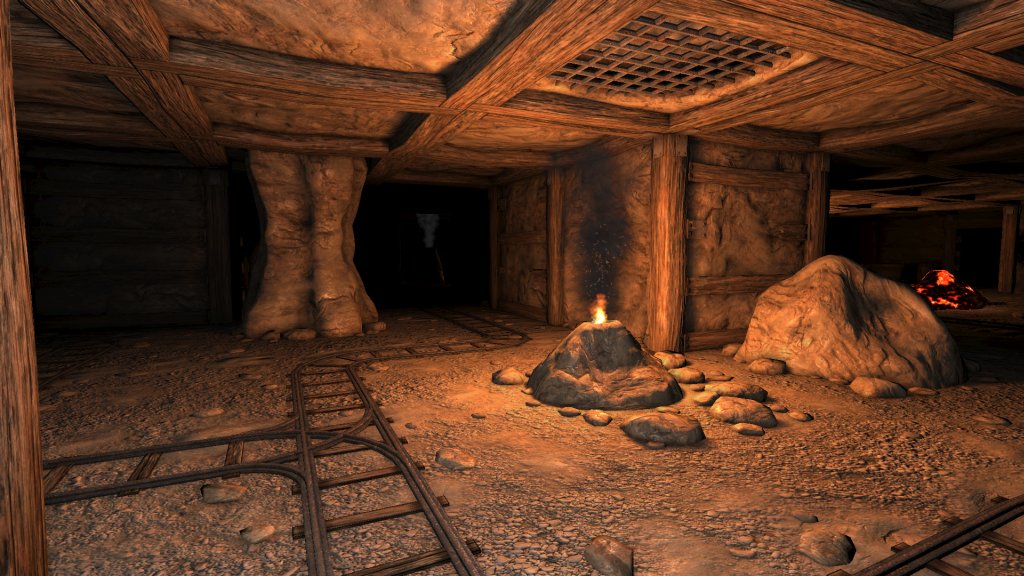 A majority of puzzles are cleverly crafted often requiring quick timing, sharp reflexes and a small degree of accuracy with placing rocks on touch plates. Many of these found throughout the mine are not replicas from the base game, including new effects for a few evident with the faith bridges, therefore coming across as refreshing to attempt and solve. I definitely enjoyed myself figuring out the solution to the puzzles which avoid being vague by offering just enough hints to figure something out and are usually quite intuitive. Four in particular caught my interest the most; Pitfalls, Midnight, 4×4 and the Ogre segments were amongst my favourites, especially the latter for being incredibly tense. Notes can be found scattered about the mine written by Malik, an ‘adventurer’ who had previously gone through here before your own party, providing brief hints at a puzzle and other times, just simple exposition pieces which can be quite humorous to read. 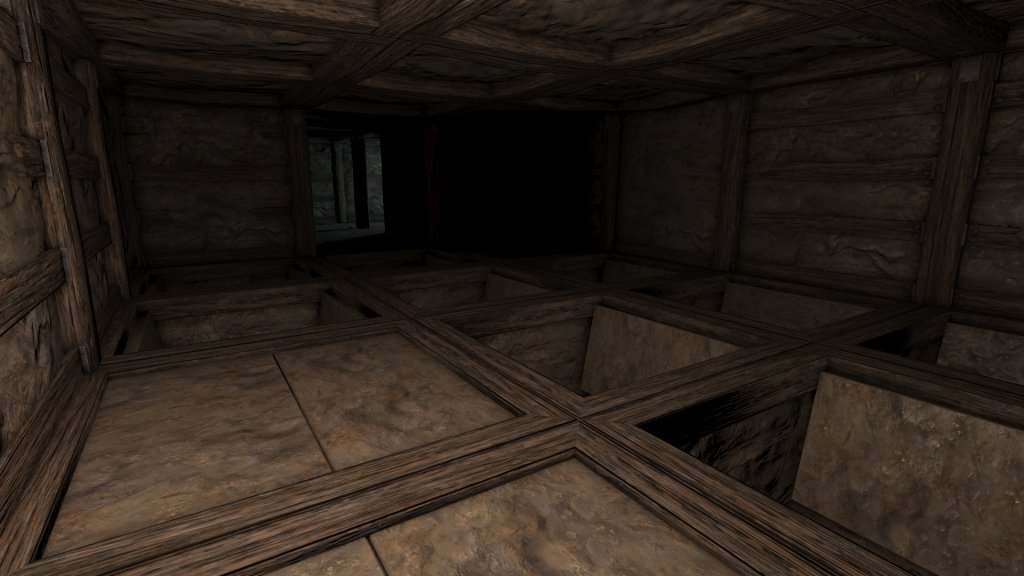 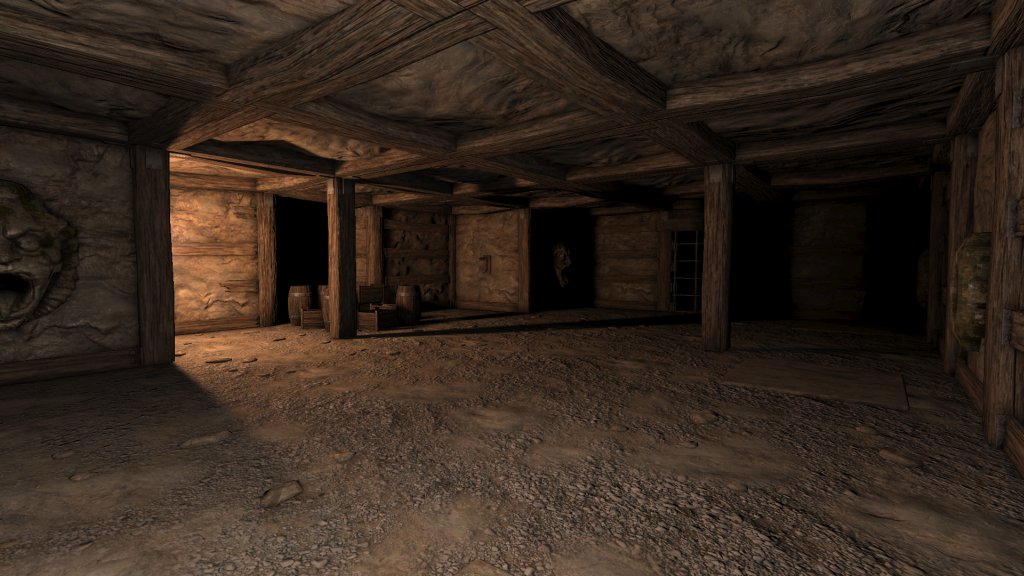 Over time the difficulty balances out pleasantly for a few floors while ensuring its ambushing aspect remains a viable threat. The fourth floor is when gameplay becomes tougher once more, where several areas are dangerous to navigate through for a number of reasons, one example being the incredibly annoying Shrakk Torr nest. I dreaded going through this place after having to attempt it many times, mainly due to its claustrophobic, maze-like layout and dead ends with pits. Took me a short while to realise how to stop the Shrakk from spawning so frequently to lighten the burden. Can’t doubt that it felt good to conquer this area though. The final floor of Vael is then rounded off with a pretty neat boss encounter, while a little too frustrating and fiddly for my tastes, it does conclude an enjoyable dungeon off well. 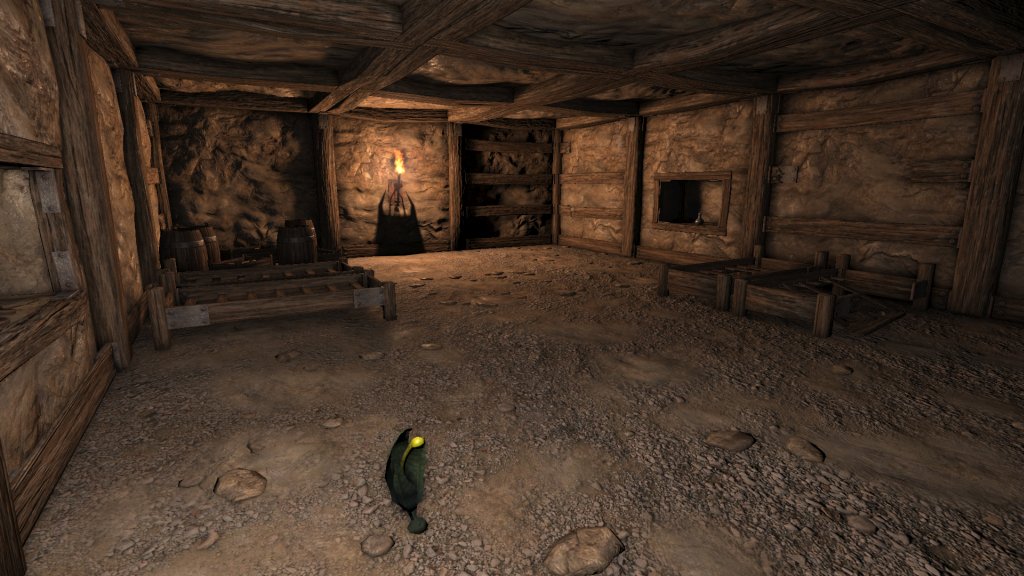 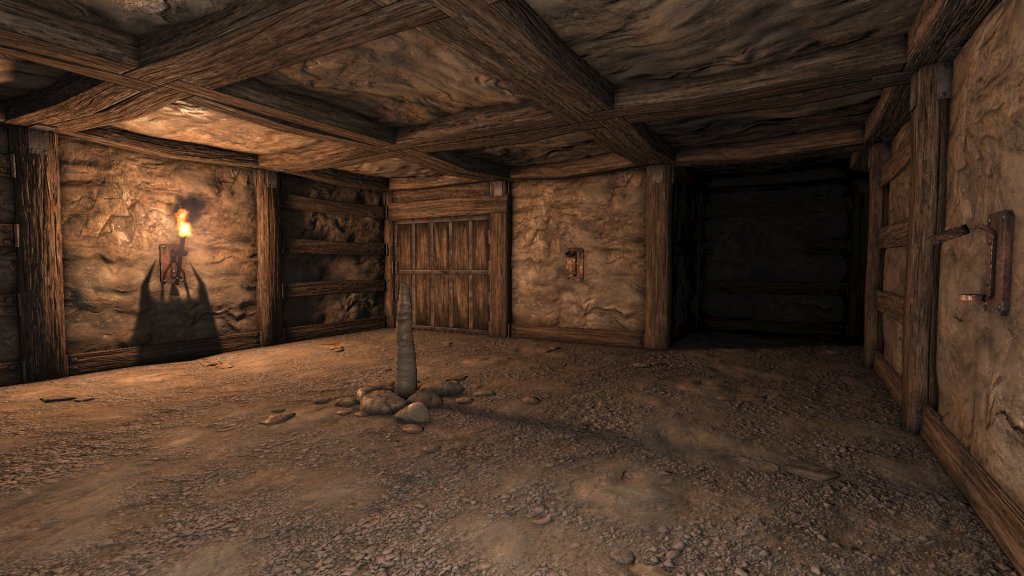 The mine theme brings a new environment to Grimrock, remaining consistent with the vanilla assets and is visually pleasing with varied decoratives. Gameplay has a balance between intuitive puzzles, worthwhile secrets and tough combat encounters with tense ambushes thrown in for good measure.