Medium sized, industrial themed level using the CR8 texture set, with gameplay that has an emphasis on exploration to help tackle what lies ahead or risk a world of hurt.

Much like the title of this level bluntly suggests, this is a scenario in which exploring around for supplies will be an important factor in survival, with most of the health and ammo pickups being located within niches and areas locked down by shootable buttons. The difficulty can get pretty tough at times if enemies give the player any hassle, because the lack of health items being left out in the open for that needed breather can quickly become fatal, encouraging careful progression while keeping a close eye out for any potential caches. Base enemies play dominance here, with Scrags and Ogres playing a secondary role by situating in most of the vertical space. Other demonic types do make an appearance toward the end game segments, of which pose little concern for they can be easily tackled and are underused. The regular Grunts are honestly the main foes to be most wary of here, including those who hide behind windows taking pot shots. As long as their attacks are avoided the journey does become considerably less painful. 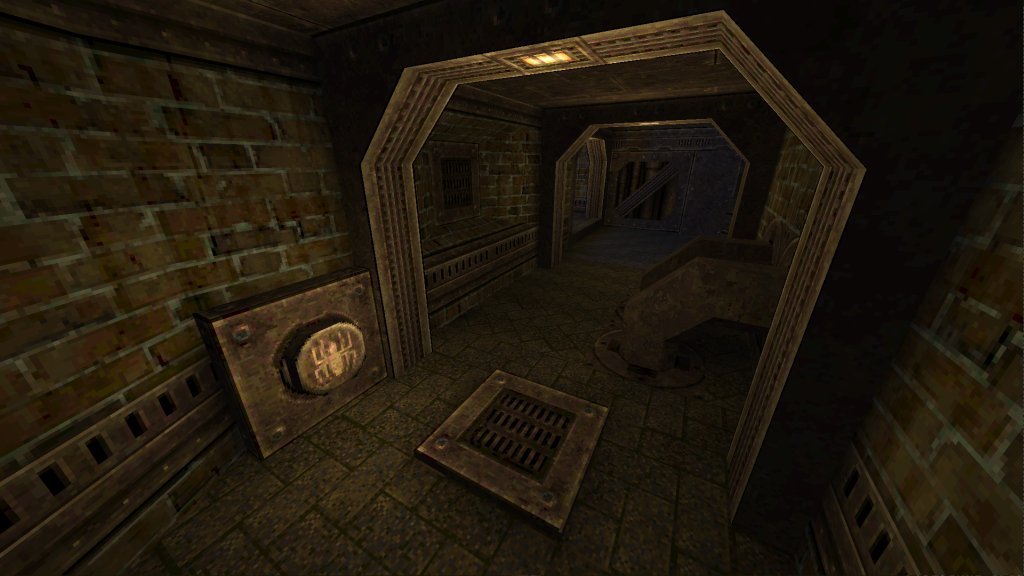 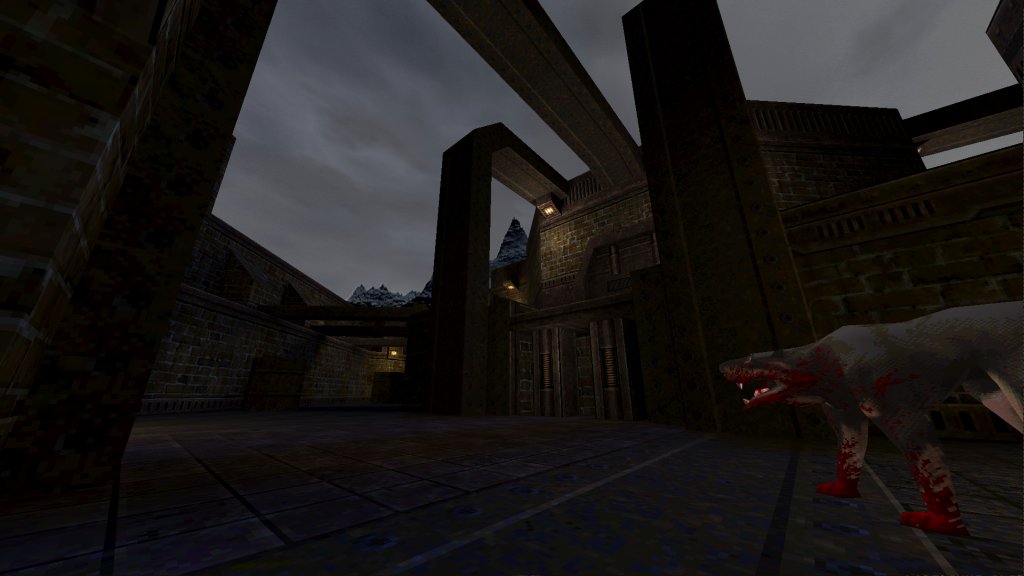 EoD approaches an industrial style of theme using a custom texture set of metal and brick, and does an excellent job at utilising them to create pleasing visuals, presenting clean and tidy texture alignment with very few hiccups, complimenting the architecture and feeling right a home while driving home that rustic over-worked environment. Coloured lighting has also been put to good effect and only used where it makes the most sense. Outside has this blue ambient hue giving away that sense of late evening and helps to separate from the indoors locations. Red lighting is used to grab the attention of the player and placed beneath weapon pickups, though there was one instance which didn’t appear to hold anything too important nearby. Murky yellow is then found within the deeper interior sections of the facility for variety and creating a mood of overuse and eventual abandonment, relying on old lights on their way out. 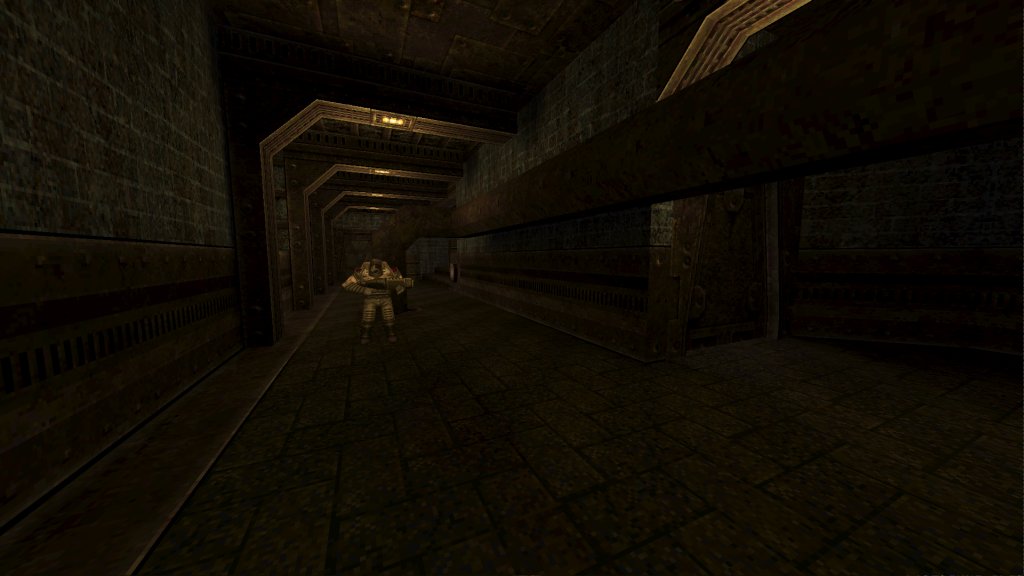 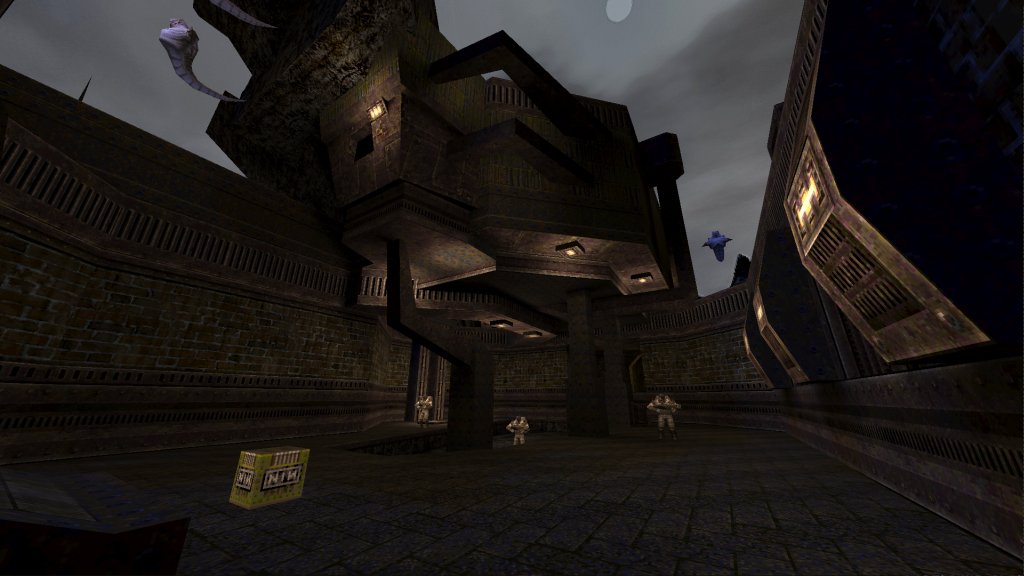 The emphasis on exploration due to the lack of ammo and health available in the open provides a twist with gameplay and encourages careful progression onwards to avoid being damaged too much, especially by the Grunts. An enjoyable experience within a visually pleasing industrial environment and excellent use of textures.