The EDF have begun a project to discover the mysterious red sun at the edge of the universe and have joined forces with the Aliens to assist. As one might have expected, they betrayed the truce and have taken over the station. Duke is sent in to deal with this problem to terminate the traitors and destroy the outpost.

Takes place on board a space station near the titular red sun, approaches a visual style unlike the ones typically used for space theme. Using a selection of rustic and dark industrial textures, the station almost appears as if it has been in abandonment for many years and has quite a foreign tone being there beside the control panels. Interiors are shown to have plenty of shape going on from short ramps, hexagonal windows and many curved edges, and some places also come accompanied with alien infestation to fit along side the back story to break up the theme. Lighting is achieved well offering a range of bright and dark areas and casting shadows as light shines through the station windows, tying a room together with the depth this creates. 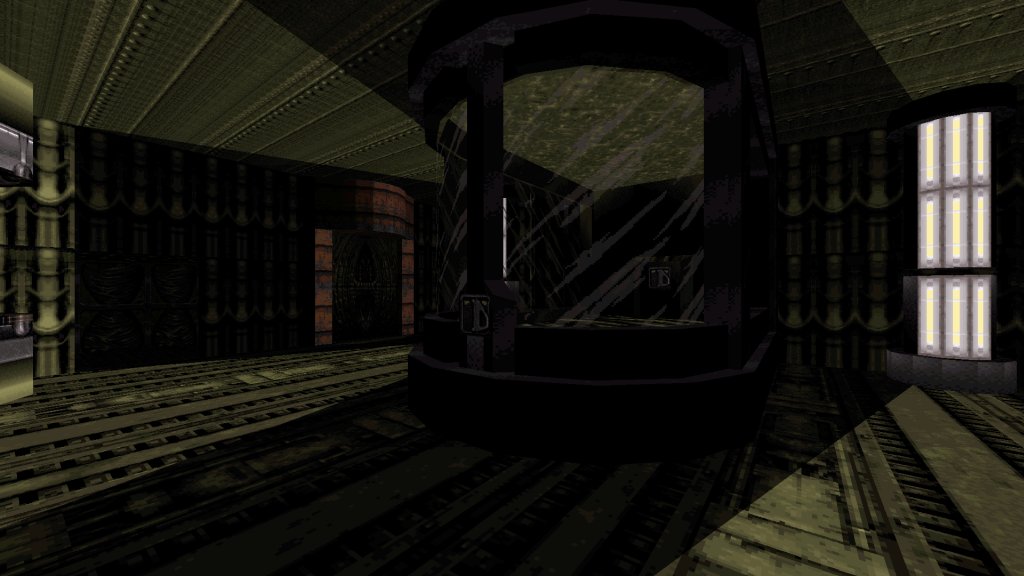 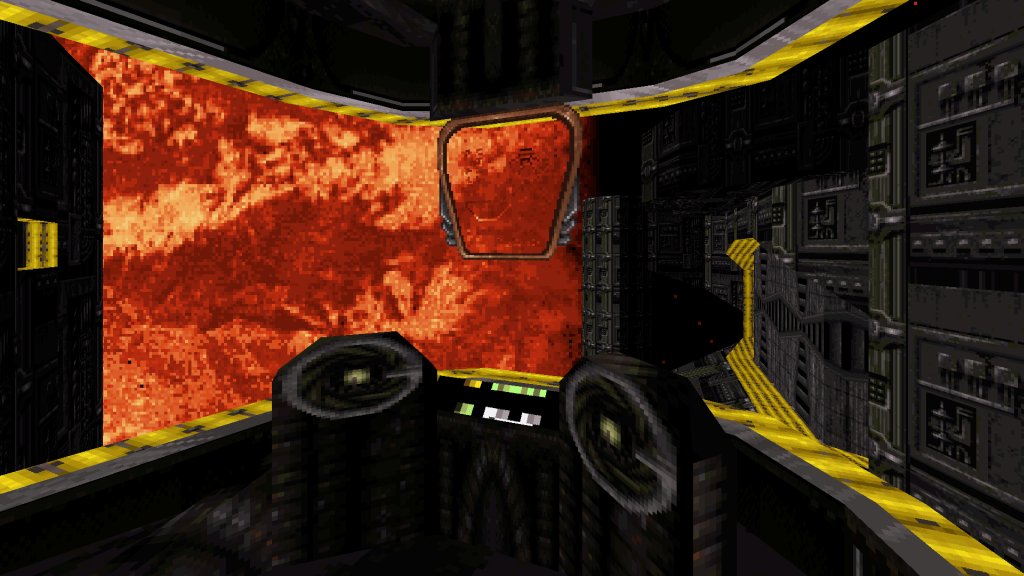 Gameplay is definitely in favour of the player, being provided with more than enough ammunition and a variety of weapons to get through combat unscathed. I managed to locate four atomic health items, not limited to secrets, and barely found myself taking much damage inbetween each one. It wasn’t until around the double Battlelord fight I began to see the numbers dropping. Most opposition is limited to small groups of foes waiting for Duke’s arrival and tend to throw in a few different alien types. Progression is mostly linear with some minor backtracking after activating a switch or to pick up the blue keycard. I didn’t like the one switch in the upper pool room being hidden behind a masked wall though, which is required to progress onwards and the niche isn’t made obvious and only stumbled into it accidentally at the time. 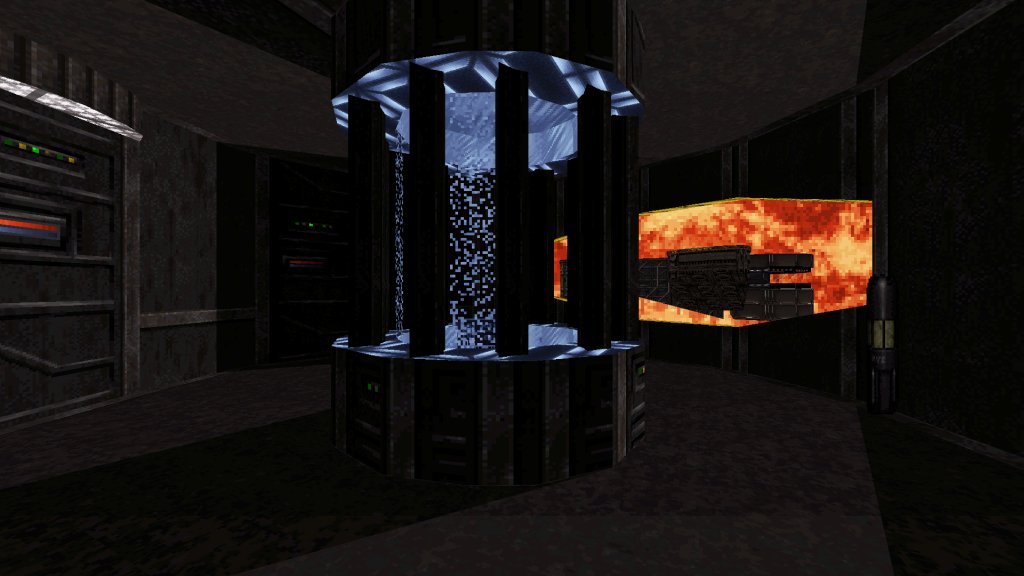 Space theme offering a nice twist toward design using a rustic industrial style accompanied with alien infestation and great use of lighting brings something fresh to the table. Combat on the other hand is a walk in the park.