Single large chamber which uses discouragement beams and pivot cubes, requiring some thinking and experimentation from both players as they work in separate areas.

Redirection offers a decent chunk of teamwork in order to redirect the discouragement beams through nodes using a mix between portals and pivot cubes, the overall goal is to activate a hard to reach socket. However this must be achieved by using two separate rooms, forcing players to split up and help out on their own end when the beam is pointed their way. Good communication and coordination will be useful here, but can be completed with each players own initiative for their assigned tasks. It was a good challenge to figure out, which may have different solutions. To even get to this point though, finding a way past the forcefields and laser grids will be essential, using some of the other devices within the chamber. From the design, I especially liked that the observation window was a major source of lighting into the area, casting off shadows and creating a bit of an eerie mood. 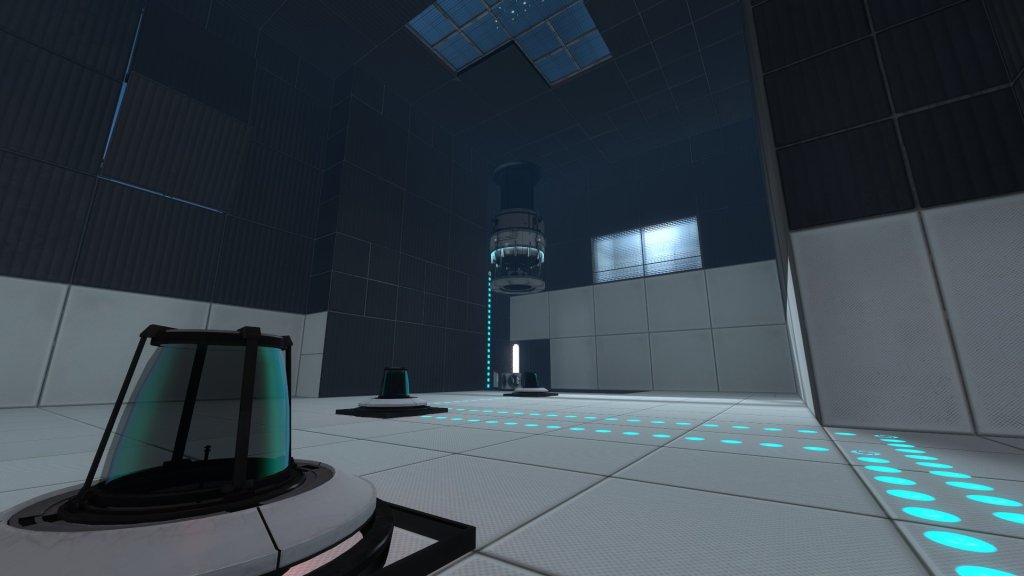 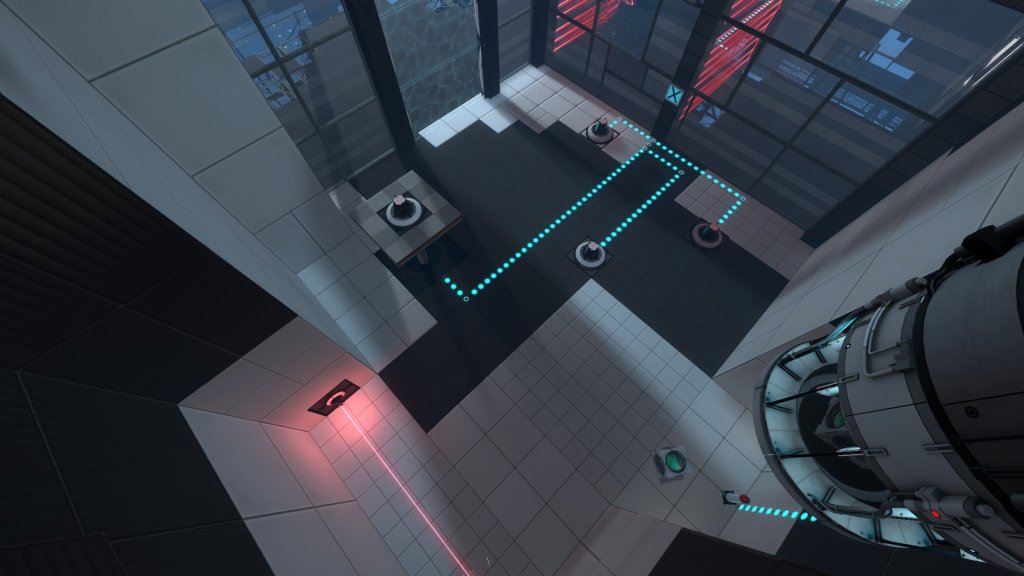 The main puzzle gets both players thinking, separating them into different areas to figure out the best method to redirect a single discouragement beam and unlock the exit, encouraging experimentation.